Check out this fantastic new release…
Read Dia’s Review…and don’t forget to enter the Giveaway!
You don’t want to miss this book…grab your copy today!
More details below!😀 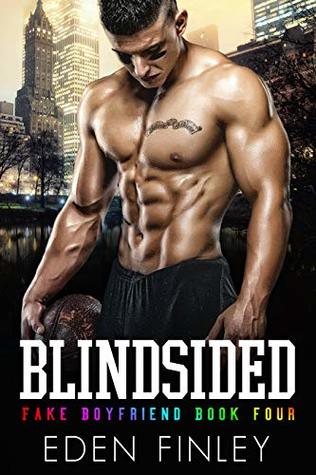 𝐌𝐢𝐥𝐥𝐞𝐫: When Talon left to play pro ball six years ago, the hole in my chest confused me. I focused my heartache into making my own NFL dreams come true, and by the time I was drafted, the longing I had for my best friend was buried deep. Now he wants everything to be like it was in college, but we can’t have threesomes and be reckless like we once were. The media storm would be enough to break both our careers. That’s not my biggest concern though. The torch I had for him burns brighter after so long apart, and there’s nothing I can do about it. Marcus Talon is straight. I need to stay away from him.

𝐓𝐚𝐥𝐨𝐧: Years ago, Miller and I made a pact that we’d win a Super Bowl together. When I’m offered a position on his team in Chicago, I don’t hesitate. I move across the country to chase a dream that’s a decade old. Only, now that I’m here, he’s avoiding me every chance he gets. If he was anyone else, I’d cut my losses. But this is Shane Miller–the guy who makes everything better just by existing in my universe. The guy I’d do anything for. The guy who’s more to me than a brother, a friend, or even a teammate. I’m not going to let him get away.

–Blindsided is a full-length MM novel with an HFN/HEA and no cliffhanger. Unlike the other books in the Fake Boyfriend universe, Blindsided does not contain a fake boyfriend trope.–

I absolutely loved this one!! It’s book #4 in the Fake Boyfriend series by Eden Finley and this one doesn’t include the fake boyfriend trope as the other 3 books. But it was great! I’ve only read the previous book, but I can honestly say I definitely loved this one much more! #teamSharkus all the way!

I’ve read it in one sitting and I was late at a birthday party because I just couldn’t put it down. Sorry, not sorry! I enjoyed the previous book, Deke but this one really kept me glued to the pages.

I think this book can be read as a stand-alone, but it’s best to have some ideas about the characters from the other books who pop up from time to time. From Deke we get Ollie and Lennon, but also Matt Jackson and Noah from Trick Play.

I absolutely adore friends-to-lovers stories! Especially when one of them is super clueless, like Talon here. Straight Talon…Shane Miller and Marcus Talon used to have many threesomes in college, but there was always at least a woman between them. 6 years later and they are playing for the same NFL team in Chicago. 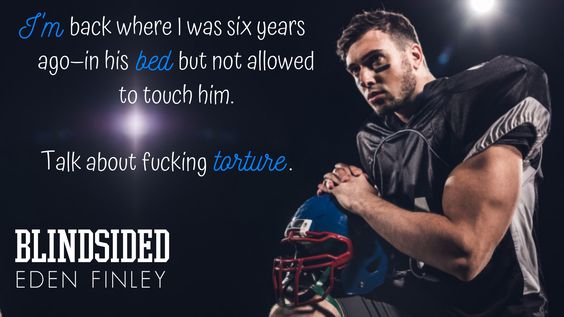 Old habits die hard, but now Miller has decided to protect his heart and does his best to keep his distance. Which confuses Talon… 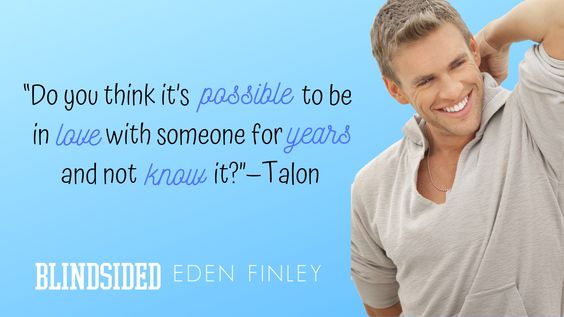 I loved the banter between them, loved the way Talon needed to have Miller close and wanted to know why he’s pulling away.

“It’s not easy- loving someone you know other people will have opinions about. It’s not easy being anything society doesn’t expect you to be. But when you’re with the person who was literally created with the sole purpose of being your other half, there’s no way to fight it.” 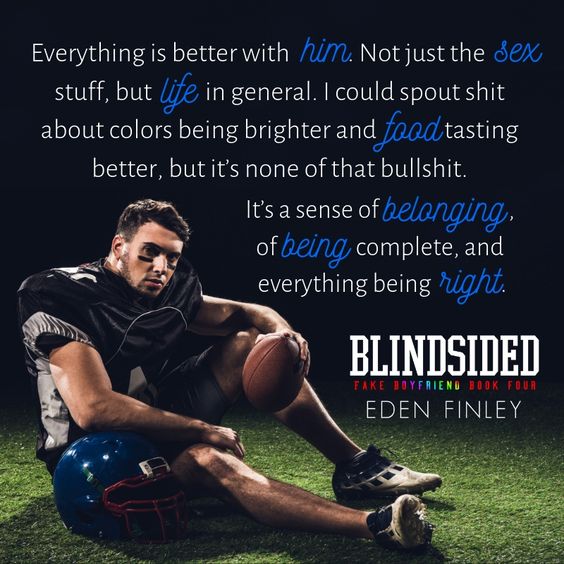 What I loved most here was Talon’s coming out! His determination. I must admit I enjoyed Talon more than Miller. His insecurities were all over the place.

I really loved, the writing. This story was super HOT, hilarious and also sweet at times! Looking forward to reading the next book, Hat Trick which is Jet and Soren’s book.

I highly recommend this book! 💞

Eden Finley is an Amazon bestselling author who writes steamy contemporary romances that are full of snark and light-hearted fluff. She doesn’t take anything too seriously and lives to create an escape from real life for her readers. The ideas always begin with a wackadoodle premise, and she does her best to turn them into romances with heart. With a short attention span that rivals her five-year-old son’s, she writes multiple different pairings: MM, MMF, and MF. She’s also an Australian girl and apologises for her Australianisms that sometimes don’t make sense to anyone else.