Check out this fantastic new release…
Read an Excerpt, Wendy’s Review…and grab your copy today!
You don’t want to miss this book!
Don’t forget to enter the Giveaway at the end of the post!😀 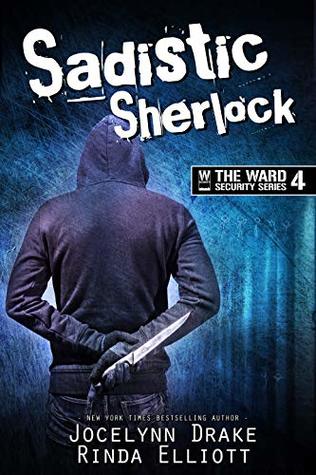 Ten years ago, Dominic Walsh faked his own death. With no true identity, it wasn’t hard. But if he’d stayed, he would have been drawn further into a life he’d never chosen. He has friends and family at Ward Security now and has managed to escape his dark past. There is only one thing he truly wants…Abraham Stephens.
When Dom was first tasked with watching over his friend’s father, he didn’t expect to fall so hard for the gorgeous silver fox. But Abe is interested in friendship only. He’s at a point in his life where he wants something permanent, not a romp with the sexy redhead who happens to be the same age as his son.
But Abe finds himself drawn deeper into Dom’s life when cryptic messages start appearing—ones that frighten the skilled security specialist. The more Dom tries to hide what’s happening, the more Abe wants to help him.
And maybe, just maybe, he’ll find a way to trust the strength of the bond Dom understood from the start. 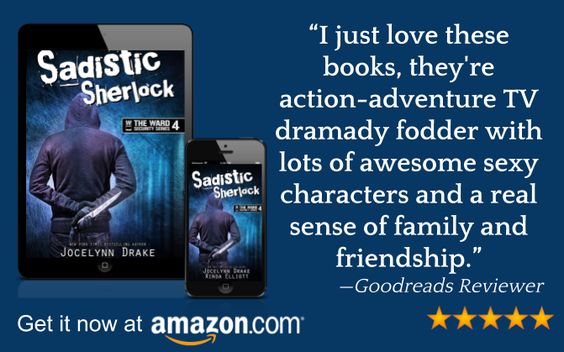 I have been a huge fan of these two authors since I started the first book in the “Unbreakable Bonds” series, a couple of years ago. This did not change when they started their spinoff, the “Ward Security” series.  Sure, some books I loved a bit more than others (with some I mean “Devour“), but I definitely enjoyed all of them 😉

I am glad to say that I very much enjoyed reading this one. I have been curious and Dominic and Abe since I read Dantes Unglued…I would not advise trying to read these books as stand alone. The number of characters, and who they are exactly will have your head spinning, so best start with the first book in this series…or better, the Unbreakable Bonds series if you haven’t yet.

I have a bit of a confession to make.. I am not a big fan of May/December books. The whole age-gap thing does nothing for me (don’t throw food please).

I also don’t have a “silver fox kink”….which my husband greatly regrets 😛 So whenever I start a book with an age-gap and an MC reaching the age of 50…I get a bit apprehensive. I can’t help it, we all have our preferences.

Anyways…back to Dominic and Abe. This was a bit of a slow build… and I got a bit antsy because nothing was happening !! Well, I should not have worried, because pretty soon everything was happening and my feelings were all over the place !!

There were times I felt I was watching a movie, instead of reading a book… It even had a very famous actor, who was funny as hell, if I do say so myself 😉 I hope there will be more of him in future books. He could use his very own alpha man I think. 😉  It also has one of my most hated characters ever. I was actually surprised by my amount of hate for James…

Thankfully there was also a lot of sweetness and Dom and Abe definitely burned up the sheets 😉 It was so hot seeing Abe finally exploring his bi-sexuality. I also appreciated seeing some of my all-time favorite characters again…even if it was for just a sec…(I LOVE YOU HOLLIS!💗)

I really enjoyed reading this one, it was very entertaining…there was some mystery, suspense, steam sweetness and lots of humor…

I highly recommend this series! 💕

Dom insisted on helping him clean the kitchen, and it took all Abe’s concentration to not attack the guy. He wanted to lift him up on the counter and—

“That’s it,” Dom announced. “I can’t handle the way you keep looking at me.” He threw the dishtowel he’d been using and backed Abe into a wall this time. He braced both hands on either side of shoulders and stared hard at him. “We’re doing this at a slow pace. I mean it.”

“Stop being so fucking bossy and come here.” Abe grabbed him and yanked him in for another kiss that rocked his world. The man kissed like he wanted to devour Abe, like he could pull air from Abe’s lungs to survive on that alone. He had a naughty tongue normally—Abe never knew what was going to come out of his mouth—but it was also playful and so damn sensual when he slid it into Abe’s mouth. He wanted that tongue all over his body.

They kissed until his lips became sensitive, to where every rasp of Dom’s lips sent nerves tingling like he was being zapped with tiny bursts of electricity.

Dom pulled back and he kept going until his back hit the island. “Take off your shirt.”

Abe didn’t even hesitate. He was too far gone to worry about his forty-nine-year-old body at this point. If Dom didn’t like him as he was, if he didn’t want to do this again, then Abe would take this one shot to see him, to touch him, and he’d love it. He stepped back and pulled off his Henley and stood there, letting Dom look. “Yours too.”

“In a minute,” Dom breathed as he leaned back against the island and leisurely ran that hot gaze over Abe.

It took all his control to stand still, because he wanted to maul Dom. There wasn’t another word to describe what he wanted to do. Grab him, throw him against the wall or on the couch and just…take him apart. Feel all that searing skin against his. Rub his cock against that taut body…

Dom grinned in that oh-so-wicked fashion of his and crooked a finger. “Come here.”

But Abe had a better idea. He grabbed him and pressed him back into the wall. Dom didn’t wait for him to take the final step close before his hands were on Abe’s chest and his fingers were combing through his chest hair. He ran one palm down Abe’s belly, which didn’t have the bumps and ridges of muscle that Dom’s had. But he couldn’t discount the complete desire he saw in those green eyes and the very hard dick showing in his jeans.

Abe slowly reached out and ran one finger down that hard ridge, and the back of Dom’s head thunked on the wall. “If I come in my pants, no comments about the age thing. I’m thirty-two damn years old and you have me so hot, I’m about to be humiliated for life.”

“I didn’t think you’d be seeing my boxers tonight, or I would have worn the Batman ones. They’re way hotter.” Dom smirked.

Who are Drake & Elliott?…Jocelynn Drake and Rinda Elliott have teamed up to combine their evil genius to create intense gay romantic suspense stories that have car chases, shoot outs, explosions, scorching hot love scenes, and tender, tear-jerking moments. Their first joint books are in the Unbreakable Bonds series.

One lucky winner will receive a $25 Amazon Gift Card.