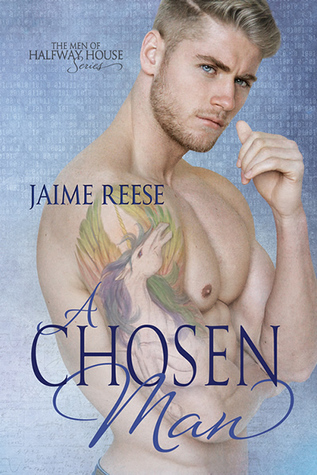 For Wall McCormack, actions speak louder than words. He’s giving and protective, loyal to his friends, and devoted to his job. While confident and powerful enough to conquer any challenge, his greatest strength lies in his calm nature. Until an unexpected assignment sends his world into a loud and colorful chaos he never could have anticipated.
Rejection. It’s something Dylan Vaughn has known his entire life. But he’s a tough nut to crack and refuses to break. Armed with a sharp tongue and brutal honesty, he pushes through life and at anyone who attempts to take him on. Except for the quiet guardian who piques his interest and dares him to want…more.
When Dylan’s past comes back with a vengeance and jeopardizes their growing connection, Wall will stop at nothing to protect the younger man and remain by his side. But convincing Dylan that someone accepts the real man behind the cocky facade might prove to be Wall’s greatest challenge yet.
With his freedom on the line, Dylan must trust the strength of their bond and confront the forces threatening their future. Only then will he realize the dream of acceptance is real and finally have a place to call home.

I was so very very happy when Jaime announced, that she was releasing another book in the “Halfway House” series. I have enjoyed reading all the books in this series,  but “A Restored man” man has always been my favorite. You want to know why ?? Well because of Cole Renzo of course!! So imagine my giddiness, when I found out about Dylan’s sharp tongue and brutal honesty…It reminded me a bit of Cole’s food in mouth syndrome. 😛

Detective Wall has been introduced to us as in “A Mended Man” and I was very curious to see how this would turn out, with Wall being the very quiet man that he is, and Dylan obviously being the complete opposite. 😉

Dylan has just been released from prison after pulling a big hack (he didn’t mean to…I swear). Dylan is quite the genius and he has a photographic memory, which means codes and coding, are like a walk in the park for him. It’s where he feels most at home, behind some sort of computer, coding away. 😉

When Dylan’s past comes back to haunt him, Wall is tasked with “Halfway House” security. It soon becomes clear though, that if Dylan’s stays at the house, everyone else will be in danger too… And so Wall offers to take Dylan someplace safe…I didn’t take me long to see that these two had instant chemistry…It was very obvious from the start that Dylan wanted to climb Wall like a…well like a wall. 😛

Both men have been hurt in the past and neither one is willing to just open up and trust. It takes some time for them to get there…but no worries this book is long, so they have time. 😛

I loved how well they fit together. I guess opposites really do make the best couples. I had the best of time reading this one, and I am so happy I got to see some of my favorites again. Now as much as I liked seeing the old crew…I also fell in love with some new characters…Ox, man you are really amazing and Maggie you are the greatest mom!!

I highly recommend this book, as well as all the others in the series! 💕