We are happy to welcome Nicholas Bella, to talk about the new book,
THEODEN A New Haven Series Prequel
Check out this fantastic book, read the Guest Post, an Excerpt…and grab your copy today!
You don’t want to miss this book!
Don’t forget to enter the Giveaway! 😀 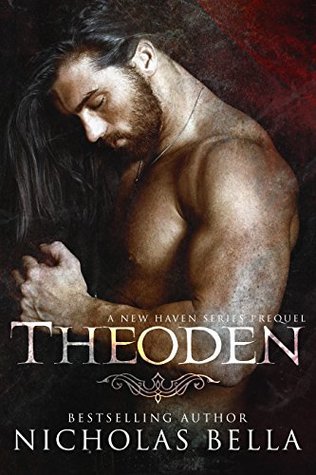 My name is Theoden, this is the story of my life. Apparently, there has been a huge demand for me to tell it. Normally, I do what I want, unless the command comes from my Sire, Ara. But, revealing the tale about how I became the powerful vampire Prince of the City is something I think I will enjoy telling. You’ll see my first mission for the church, my first kill, the life-changing moment when I lost my virginity, and how I chose my first son, all of the things that mean something to me, that made me the vampire I am. So, sit back, and give me all of your attention, as I want your eyes on me. Now, let’s begin.
Prepare to be entertained to new heights as Theoden delivers you a unique tale of his life from childhood to the vampire Master you know him to be.

Thank you for giving me this amazing opportunity to talk about myself and this book that I’ve written. When I first wrote the New Haven Series, I wasn’t so sure where I’d take this story. I only had the idea that I wanted to see the hero of the people, a rebel, get captured by his enemy and turned into the thing he hated most of all. That was Noel’s story, but as I wrote it, it evolved into something more. This whole world began to grow bigger, sexier, more dangerous, and opportunistic. Characters came out of the woodwork to breathe even more life into the series. It’s become a beast in and of itself, with no signs of slumbering.

It was around the second season in the series when fans started asking for Théoden’s story. How did he become the vampire master that he is? There were little hints of his past weaved throughout the series, but nothing that went into depth, leaving Théoden somewhat of a mystery. So, in 2016, I wrote a 11k short story detailing the moment of his embracing for an anthology. But, I knew that wasn’t enough, or good enough for my fans. I really had to pull the curtain back. So, when I got the rights back to the story, I decided to break down the significant moments in Théoden’s life that shaped the man and vampire he became. It’s truly an adventure, one that is sure to leave new and current readers breathless.

So, if you do decide to dive into Théoden, make sure you have an open mind and a desire to be highly entertained. I hope you enjoy. 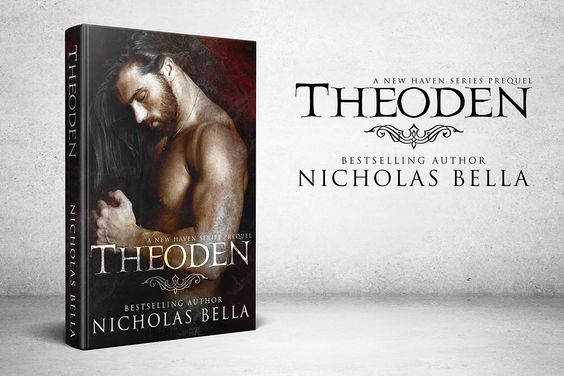 Excerpt from Theoden
Copyright © 2018 by Nicholas Bella All rights reserved.
~*~

Once I was outside in the garden, I could no longer hold back, and I vomited blood onto a rose bush. But once it was out of my stomach, I felt better. For me, sex would never overflow, but blood could. Another lesson learned. I wiped my mouth with the back of my hand and, before I could take to the skies, three vampires appeared before me.

“Where do you herald from?” one of them asked me. He gripped a silver dagger in his hand a little more tightly as he waited for my reply.

I looked at each one them, gauging them and their positions to my own. I didn’t fear them because I knew just how powerful I was and I was confident in my training. This was the other part of my mission, one that Ara was certain I would encounter.

“From the Kingdom of Ara, my Father,”I declared proudly. Ara wanted me to do so, and in doing so, leave my mark.

“Is this a declaration of war?”the same vampire asked.

I shrugged. “I think not. I had an old debt to settle.”I gestured toward the rectory, and then to my clothes that were covered in the blood of my victims.

“You dare kill on our territory!”another vampire said.

“Breaching another vampire King’s territory without permission is punishable by death,”the first vampire said, then he advanced on me. He was fast, as fast as Nolan, and I had to react quickly before he could plunge the blade of his dagger into my chest. Thanks to my training with Tylendel, I knew the silver could not kill me, but it could weaken me, and that, I could not allow.

I grabbed his wrist just as the tip of the dagger pierced my flesh, burning my skin. I didn’t hesitate to take advantage of our close proximity. I sank my fangs deeply in his shoulder and injected as much venom as I could.

He cried out, and I pulled back. He released his grip on his dagger and staggered back. The other two vampires looked at him and glared in shock as his skin began to turn pale. Sweat poured from his pores as his veins began to protrude through his flesh, looking bright red against the nearly translucent skin.

I didn’t know the effect a dragon’s venom could have on a vampire and still didn’t know, as I was only half dragon. But its effect was deadly and looked to be extremely painful as the vampire had been rendered powerless against my bite until he died. I looked at the other two vampires and aimed my hand at the one who had not spoken a word, then conjured up my flames, releasing them in his direction.

The other vampire dashed out of the way, his sword drawn, but he stayed his position as he watched me burn his companion into a cinder. The vampire howled as he spun around in an attempt to extinguish the flames, but he couldn’t. I controlled them and only relinquished that control once he fell to the ground, motionless.  The last remaining vampire was thinking about fleeing or fighting, which was the only reason he was still there. In the end, he decided to flee, and I chased after him.

I was shocked that I had caught up to him because I could sense his aura and knew he was at least a century older than I was. I tackled him to the ground and he rolled over, scooting away from me.

About me? Hmmm, I’m just a person with a wild imagination and a love for words who was sitting around the house one day and said, “Why hasn’t anyone written a book like this before?”. As with every storyteller, I wanted to share mine with the world. I like my erotica dark, gritty, sexy… and even a little raunchy. I’m not afraid to go there and I hope you aren’t afraid to go there with me. When I’m not writing, I love watching movies and TV shows, clubbing, biking, and hanging out with family and friends. I love life.
I’d love to hear from you, feel free to send me a shout out!