Together, they have to deal with their blooming affection for each other, their family’s homophobia, their own prejudice, lust, jealousy, and violence. In true anti-hero fashion, they do so in most morally ambiguous ways

WARNING: Adult content. If you are easily offended, this book is not for you.
‘Guns n’ Boys’ is a gritty story of extreme violence, offensive language, abuse, and morally ambiguous protagonists. Behind the morbid facade, there is a splash of inappropriate dark humor and a love story that will crawl under your skin. 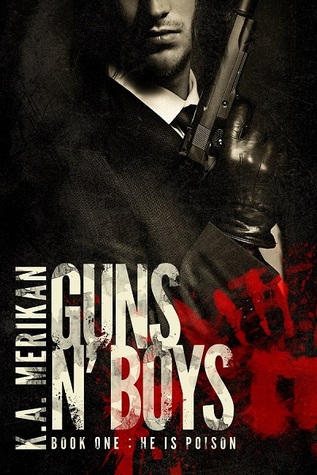 Domenico Acerbi grew up in the shade of Sicilian lemon trees ready to give his life for the Family. Ready to follow orders and exceed expectations. A proud man of honor.
When Seth, the younger son of the Don is kidnapped, it’s Domenico who is sent to get him back. The man he finds, though, is not the boy he knew all those years ago. Lazy, annoying, spoiled, and as hot as a Sicilian summer.

Seth Villani wants nothing to do with the mafia. Unfortunately, he doesn’t get a say when the Family pulls him right back into its fold after his mother’s death. Thrown into a den of serpents otherwise known as the Villani Family, Seth has to find a way to navigate in the maze of lies. But when Domenico Acerbi, the most vicious snake of them all, sinks his fangs into Seth, the venom changes into an aphrodisiac that courses through Seth’s veins.

Domenico knows his life is about to change when he gets the order to train Seth up to the role of future Don. Seth isn’t made for it. He isn’t even made. But a man Domenico knows he would never have to fear might just be someone he’s always needed.

If Seth is doomed to follow in his father’s footsteps, he might as well enjoy himself—with the most intoxicating man he’s ever met. Maybe he can even fool himself into believing that Domenico isn’t a handsome sociopath who kills for a living. 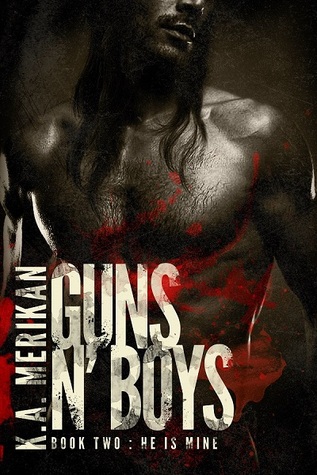 A wedding should be a joyful affair, but it is far from that for Seth Villani. Thrust into an arranged marriage, back under the same roof with serpents and wolves who are his family, Seth has to watch his back if he is to survive until the despised event. Though with his love affair with Domenico Acerbi slipping out of his grasp, and his father forcing blood on his hands, sometimes Seth wishes the dark waves of the sea nearby could swallow him whole.

Coming back home to Italy is full of bitterness and regret for Domenico. He knows he will have to see Seth, the first man who’s found a way to his heart in years, walk down the aisle and marry. Seth belongs with Domenico, and having him ripped out of his arms is an offense he cannot bear. Yet despite the tension between them, and the growing resentment, Domenico still needs to watch Seth’s back, because there’s a target on it, and no matter how much Domenico doesn’t want Seth to marry, he will not have him dead. 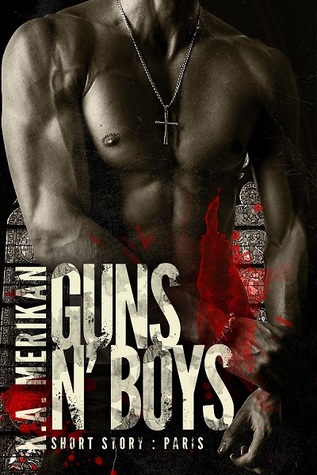 This is a short story special accompanying ‘Guns n’ Boys: He Is Mine (Book 2)’. It doesn’t pick up after the end of Book 2 but is a story of what happened to Dom and Seth on Christmas Eve in Paris.

All Seth wants is a Christmas Eve to remember, with the man he loves. When Dom invites him to Paris, his dreams are about to come true. But the man waiting in the apartment they are to stay at changes the course of the trip. To Seth’s surprise, religion is a bigger issue for Dom than he’d thought, and it’s on a collision course with Seth’s atheism.
Their first Christmas together might end up memorable for all the wrong reasons. 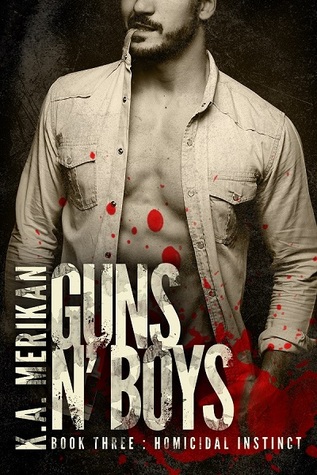 You can take a killer’s memory, but not his instinct

All Seth wants is to live free with the man he loves. But escaping death at the hands of the mafia is just the beginning of an uphill struggle. When Domenico wakes up from his impromptu surgery and doesn’t even remember Seth’s name, Seth’s world falls apart. Suddenly it’s him who has to plan an escape from New York City and navigate their way to Mexico. All that without even knowing if the man of his life will ever love him again.

Domenico doesn’t know who to trust and what to believe. The man who introduces himself as his brother seems to hide dark secrets behind a cheerful smile. With the mafia breathing down their necks, there is no time to piece together the puzzle of Domenico’s life, and each time he thinks he’s solved it, a new part appears to be missing. Dom needs to find out who he really is, what he’s capable of… and what is the real story hidden behind Seth’s intense eyes. 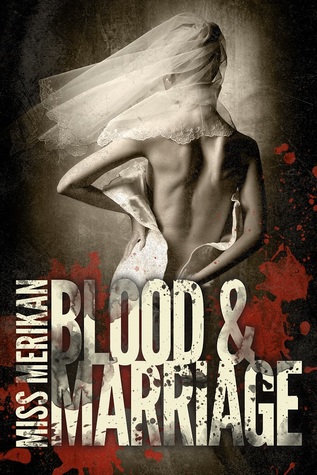 He was not Prince Charming. He was the dragon to consume me.

As the daughter of a mafia boss, I knew that keeping my head down meant staying alive.
So when my father arranged my marriage to a Sicilian mafioso, I smiled and nodded, hoping for a kind man.

But then my future husband’s cousin, Santo Villani, appears to pick me up for the wedding, and my life turns upside down, shattered by a kiss that shouldn’t have happened.

Arrogant, cocky, and yet irresistibly charming, he’s exactly the kind of man I shouldn’t be reaching out for. A dangerous mafioso who isn’t afraid to taste forbidden fruit.

I am torn between duty and passion, but my wedding is set in stone, so no matter which one of them wins, I will fall on their battlefield. 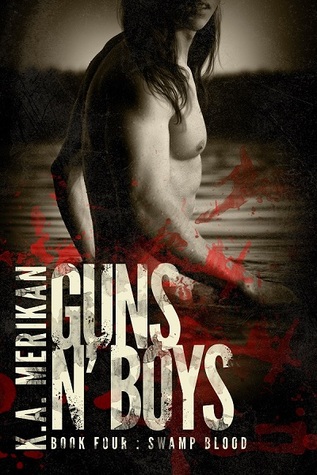 Faking their own death was the easy part.

After months of recovering from his injuries, Seth struggles with who he has become. Afloat in a reality he never planned, he tries to find the lost pieces of himself again. Find the purpose, motivation, and strength to get back into shape. He is sick and tired of being a burden for Domenico, who seems to have it all together. When Domenico’s jealousy pushes them into the spotlight of a biker gang with connections to their former mafia family, Seth decides to step up, and make his own decisions, no matter what risks they might entail.

Domenico Acerbi can’t trust anyone. Nightmares of Seth’s torture are still haunting his dreams, and if he and Seth are to leave the country quietly and disappear off the mafia’s radar, he needs to stay in charge and keep everyone under control. What he doesn’t need is Seth giving him attitude, keeping secrets, and distancing himself for no reason. And as if Domenico didn’t have enough on his plate already, Seth forces him to help some hooker. Being stuck in the swamp with a kid hunted by a bunch of bikers is not Domenico’s idea of laying low. 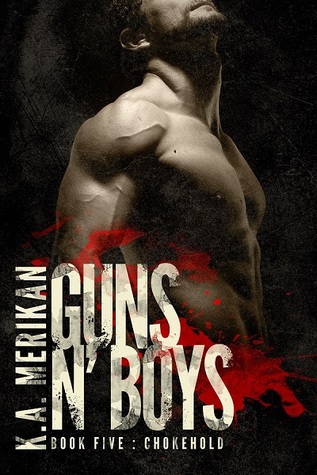 The ugliest truths blossom into the prettiest lies.

A year into the relationship with Domenico, Seth still wants him as desperately as ever. Nothing is better than being intoxicated with lust for his deadly man and feeling his steady hands all over.
No matter the misunderstandings, the fights… The crash. The burn.

Crossing the Mexican border has been a goal for Seth and Domenico for a few months, but the trip couldn’t have ended in more of a disaster. While Domenico is stuck at home, for Seth each passing day becomes more difficult. Desperate to keep his family afloat, he accepts a job offer from Los Sepultureros. The Gravediggers.

When Domenico’s need for control starts eroding their trust, Seth is sure their love can conquer all. But when Domenico rips open the wound left after the violence at the beginning of their relationship, it gushes blood all over their cozy lies and this time, there may be no way to seal it. 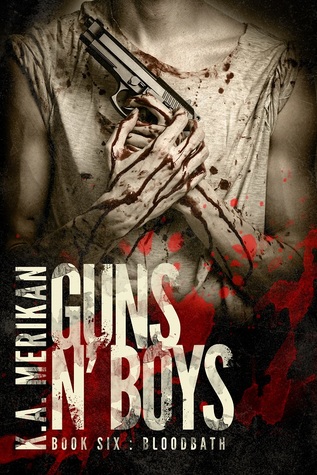