Check out this fantastic book, read the Excerpt
and grab your copy today!
Don’t forget to enter the giveaway! 😀 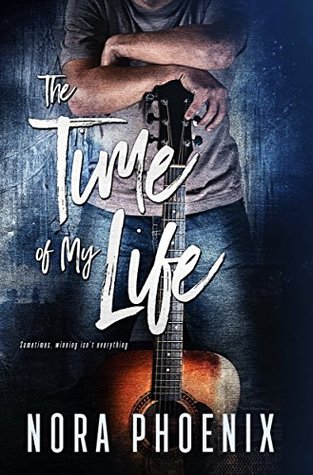 Denver is determined to realize his lifelong dream of becoming a singer. That’s why entering in The Right Note TV contest is the biggest opportunity he’ll ever get. After everything he’s been through with the boyfriend (now ex) from hell, he will not risk losing himself ever again, especially over a guy.
Judah has almost hit rock bottom. His dream to make it as a singer and musician is all but dead. Added to that, he’s broke and he’s about to outwear his welcome with his friends. Taking part in The Right Note is his last chance, but he cannot afford to show who he really is at the risk of permanently alienating his conservative family.
Denver doesn’t want to be drawn to Judah, ’cause the guy spells trouble in every way. But the heart wants what it wants, and Denver seems unable to say no, even when Judah keeps switching from hot to cold on him.
When Judah meets Denver, he knows he’s in deep, deep trouble. He fights the attraction with everything he’s got, but Denver draws him in like the sun. Being with him comes at a price, however, and it’s not just jeopardizing winning the contest. When Denver’s ex stirs up trouble, Judah has to make a decision. Is Denver worth putting everything on the line for?
–The Time of My Life is a steamy stand-alone MM romance with a sweet HEA. Please note trigger warnings for domestic abuse and rape.– 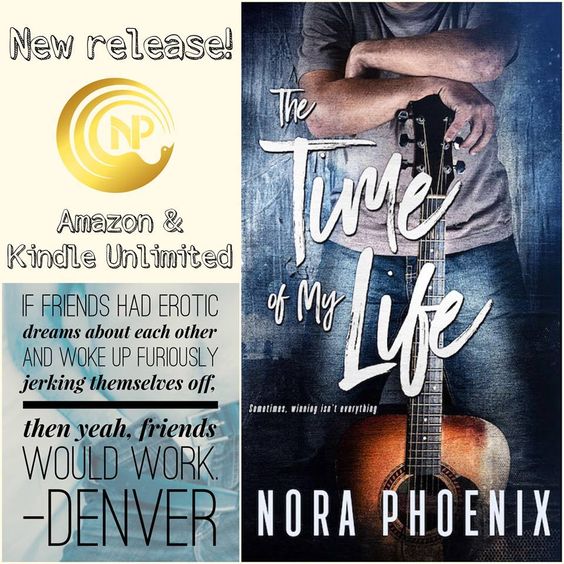 “What can I do for you right now? What will make you feel better? I hate seeing you this angry and sad.” The words came straight from his heart and he didn’t even worry about how Denver would perceive them. All he wanted was to take his hurt away.

“Would it be okay if… Could you hold me for a minute, please?”

Denver’s voice was so small, so vulnerable that it pierced straight through Judah’s heart. Without a second of hesitation, he opened his arms. “Come here.”

Denver all but jumped up, parked his butt on Judah’s lap and let his cheek sink against Judah’s chest. Judah’s arms came around him protectively, holding him close. He dropped a kiss on those blond spikes, tightening his grip.

He closed his eyes, his senses assaulted by all these sensations of a male body in his arms. Denver’s smell enveloped him, and he breathed in deeply. Fuck yes, this. This was what he wanted, what he needed—as much as Denver, apparently.

Denver shifted a bit to snuggle closer, rubbing his ass against Judah’s cock, which responded with fervor. Judah didn’t care. It was futile to try and pretend he wasn’t attracted to Denver. Hell, attracted was way too lame a term for the constant awareness he had of him, the way his body responded to every little move the guy made. He just had to look at that tight body with that round ass to grow hard. His unbelievably embarrassing premature orgasm when they had made out had proven how turned on he was by Denver.

He couldn’t fight it anymore. Didn’t want to. He needed this, craved it.

But how did he communicate this to Denver? Providing Denver even wanted him in the first place, after all the stunts Judah had pulled. He sucked at this, wasn’t sure how to get the message across. No wonder, considering he had zero experience here. Maybe he should come right out and say it? Hmm, maybe not the best approach since it left him wide open for rejection. Subtlety seemed the safer choice.

His right hand traveled to Denver’s back, stroking him, then slipped under his polo shirt. His skin was hot under Judah’s fingers and so smooth and soft. He let his hand explore Denver’s back, kneading some tense muscles in his shoulders, then following that soft skin down and down and down until he was stopped by his jeans and boxers. Now what?

Those damn tight jeans Denver was wearing made his ass look fantastic, but there was no way Judah could slip his hand in there. Or even a finger. He let his hand continue on top of the jeans, gently squeezing Denver’s ass as far as he could reach it.

His hand came around the front, went under the shirt again, and found the skin on Denver’s chest that was begging to be touched. He loved the silky feeling of that hairless skin. Denver’s nipples were hard and Judah rolled them between his thumb and finger, encouraged by a soft little moan that feel from Denver’s lips. A feather light dusting of hair led down from Denver’s bellybutton to…damn, those tight jeans again.

He let out a frustrated sigh. Why wasn’t Denver saying or doing anything? He was just sitting there, eyes closed, his cheeks slightly flushed, and every now and then he sighed or moaned a little, but that was it. Did he even want this? Judah stopped his hand, right at that elastic waistband.

What if Denver didn’t even want him to do this? No, he would’ve stopped him if he hadn’t. He would have said no. Denver wanted this. Judah had to figure out how to move things along, how to make Denver feel good. Because that’s what he wanted, for Denver to feel good. Maybe he should focus less on what he wanted and more on what would feel good for Denver?

Hesitantly, he moved his hand lower, going for a light touch on Denver’s cock. His hand found a rock-hard dick and instinctively, he put more pressure on it. A soft moan escaped from Denver’s lips, and he raised his hips ever so slightly into Judah’s hand. Ha! He was on the right track here.

He took a firm hold of that erection, rubbing and pushing. Another moan and Denver shifted again. Damn, he needed to feel him. He took his hand off, smiling when Denver let out a tiny whimper. Going by touch, he managed to pop the top button open. He expected a zipper, but found more buttons. All right, then. One by one he undid them, Denver’s cock all but jumping out when it had the chance.

When she was a little tot, Nora’s mom got a library subscription for her. That, as they say, was that, and a lifelong love for books was born. Nora never stopped reading and doesn’t exaggerate when she says she devours books, rather than plain reads them. She started writing stories as soon as she could hold a pen, and wrote her first full book as a teen (on a typewriter!). It took her waaaay too long to follow her dream to become a romance author. Nora writes M/M romance, because hello, sexy boys, and likes her men flawed, strong, and a tad broken. She appreciates a little kink, but insists on a happy ever after.