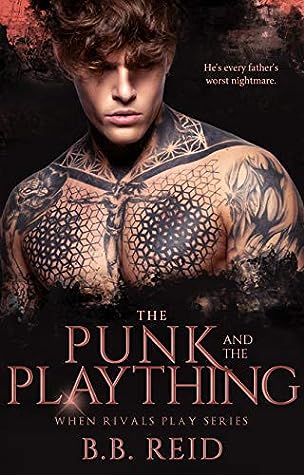 “You preyed on the wrong McNamara, kitten.”
From bestselling author, B.B. Reid comes a riveting, second chance romance…
Never trust a nice ass and a smile. That girl is definitely poison.
When I first came to Blackwood Keep, I was just looking for a thrill.
Instead, I found a beautiful fraud–a tomboy my wildest dreams couldn’t conjure.
Bee didn’t just run with boys; she ran the boys. It was only a matter of time before I gave chase.
It took one summer for me to win her over and two to lose her forever.
My summer love turned ice queen. Without heart or thought, she ruined me.
Four years and an ocean between us, I still can’t forget that she chose my cousin…so I won’t.
When the clock strikes twelve, you’re mine, Cinderella.
It’s too late to turn back time.
—Jameson and Barbette’s story is a continuation of the events that occurred in The Peer and the Puppet and The Moth and the Flame. For the best reading experience, it is recommended that you read these books in order as the plots connect.— 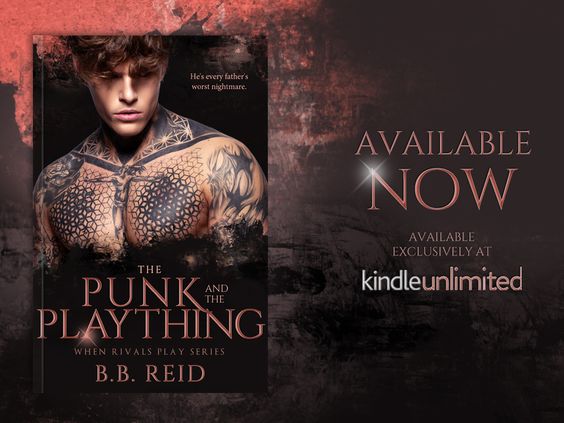 The Punk and The Plaything is the third book in the When Rivals Play series by author B.B Reid and tells the story of Jamie and Barbette (Bee). We know Jaime and Bee from the first book where they appeared as secondary characters. Their story begins, a few years ago, when they were only just kids.

Being Ever’s cousin, Jaime enters Bee, Ever, Vaughn and Jason’s group. Bee is disappointed, scared and jealous. She was their queen, their leader, and Jaime was a threat. Jaime was trouble. They were 12 years old, but Jaime looked much bigger than the rest of the 12-year boys. From the first moment they saw each other, they were attracted to each other, they fall in love and they didn’t realize. They were just kids, but they were growing without realizing it. They became teenagers.

Now, after 5 years, Jamie is full of anger at Bette’s betrayal. He wants revenge, but every time he wants to hate Bee, he ends up loving her ten times more. They are both tormented souls. Jaime became a heartless jerk because of Bee, and Bee an ice queen, because of Jaime, and her parents.

Barbette definitely wasn’t my favorite character when I first meet her in the first book of the series, The Peer and the Puppet. Honestly, I didn’t think I could end up loving her. Her character development was amazing. I loved her fire, her anger, her strength, and her sassiness. She transformed from a b…h to a great and loyal friend. She had grown and matured. Jaime was the best. I loved him from the first book.  He was hilarious, hot, determined, possessive and demanding.

Usually, from a series, I always like more the first book. Only now, I loved this one the most. This is my favorite and Jaime & Bee were my favorite couple. What I loved the most, was that the main characters from the previous 2 books, The Peer and The Puppet and The Moth and The Flame, were present a lot and we got a good glimpse at how their lives are going.

I can’t wait for the next book…I am so curious and nervous about Vaughn and Tyra’s story.

Read an Excerpt from The Punk and the Plaything
Copyright © 2019 by B.B. Reid. All rights reserved.
~*~

“Well, isn’t this the most delicious surprise.”

My head confirmed what my eyes were showing me, but my stubborn heart still refused to believe. Jamie was back from Ireland? Why hadn’t Ever told me? Neither of those answers seemed to matter as much as why Jamie was back.

The short sleeves of the button up he wore were rolled and bunched at the shoulders, displaying the muscles he’d grown since I’d last seen him four years ago. The white cotton only pronounced his tanned skin. He’d left the buttons undone, allowing anyone who laid eyes on him to see his hard chest and defined abs…and the many tattoos that covered them. Most of them were angry and aggressive, almost scary as if he were showing off his demons for anyone to see. Recalling my sweet Jamie from long ago, and what happened the last time I’d seen him, I knew I was responsible for every one of them.

Gone was the gentle boy next door with a full mop of hair, a lanky body, and an easy smile. This boy standing before me was darker, edgier…more tragic to my lonely, fragile heart. Was that yearning burning in the pit of my stomach or fear of the unknown? Because I didn’t know this Jamie, and judging by the wicked gleam in his eyes as he flashed that mocking grin, I didn’t want to know.

“What the hell are you doing back here?”

“Is that any way to greet your first love? I got to say”—his gaze slowly traced every dip and curve of my body—“I love how well you’ve grown up, Bette.”

“First love?” I scoffed, even though it felt like he’d stolen my breath. “You were hardly that.”

“Then what was I?” he challenged, backing me against the opposite wall. “I’m breathless to hear more of your lies.”

He flashed me that sad, beautiful smile I hadn’t realized I’d missed so much. I stood perfectly still as his wolfish gaze ate me up. As close as he stood now, he wouldn’t miss a single fucking flaw. There were many, but no one dared looked close enough to see. I might as well have been Medusa. As he ran his gaze over me, I took the time to study him as well, noting the silver bar piercing his right brow and the small diamond in his right nostril. I could have sworn I’d even glimpse a flash of metal piercing his nipples. Jamie had taken all that sinful deliciousness he naturally possessed and multiplied it by ten thousand. As if the world didn’t already have enough injustices.

“You’re so beautiful. Did it hurt?” He kept his gaze on me as he turned his head and blew out smoke.

“Did what hurt?” I could feel the heat from Jamie’s cigarette when he defiantly brushed his thumb across my bottom lip. To Jamie’s knowledge, I belonged to his cousin now, but he clearly didn’t give a damn.

“When you fell from heaven, Satan.”

I slapped his hand away while telling myself to get a grip. Jamie might have surprised me, but he was nothing I couldn’t handle. “Get lost, Jameson.”

Tapping the end of his cigarette, he sprinkled ash onto my designer blouse. A piece of the flame had fallen, burning through the sheer material, scorching my skin. Before now, I’d never thought Jamie capable of hurting me. The truth was now so blatantly blazed into our history that it could never be unwritten.

Without warning, he pressed closer until I could see nothing but the angry blackness of his eyes. “I’m afraid I’m not going anywhere. By the time I’m done with you, Barbette Montgomery, you’ll be crawling back to me… but I doubt I’ll want my cousin’s sloppy thirds.”

“I wouldn’t hold your breath.” I wasted little time pushing him away. Tragically, the moment my hand connected with his warm skin, the electricity threatening to make my broken heart beat again became too obvious to ignore. I tried to run from it, but some inexplicable need to seal our fate had me spinning on my heel to face him again. “Better yet, Jameson, do us both the favor, won’t you?” 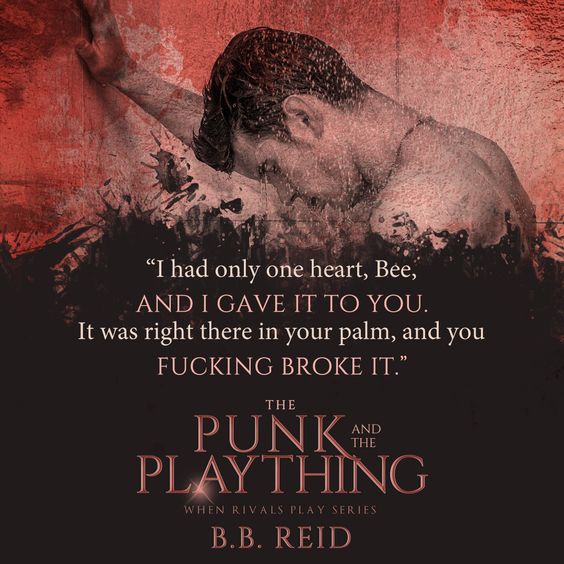 Read The Peer and The Puppet today!

Read The Moth and The Flame today!

B.B. Reid is a bestselling author of new adult romance. She grew up the only daughter and middle child in a small town in North Carolina. After graduating with a Bachelors in Finance, she started her career at an investment research firm while continuing to serve in the National Guard. She currently resides in Charlotte with her moody cat and enjoys collecting Chuck Taylors and binge-eating chocolate.
Please visit her website for more information: http://www.bbreid.com