Check out this fantastic new release…
Read an Excerpt, Judith’s Review…and grab your copy today!
You don’t want to miss this book…
More details below!😀 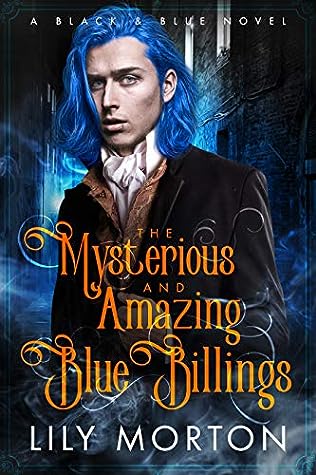 Levi Black is at a crossroads. After suffering a loss and breaking up a long-term relationship, he’s looking for a change. When he receives the news he’s inherited a house in York, he seizes the opportunity to begin a new chapter in his life.
However, when he gets there, he finds a house that has never kept its occupants for very long. Either through death or disinclination, no one stays there, and after a few days of living in the place, Levi can understand why. Strange noises can be heard at all hours of the day and night, and disturbing and scary things begin to happen to him. He never believed in ghosts before, but when events take a sinister turn, he knows he must look for help. He finds it in the unlikely form of the blue-haired leader of a ghost tour.
Blue Billings is edgy, beautiful, and lost. Utterly lost. He conceals so many secrets that some days it’s a miracle he remembers his own name. He knows that he should ignore Levi because he threatens the tenuous grip Blue has on survival. But there’s something about the kind-eyed man that draws Blue to him. Something that demands he stay and fight for him when he would normally run in the opposite direction.
As the two men investigate the shocking truth behind Levi’s house, they also discover a deep connection that defies the short length of time they’ve known each other. But when events escalate and his life is on the line, Levi has to wonder if it was wise to trust the Mysterious and Amazing Blue Billings. 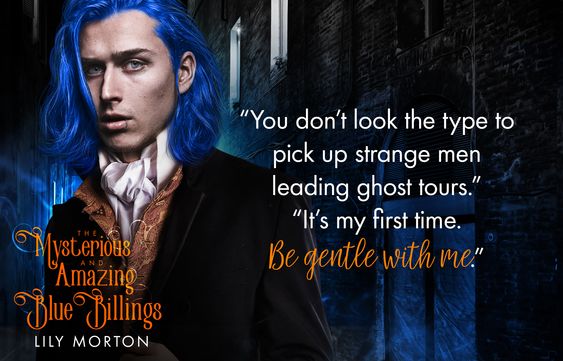 This was a pleasant surprise…Something very different from Lily Morton. Ghosts, things that go bump in the night, a plot that had me guessing and hanging on every word to get to the end and a blossoming romance between two highly likable men.

Levi is ready for a fresh start after the end of a long term relationship. Moving from London to a new house in York he’s inherited seems like the perfect solution. The house is in serious need of renovation and straight away the reader is pulled into its mystery and secrets. 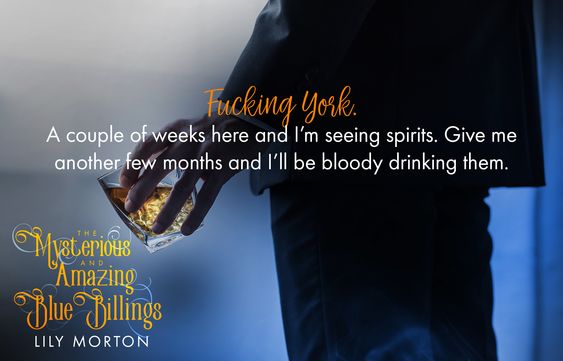 The city of York is the perfect setting here, let me tell you. It’s a beautiful city, steeped in history with wonderful old buildings, it’s quirky and quaint with loads of character. The city has secrets which are used for many ghost tours( these tours actually do take place in York-in fact York is known as the world’s most haunted city!). One such ghost tour has the enigmatic and rather flamboyant character, Blue in charge. Levi is drawn to him by his appearances initially but it’s soon apparent that Blue is no ordinary tour guide… 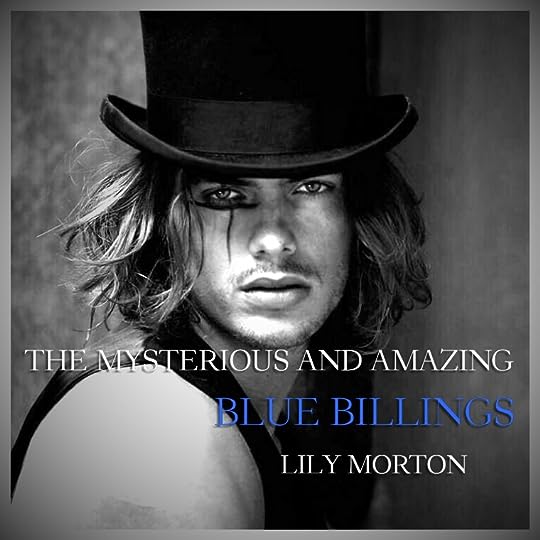 Without giving too much away Levi and Blue join forces to try and uncover the secrets that surround Levi’s house and along the way develop a lovely friendship that turns to so much more.

This is a slow burn and I loved the progression of their relationship. Some great supporting characters( even the ghosts!), and I’m hoping for more from some of them in upcoming books.

Thoroughly enjoyable and one I would recommend!

Read an Excerpt from The Mysterious and Amazing Blue Billings
Copyright © 2019 by Lily Morton. All rights reserved.
~*~

His audience are raptly hanging onto his every word, but attention is disrupted when a large group approaches. At its lead is a thin man with long black hair pulled back into a ponytail. He’s handsome, but his expression is discontented and his mouth is sharp. He’s dressed in similar clothes to Blue, and he carries a large wooden box.

The group moves past us, coming to a stop a few yards away. The man places his box on the ground with a rather dramatic precision. My mouth twitches as he climbs on with a great deal of dignity.

“I’ve brought you here,” he says in a ghoulish tone, “to talk about plague and death and a terrible end in solitary confinement locked away in a small house.”

The man stops talking with an impatient sigh. “Can I help you?” he asks.

“I’ll say you can,” Blue says sharply. “This is my pitch for the next ten minutes. That’s the agreement if I keep off the York Devil bit until last thing.”

“Well, Frank changed the route. Sorry if you didn’t get the memo,” Box Boy says in a bored voice.

“You don’t sound sorry,” Blue says calmly. “You sound quite cross.” He pauses. “Or constipated. I never could tell the difference.” He looks him up and down. “Both ways were a build-up of shit.”

The man seems to lose his grasp on his temper. “You don’t own York,” he says loudly.

“Obviously not,” my guide says patiently. “Or I wouldn’t be doing ghost tours.” He clearly remembers his audience and turns back with a charming smile. “I would, of course, still be doing ghost tours for wonderful groups like this even if I owned the city of York, because I live to impart spectral knowledge.” The other man snorts slightly, and Blue smiles at us kindly and winks. “You’ll have to excuse us,” he says. “We used to date. Can I just say there is no correlation at all between box size and penis size?”

I snort out a laugh despite myself and watch as the other man picks up his box and gestures to his group in a bad-tempered way. I watch him go, smiling. The grin drops away as I suddenly become aware that the group is staring at me and our guide is talking to me.

“Obviously,” he says. “Because you missed the bit where I said I wasn’t a resident charity.”

“I think I’ve missed something,” I say slowly.

The other members of the group shift slightly, obviously enjoying the entertainment, but not wanting to draw too much attention to themselves in case his laser gaze turns on them.

“You have missed something,” he says. “You’ve missed the part where you pay for the tour.”

“Oh fuck, sorry.” I edge forwards and dig in my pocket for my wallet. “Of course I’ll pay. How much is it?”

“Well, usually it’s six pounds.” I open my wallet, and he stares at me. “But that’s for people who are on time. You, however, are late, so it’s a tenner.”

I’m about to argue with this logic when a big man stirs at the back of the group. “Can we get a move on? It’s fucking freezing.”

“Could you watch your language?” another man says crossly.

My guide sighs and glares at me. “See what you’ve done now? This was a very well-behaved group before you turned up. You’re like a human grenade.”

I open my mouth to refute this unfair observation, but he shakes his head.

“Okay, people,” he calls out to the group. “Let’s be off to our next stop on the ghost tour led by the Mysterious and Amazing Blue Billings.” 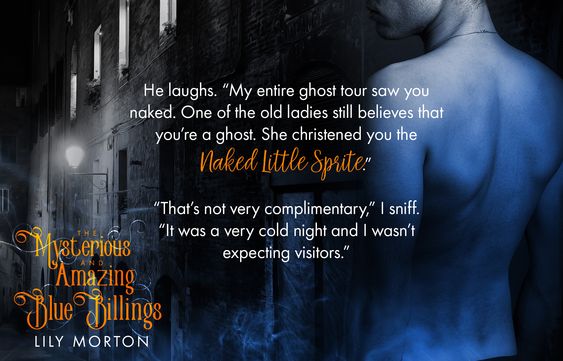 Lily writes contemporary romance novels, and specialises in hot love stories with a good dose of humour. Lily lives in sunny England with her husband and two children, all of whom claim that they haven’t had a proper conversation with her since she bought her first Kindle. She has spent her life with her head full of daydreams and decided one day to just sit down and start writing about them. In the process she discovered that she actually loved writing, because how else could she get to spend her time with hot, funny men! She loves chocolate and Baileys and the best of all creations – chocolate Baileys! Her lifetime’s ambition is to have a bath in peace without being shouted by one of her family.