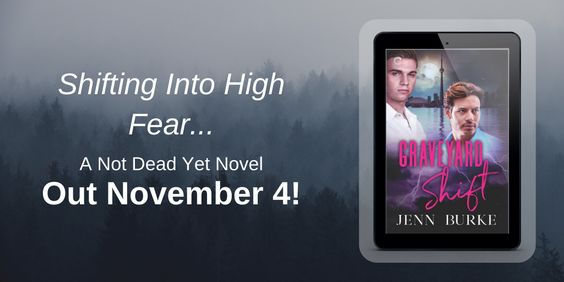 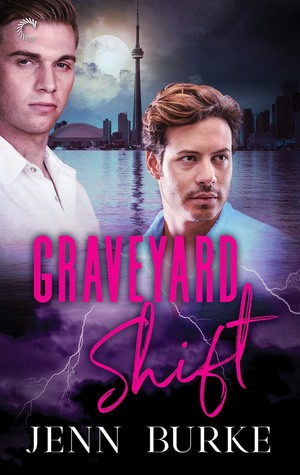 Shifting Into High Fear
Ghost/god Wes Cooper and his not-life partner, vampire Hudson Rojas, have settled into cohabitation in an upscale part of Toronto. So what if their hoity-toity new neighbors haven’t exactly rolled out the welcome mat for the paranormal pair? Their PI business is booming, and when a suspect they’ve been tailing winds up in the morgue, it’s alongside a rash of other shifters in apparent drug-related fatalities.
Now Wes and Hudson must connect the dots between the shifter deaths and an uptick in brutal vampire attacks across the city. Throw in a surprise visit from Hudson’s niece—who may or may not be on the run from European paranormal police (who may or may not exist)—and guardianship of a teen shifter who might be the key to solving the whole mystery (if only she could recover her memory), and Wes and Hudson have never been busier…or happier.
But when a nightmare from Hudson’s past comes back to haunt him, their weird, little found family is pushed to the brink. Mucking this up would mean Hudson and Wes missing their second chance at happily-forever-afterlife…

Read an Excerpt from Graveyard Shift
Copyright © 2019 by Jenn Burke. All rights reserved.
~*~

I woke up a few hours after dawn, thanks to my old-man bladder, and I was surprised to see Hudson sitting up in bed, reading. Crawling back under the covers after my visit to the bathroom, I cuddled up next to him, and he lifted his arm out of the way to accommodate me.

“Can’t sleep?” I yawned. We’d mostly adopted a human sleep cycle, though we usually didn’t go to bed until well into the wee hours of the morning.

“Brain won’t shut off,” he admitted, putting his book down. It was a police procedural mystery, because of course it was. You could take the boy out of the police, but you couldn’t take the police out of the boy.

“Want to talk about it?”

“You should go back to sleep.”

He grunted, his “you’re probably right, but I’m not going to” grunt.

“You get grumpy when you don’t sleep,” I pointed out.

He shook his head, but he was smiling. “Go to sleep, jackass.”

“Who said anything about tickling you?”

I let my hand roam under the covers, toward his groin, and his eyes flashed golden as he clued in. I half expected him to stop me, but he leaned back and opened his legs a little.

He let out a low, soft groan as my fingers found his half-hard dick. I loved that he slept in the nude.

“Is this a complaint I’m hearing?” I trailed featherlight strokes along his length.

He bit his lower lip and closed his eyes, and when he opened them again, they were all gold. Oh, yeah, someone was turned on. “Don’t you dare fucking stop.”

Jenn Burke has loved out-of-this-world romance since she first read about heroes and heroines kicking butt and falling in love as a preteen. Now that she’s an author, she couldn’t be happier to bring adventure, romance, and sexy times to her readers.
Jenn is the author of a number of paranormal and science fiction romance titles, including the critically acclaimed Chaos Station science fiction romance series (authored with Kelly Jensen) from Carina Press.
She’s been called a pocket-sized and puntastic Canadian on social media, and she’ll happily own that label. Jenn lives just outside of Ottawa, Ontario, with her husband and two kids, plus two dogs named after video game characters…because her geekiness knows no bounds.

One prize package for the “Graveyard Shift” release!
Including signed paperback copies of the whole Not Dead Yet-series…
A ghost mug, cute stickers & werewolf socks.