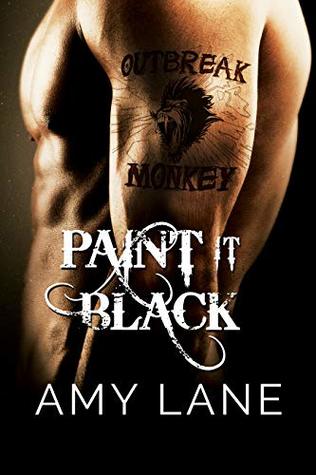 A Beneath the Stain Novel
Everybody thinks Mackey Sanders and Outbreak Monkey is the last coming of Rock’n’Roll Jesus, but Cheever Sanders can’t wait to get out of his home town and make a name for himself where nobody expects him to fill his famous brothers’ shoes. He’s tired of living in their shadow.
Blake Manning knows the feeling. He’s been Outbreak Monkey’s second lead guitarist for ten years. He’s come to terms with the fact that he’ll never be Grant Adams, the guy he replaced, and that Kell Sanders will never love him like Mackey loved Grant. He got this gig on luck and love, not talent. So watching Cheever blow through Outbreak Monkey’s hard-earned money in an epic stretch of partying pisses him off.
Blake shows up at Cheever’s nonstop orgy to enforce some rules, but instead of a jaded punk, he finds a lost boy as talented at painting as Mackey is at song-making, and terrified to let anybody see the real him. It’s something he and Blake have in common.
Both men have to make peace with being second banana in the public eye. Can they find the magic of coming absolute first with each other?

Paint It Black is the second book in the Beneath the stain series by Amy Lane. You must know that it’s not a stand-alone, I strongly recommend you to read Beneath the Stain #1. I loved it and it’s one of the best stories I’ve ever read.

In ”Paint It Black” we get Cheever’s story. He’s the youngest of the Sanders boys, much younger than Mackey – one of the MC’s in ”Beneath the Stain 1”, and Outbreak Monkey’s lead singer. In the first book when we meet Cheever he was only a few years old. Later, he grew up and became so rude and spoiled. I have to admit I disliked him SO much because he just seemed he was a 13 years old homophobe and he hurt his brothers any chance he got.

Now this being said, I must mention that I wasn’t that excited to read his story, but I am glad I did because Cheever hid SO much from his family. His story surprised me and it’s really heartbreaking, full of unexpected scenes, gut-wrenching scenes! I won’t give too much away, but I will mention that there are some triggers, so be aware.

This second book is full of angst right from the beginning, as opposed to the first one.
After a lot of pain, heartbreak and suffering, the second part of the book get pretty sweet. What I loved the most would be revisiting all the characters from ”Beneath the Stain 1”. Ten years after Beneath the Stain’s ending and our favorites characters are just as close.

Blake Manning is one of Outbreak Monkey’s lead guitarists. I really liked him in the first book and was pretty sad he didn’t get his HEA. I hoped Kell would return his feelings, but I couldn’t have been farther from what really happened.

In this book we witness Cheever’s healing process, but also Blake’s struggles to admit he was loved. He didn’t believe it could happen to him. Well, I got angry with him at times, as he kept wanting to run for the hills from Cheever.

My biggest problem with this book would be that the evil character didn’t get what he deserved. He wasn’t punished for his actions! And after all the time I spent in hating him (more than half of the book), in the end, it felt like what he did – for years! – got erased pretty fast with no real consequences for him. Or it’s just me and my need to get the evil punished?!

I will also have to admit that the ending felt too sugary sweet for me. I wanted Blake and Cheever to get their happily ever after, but the ending felt kind of forced to me. Overall I enjoyed it and it was a great continuation to the first book.