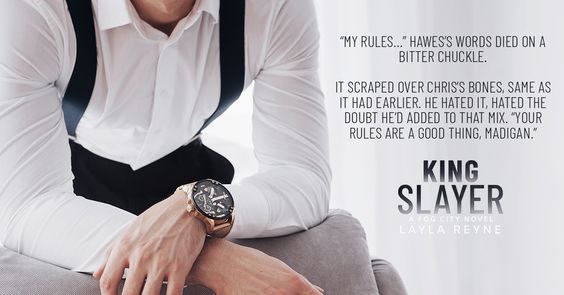 Never fall for a mark. Mission fail.
Christopher Perri–a.k.a. Dante Perry–infiltrated the Madigan organization with one goal: vengeance for his murdered partner. Falling for the assassin at the head of the table wasn’t part of the plan, but Hawes Madigan is not the cold, untouchable Prince of Killers Chris expected. Everything about the newly crowned king is hot, and every inch of him eminently touchable… and off-limits once Chris’s cover is blown.
Exposure couldn’t come at a worse time. Hawes’s throne is threatened, and Chris suspects the same person who killed his partner is behind the coup. Working with Hawes benefits them both, but Chris’s employer has other ideas. Dismantling criminal organizations is what Chris does best, and his boss expects the King Slayer to deliver.
But Hawes is taking the Madigans in a new direction, one Chris can get behind, and the two men form a shaky alliance strengthened by the irresistible attraction between them… until Chris learns who killed his partner. Once he knows the truth, the King Slayer is unleashed, and Chris will stop at nothing to destroy those who betrayed him, including the king who stole his heart.
–Twists and turns–and cliffhangers–continue in book two of the Fog City Trilogy. Read at your own risk!–

This is the second book in the Fog City series by Layla Reyne. I was dying to get my hands on it!! Thank God we didn’t have to wait too long! The first book ends in a huge cliffhanger and the second one isn’t much different.

We get Dante/Chris’s POV and I am super glad we finally get his motives, we get his past and we understand him better.

He fell in love with his target, even if he went into this operation with only his vengeance in mind. To find his ex-partner’s killer punished. And he was in for a ride. Howes was so different from the man he pictured him to be. He was protecting his family with a passion. He was HOT, but he was also ruthless and cold when he had to be.

This second book is full of action. There are many scenes that had me on the edge of my seat. We also get some smoking hot scenes, but Chris is determined to bring down the killer. I was a bit taken aback by Howes’s resignation, but in the end, I was pleasantly surprised by how things worked out. 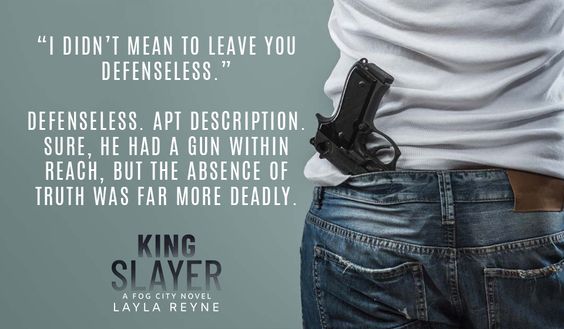 I am really looking forward to the last book! I am ready for another high dose of action, bullets, and suspense, and I have a feeling we’ll be getting a sweet happy ending for our men.

Read an Excerpt from King Slayer
Copyright © 2019 by Layla Reyne. All rights reserved.
~*~

“According to Tran,” Chris said, “the explosives are our primary objective.”

Chris poured a mug of coffee and sipped in silence, not admitting to the unknown that was more dangerous than any of the Madigans.

“Exactly,” Wheeler said, correctly reading his nonanswer. “You don’t know where they are. Explosives made by professional assassins, which could land in the hands of even worse killers. I want to eliminate the organization that made them thereby stopping them from making more and eliminating those who could put the explosives to use.”

That was one way to look at the situation. A bit Rambo-esque in its idealism, because fuck knew they couldn’t eliminate all the targets.

“And you’re going to help me,” Wheeler added.

“What do you think I’ve been doing here? The past week with the Madigans, the past month of getting everything into place, the past three years following Izzy’s leads? I’m trying to find a way in so we can identify the real killers and find the explosives.”

“Isn’t that what they call you?”

There was a reason he understood Hawes’s loathing of his Prince of Killers moniker. A reason Chris knew exactly when to needle him with it and when to let it go. Because after taking down more than a few heads of criminal empires, Chris had earned his own moniker. One he liked about as much as Hawes liked his. Unfortunately, every time he slayed a king, collateral damage was unavoidable. Innocents wrapped up in the organization. Partners, kids, organization members who were just trying to do right by their families. Another reason why Hawes’s new order had resonated with Chris, why he wanted to help him, not slay him. But Chris couldn’t tell Wheeler any of that. “Yes, that’s what they call me,” he said instead. 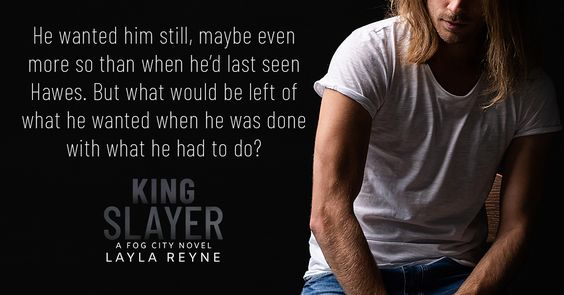 Author Layla Reyne was raised in North Carolina and now calls San Francisco home. She enjoys weaving her bi-coastal experiences into her stories, along with adrenaline-fueled suspense and heart pounding romance. When she’s not writing stories to excite her readers, she downloads too many books, watches too much television, and cooks too much food with her scientist husband, much to the delight of their smushed-face, leftover-loving dogs. She is a 2019 RWA® RITA® Finalist in Contemporary Romance (Mid-Length) and was a 2016 RWA® Golden Heart® Finalist in Romantic Suspense.