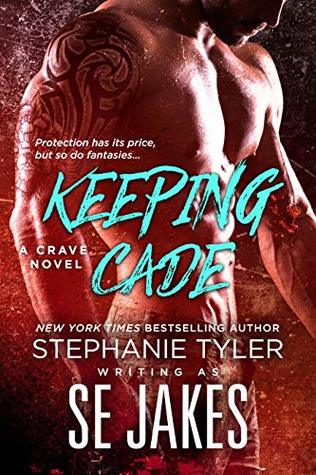 Protection has its price, but so do fantasies…
Fantasy Week happens twice a year at Crave, and it’s always a big hit—a way to live out your wildest fantasy in a safe, sane, and consensual manner.
But when Cade comes in with his Fantasy Week invitation, he’s not happy about it. He’s stoic as hell and his preferences don’t seem to match his fantasy at all…and yet, despite that, he enjoys himself with Tegan and Vic. At least at first.
When it becomes glaringly apparent that the fantasy isn’t something Cade’s comfortable with, it’s confusing for the men he’s been paired with, and Tegan and Vic put a stop to the scene immediately.
What Cade doesn’t know is that Tegan and Vic are not only co-owners of Crave, but they’re also owners of a mercenary group, Gray Ops, that’s run out of Crave. They’ve also been circling each other for years… but nothing sparks until their session with Cade.
What happened in Room 4 is something none of the men can forget…but it’s got nothing to do with a fantasy and everything to do with blackmail. Can Tegan and Vic help Cade keep his secrets, while keeping all of them safe at the same time? Because the threatening to spill out aren’t only Cade’s…
—This series is set in the MEN OF HONOR world, in the bar called Crave from Bound By Honor.— 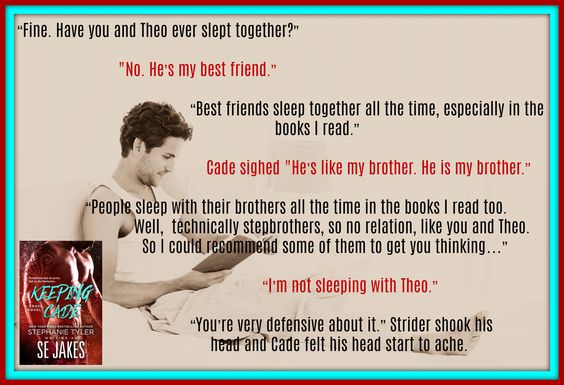 Read an Excerpt from Keeping Cade
Copyright © 2019 by SE Jakes. All rights reserved.
~*~

“Am I being chauffeured or can I take my own truck?” Cade asked as they walked out the back door of Crave, leaving behind Oz’s yells of “I can’t promise what I’ll do if you leave me alone with him.”

“We’ll drive you,” Tegan told him.

“Why don’t you just carry me across the threshold of the fight club when we get there?” Cade muttered.

“Didn’t know you needed that level of romance,” Vic said seriously. “I’ll keep it in mind.”

Cade sighed heavily and got into the back seat with Vic, while Tegan drove. He guessed it was for protection, and arguing wouldn’t change a damned thing. He needed to preserve his strength anyway.

Vic handed him a Gatorade and a PowerBar. “Eat up.”

Cade muttered, “Fucking starving and this shit tastes like cardboard.”

“Fight first, then I’ll get you a goddamned buffet,” Vic promised.

“There’s a McDonald’s on the corner,” Cade pointed out hopefully.

“You had an entire pizza recently,” Vic reminded him.

“Recently to me is the last hour.” Cade bit into the PowerBar and stared at Vic. “I think this went bad.” 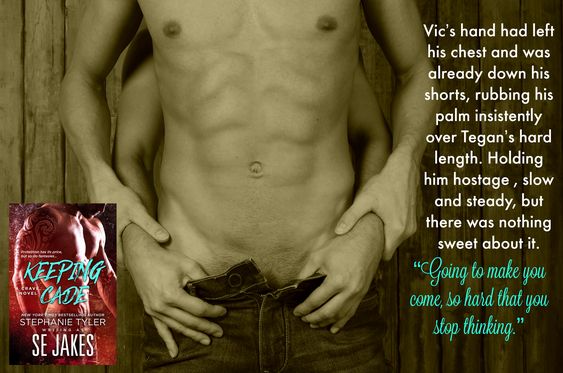 SE Jakes writes m/m romance. She believes in happy endings and fighting for what you want in both fiction and real life. She lives in New York with her family and most days, she can be found happily writing (in bed). No really…