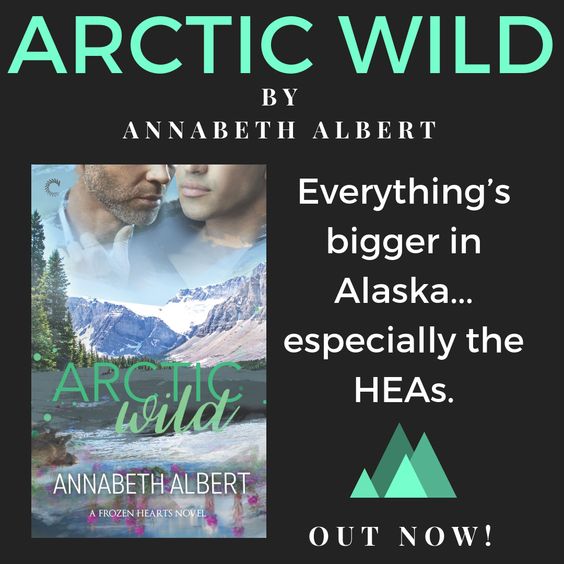 Check out this fantastic new release…
Read an Excerpt, Dia’s Review, Q&A…and don’t forget to enter the Giveaway!
You don’t want to miss this book…grab your copy today!
More details below!😀 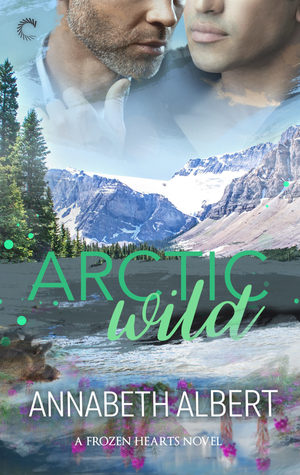 When a plane crashes in the Alaskan wilderness, the best place to land is in the arms of a younger man…
Hotshot attorney Reuben Graham has finally agreed to take a vacation, when his plane suddenly plunges into the Alaskan wilderness.
Just his luck.
But his frustrations have only begun as he finds himself stranded with the injured, and superhot, pilot, a man who’s endearingly sociable—and much too young for Reuben to be wanting him this badly.
As the sole provider for his sisters and ailing father, Tobias Kooly is devastated to learn his injuries will prevent him from working or even making it back home. So when Reuben insists on giving him a place to recover, not even Toby’s pride can make him refuse. He’s never been tempted by a silver fox before, but something about Reuben is impossible to resist.
Recuperating in Reuben’s care is the last thing Toby expected, yet the closer they become, the more incredibly right it feels, prompting workaholic Reuben to question the life he’s been living. But when the pressure Toby’s under starts closing in, both men will have to decide if there’s room in their hearts for a love they never saw coming. 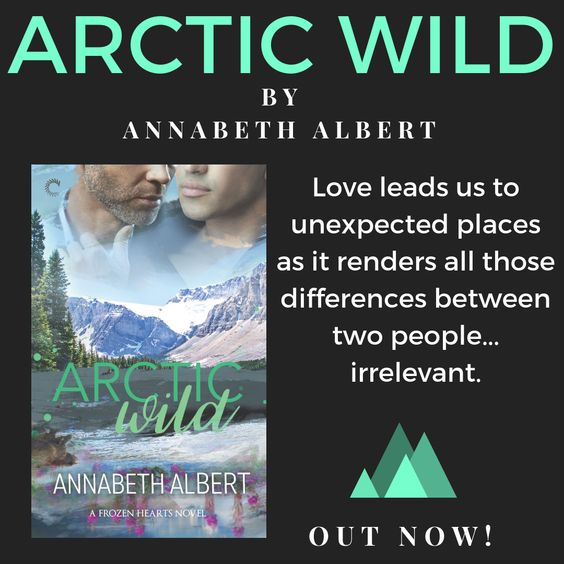 This is the second book in the Frozen Hearts series. I got quite curious about it, after reading the excerpt at the end of the first book, Arctic Sun. I loved it much more than the previous book and I think it can definitely be read as a standalone.

We met Toby in Arctic Sun. He’s a 31 years old pilot. Sociable and carefree. Or at least it’s how he appears.
Reuben is a hot attorney, but workaholic – married to his job. He’s got a 14 years old daughter, Amelia, who was really annoying at first, but in time she changed so much.

This story is again a slow burning. But while in Arctic Sun this bothered me, here I enjoyed it. There’s an attraction from the start, but each man fought it, for very different reasons.

Toby gets injured in a plane crash and Reuben is determined to help him. Toby was so scared he won’t be able to help his family, father, and two sisters. I understood his fear, but to a point…We get only a little angst, but I really rolled my eyes about the “I need space”…

This story was also full of Alaskan descriptions, and overall it was a sweet love story with my favorite trope: AGE GAP, a silver fox – actually a “silver bear” like Toby liked to call Reuben and a very sweet ending.

Read an Excerpt from Arctic Wild
Copyright © 2019 by Annabeth Albert. All rights reserved.
~*~

“Doing better?” Toby’s voice was kind, and Reuben couldn’t help but enjoy the way he really did seem to care about whether Reuben was miserable or not.

“Yeah. I am. Thank you.” And he could admit that he’d used his phone at the restaurant in part to avoid staring at the handsome guide—a trick he’d used before to keep from revealing more than he wanted to. Because Toby truly was that attractive with those soul-deep dark eyes and chiseled face and lean body, and the more time he spent around him, the more Reuben found himself caught up in his charms. He had to keep reminding himself that arousal was every bit as unwanted as airsickness.

“We’re turning into Harris Bay now. You should have a good view of the glacier field.”

Field turned out to be something of a misnomer, as it was more like undulating rivers of snow and glaciers. The whole region reminded Reuben of a giant bowl, only the walls were granite and lined with hanging glaciers and impossibly tall. It was like something out of a movie, and for the first time, he understood why Craig had been so keen on coming. The scenery was unlike anything he’d seen before, and he’d seldom felt so small and insignificant as he did when confronted with the vastness of the landscape. He was more used to feeling like the gear in the center of a machine, everything else rotating around him. These sensations of having shrunk and being a speck in time compared to eons of ice were more than a little disconcerting, but also riveting at the same time. 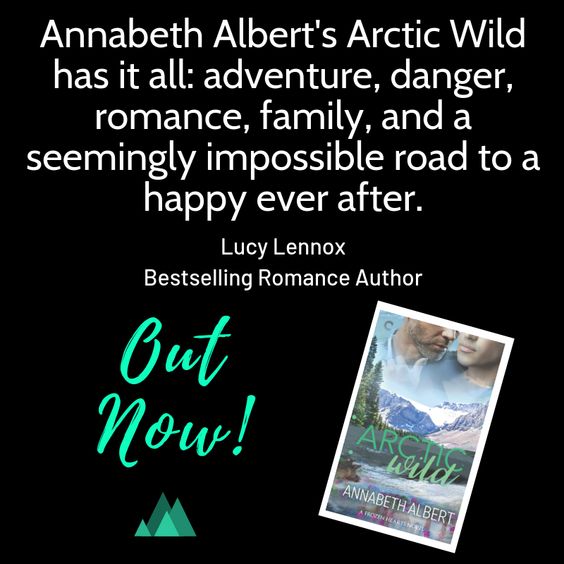 A-ARCTIC WILD is book two in the Frozen Hearts series, and there is something about book two in a series that is definitely challenging! Beta Test, At Attention, and now this one were all unique challenges for me. Each book is its own challenge, though. Book One can be a challenge because you’re creating a brand-new world, all new characters, places, important themes etc. But in book two, you’re carrying that universe forward and you’re also limited by what you did in book one, and not just the obvious plot ways. The tone, length, themes, and pacing of book one absolutely affect book two as you try to make sure the series will be cohesive as a whole. And I’m sure it’s just me, but my book two of several series now have taken more intense rewrites to get the story exactly as I want it for my readers. But it’s work I love doing, and I love all the books in my various series!

Q-What is the most surprising thing you discovered while writing this entire series?

A-I loved all my research into Alaska. I discovered so many amazing details, many of which made it to the books, and others which ended up on the cutting room floor so to speak, but which still influenced the series. The research into the food was among the most fun for me, and not just menus, but food storage and preservation and seasons as well.

Q-Who is your favorite character from the Frozen Hearts series?

A-I loved all of the heroes in this trilogy so much. I think River from book 1 and Owen from book 3, who you’ll meet in September, were among the most fun POVs to write. Book Two, ARCTIC WILD, had my favorite secondary characters of the whole series, and I loved writing both heroes too.

Q-Can you share with us something about Arctic Wild that isn’t in the blurb?

A-The blurb is tightly focused on the romance between the heroes, but one of my favorite things about the book is the secondary characters. You’ll meet Toby’s sister, Nell, and Reuben’s daughter, Amelia, and a several other characters who I really enjoyed writing. Also? The blurb won’t tell you that there’s shower sex, but I totally will!

Q-What is the key theme and/or message in Arctic Wild?

A–To me, this book is all about family—the family we are born to, the family we form, and the family we find in unexpected places leading to unbreakable bonds. And love—love creates family, love heals old hurts, and love leads us unexpected places as it renders all those differences between two people irrelevant. I want the message to be that we can form family and find love even in the most trying of circumstances, even when we least expect it, and that family comes in many surprising packages. 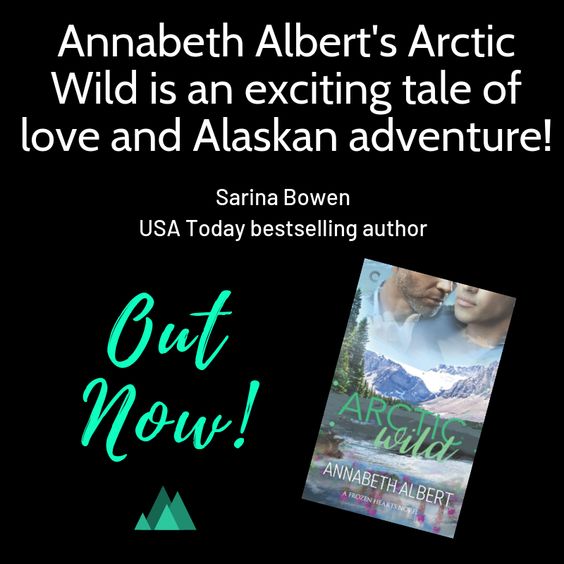 Annabeth Albert grew up sneaking romance novels under the bed covers. Now, she devours all subgenres of romance out in the open—no flashlights required! When she’s not adding to her keeper shelf, she’s a multi-published Pacific Northwest romance writer. Emotionally complex, sexy, and funny stories are her favorites both to read and to write. Her critically acclaimed and fan-favorite LGBTQ romance series include the #OutOfUniform, #Gaymers, #PortlandHeat, #RainbowCove and #PerfectHarmony series. To find out what she’s working on next and other fun extras, check out her website: annabethalbert.com or connect with Annabeth on Twitter, Facebook, Instagram, and Spotify! Also, be sure to sign up for her newsletter for free ficlets, bonus reads, and contests. The fan group, Annabeth’s Angels, on Facebook is also a great place for bonus content and exclusive contests.

Enter to Win one paperback set of Arctic Sun, Arctic Wild, and a swag prize pack!