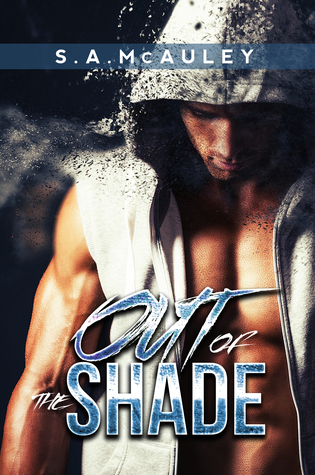 The hardest battle is the fight to be yourself…
Jesse Solomona has always tried to be the perfect straight guy–a cocky sports fan capable of drinking more than he did in his fraternity days and an expert at one-night-stands. That he hooks up with just as many men as he does women is a secret Jesse’s been hiding for years, fearful of losing his family and tight group of friends. He’s a Kensington boy–a group of guys that grew up in the same neighborhood and somehow all ended up back in their hometown. They, and his family, are the only things that still matter in his otherwise soul-sucking life.
Chuck Dunn, a tattooed and pierced sports photographer, has refused to step back into the closet since he was disowned by his family, but he keeps choosing men who can’t fully be with him. Finally free from a long-term relationship he should’ve ended years ago, he quits his high-profile gig in favor of getting back to the art of sports photography–documenting a local boxing club that works with at-risk teenagers. He may not have the same swagger anymore, but he’s working to be happy with who he is.
When Chuck joins one of the Kensington boys’ community center sports leagues, Jesse’s self-imposed rules are systematically demolished. But there’s one barrier Jesse can’t find the strength to break through–coming out to the other Kensington boys. Chuck knows hooking up with Jesse is a bad idea. Falling for him even worse. But he can’t stay away.
Chuck is damaged by his past. Jesse is frightened about his future. But, together, they may just be able to come out of the shade.
—Reader Advisory: Out of the Shade is a standalone novel with an HEA that carries the following warnings–alcoholism, mentions of sexual and physical abuse, mentions of drug addiction, mentions of rape, attempted suicide by a minor character, violence, homophobia, closeting— 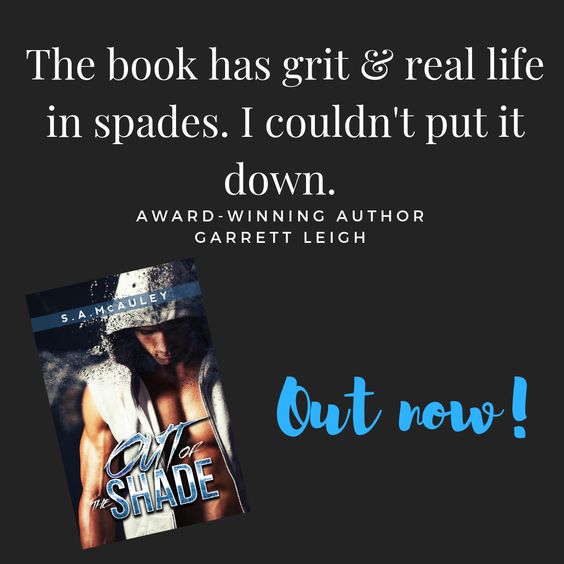 Another week, and another league game, but this time it was indoor soccer. Jesse wiped his brow and struggled to keep up. He may have had more stamina than Chuck when it came to distance running, but Chuck was outmaneuvering him every step of the game. They were on opposite teams again—the usual of Matt versus Kam, the high school quarterbacks who couldn’t let go of their rivalry—and although Jesse hadn’t played soccer in high school, Kam had him playing defense against Chuck.

Jesse couldn’t wipe the grin off his face. In this position he got to tussle with Chuck, put his hands all over him, and eyefuck him every single chance he got. Every chance he got.

The man looked like a professional athlete as he moved around the field. He wore blue soccer shorts, white and blue striped socks pulled high over his shinguards, and beat to hell cleats. His chest was bare, that barbell glistening in the indoor stadium lights, and sweat dripped off his forehead. He slicked back the loose strands of hair hanging in his eyes and winked at Jesse before stealing the ball from him and scoring. Again.

Jesse couldn’t wait to get him home and in his bed. Naked except for maybe those socks.

Author S.A. McAuley is a wandering LGBTQ author who sleeps little and reads a lot. Happiest in a foreign country. Twitchy when not mentally in motion. Her name is Sam, not Sammy, definitely not Samantha. She’s a dark/cynical/jaded person, but hides that darkness well behind her obsession(s) with shiny objects.

Celebrate the release of OUT OF THE SHADE with author S.A. McAuley by entering this giveaway for a chance to win 1 of 3 $10 Amazon Gift Cards!