Check out this fantastic new release…
Read an Excerpt, Dia’s and Judith’s Reviews…
and don’t forget to enter the Giveaway!
You don’t want to miss this book…grab your copy today!
More details below! 😀 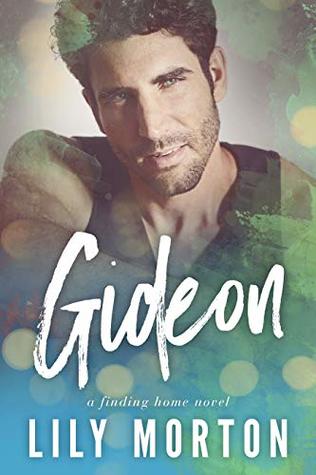 Gideon Ramsay is so far in the closet he should be a talking faun.
A talented, mercurial, and often selfish man, Gideon has everything he should want in life. Fame, money, acting awards – he has it all. Everything but honesty. At the advice of his agent, Gideon has concealed his sexuality for years. But it’s starting to get harder to hide, and his increasingly wild behaviour is threatening to destroy his career.
Then he’s laid low by a serious illness and into his life comes Eli Jones. Eli is everything that Gideon can’t understand. He’s sunny tempered, friendly, and optimistic. Even worse, he’s unaffected by grumpiness and sarcasm, which forms ninety percent of Gideon’s body weight. And now Gideon is trapped with him without any recourse to the drugs and alcohol that have previously eased his way through awkward situations.
However, as Gideon gets to know the other man, he finds himself wildly attracted to his lazy smiles and warm, scruffy charm that seem to fill a hole inside Gideon that’s been empty for a long time. Will he give in to this incomprehensible attraction when it could mean the end of everything that he’s worked for?
From the bestselling author of the Mixed Messages series comes a story about a man who needs to realise that being true to yourself is really just a form of finding home.
–This is the third book in the Finding Home series but it can be read as a standalone. —

This might be my favorite from this author! I absolutely loved the writing and this book really delivered! It’s the third book in the Finding Home series by Lily Morton. I loved the first book, Oz. I haven’t read the second book, Milo, but Gideon’s story was amazing.

Gideon is a 39 years old famous actor. He’s wealthy and lives a very unconventional life, partying and having fun to the extreme. He is destroying his body and he’s not really enjoying the partying. It’s just what he knows. In the eye of his public, he’s straight. But he is really afraid of coming out because his agent has told him for years to keep his sexuality hidden.

Here comes Eli Jones a very sweet Welsh nurse. He’s everything Gideon isn’t. Funny, optimistic and very kind. But he has morals and he would never get involved with one of his patients…This story made me laugh out loud many times. I absolutely adored the banter between Gideon and Eli.

“Oh my God”, he says faintly, “Were you burgled?” He pauses. “Could they find anything? Did you have to help them look?”
I laugh helplessly. “Shut the fuck up. I’m messy. Deal with it.”
“I can seen now where the not keeping lots of clothes comes in. The ship would have probably sunk under the weight of all this.”

This book can be read as a standalone. But I loved revisiting Oz and Silas and after reading this one I can’t wait to read Milo and Niall’s story. I bet it’s going to be amazing too…It’s been a pleasure to witness Gideon’s coming out. I love age gaps in stories and I really enjoyed the secondary characters…The ending is so sweet!  It’s low on angst, a slow-burning and a super HOT story!

I highly recommend this one! 💕

I’m going to echo a friend’s review here and say that I’m probably one of the few who didn’t dislike Gideon in book two. In fact, an arrogant asshole character is totally my thing.

Gideon is a hugely successful Actor who seems hell-bent on pushing the self to destruct button-losing himself in mindless sex and out of control partying. Almost ignored by his parents from a young age he’s been guided and manipulated by his ruthless Agent for years. Too jaded to care he just goes with acting roles that are presented to him and believes his Agent’s advice that staying deep in the closet is the best thing for his career. 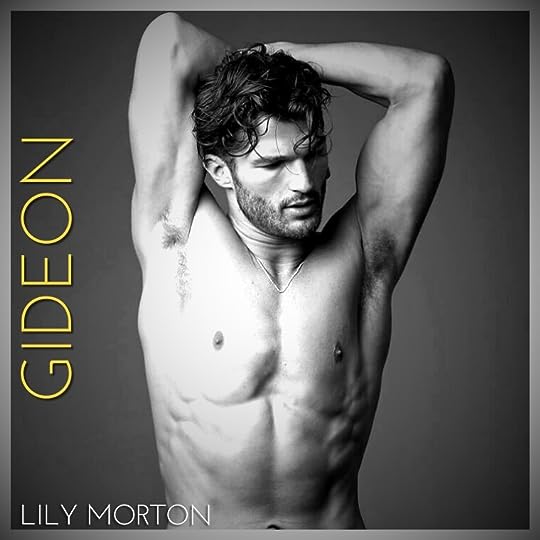 When a serious illness forces him to take time out it’s a spirited nurse that slowly breaks down his defenses and make him see there’s so much more to life. Unable to fly to Gideon’s absolute horror he’s been booked to travel back to the UK on a cruise, accompanied by Eli, the nurse.

I ABSOLUTELY ADORED the first half of this book. The ‘golden oldies’ cruise was priceless! This is Lily Morton at her absolute best and the reason she’s one of my favorite Authors. The banter, humor, and one-liners were just perfect. Gideon and Eli bounced off each other in the best way.

The second half, back on dry land, was just a little bit too sweet for my taste here. Still, though, I really enjoyed Gideon and Eli’s story. A great addition to this hugely enjoyable series. And the inclusion of the other couples in this series added perfectly to the story.

Read an Excerpt from Gideon
Copyright © 2019 by Lily Morton. All rights reserved.

“Round the block?” he intones in a gloomy voice.

The car moves off slowly. He examines my face in the mirror. “You okay, sir?”

He shrugs, returning his attention to the road. “You don’t look so good, Mr Ramsay.”

“Oh Russ, you old charmer, you,” I drawl, slugging some more tequila. “What’s with the ‘sir’ and ‘Mr Ramsay’ business anyway?”

He ignores the question. He’s more passive-aggressive than Taylor Swift. “You haven’t eaten properly for a few days now,” he says instead in a concerned voice.

“I have eaten,” I say crossly.

“Tequila and vodka aren’t any of the major food groups.”

I shrug. “I had a Pop-Tart this morning.”

“You had that yesterday and very charmingly regurgitated it into a jasmine bush earlier on.”

“I surely hope you are,” he says wryly. “Because you’ve got your hands full tonight.”

I shake my head, thinking of the two men I’m about to get into bed with and looking down at my very disinterested cock. “Russ, you’d need a medium and a séance to bring my dick back to life tonight.”

He laughs loudly and then sobers. “Maybe you should call it a night then. Go to bed on your own for a change, sir.”

“Okay, Nanny McPhee. And maybe I’d be better with a box of tissues and a wi-fi connection.” I sigh. “Actually, that sounds a lot quieter.” I stare blearily at the back of his grey head. “I hope you also know that tagging the word sir on the end of a sentence doesn’t make it any less bossy.”

Lily writes contemporary romance novels and specialises in hot love stories with a good dose of humour. Lily lives in sunny England with her husband and two children, all of whom claim that they haven’t had a proper conversation with her since she bought her first Kindle. She has spent her life with her head full of daydreams and decided one day to just sit down and start writing about them. In the process, she discovered that she actually loved writing, because how else could she get to spend her time with hot, funny men! She loves chocolate and Baileys and the best of all creations – chocolate Baileys! Her lifetime’s ambition is to have a bath in peace without being shouted by one of her family.