We are happy to welcome Sean Michael to talk about the new book,
Inked Music
Check out this fantastic new release…read an Excerpt and grab your copy today.
You don’t want to miss this book!
More details below…😀 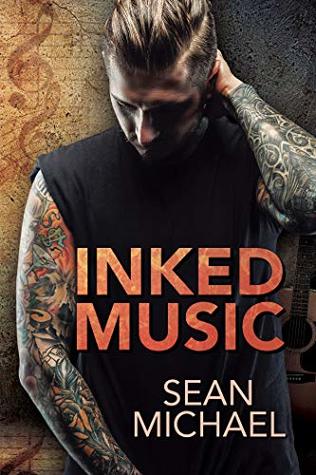 Can a wealthy but bored businessman rescue a tortured musician from his self-imposed purgatory with a scorching kinky romance?
When Rene Conette attends an intimate performance at a local bar, the guitarist moves him enough that he attempts to go backstage but is stymied by the man’s bodyguard. Putting it down as not meant to be, he goes on with his life only to run into the man again, late at night at a bookstore.
Gavin Turner used to be a famous musician until an obsessed fan kidnapped and tortured him. Then it came out that he was into the BDSM lifestyle, and the court of public opinion ravaged him. He lost his Master and his self-confidence. Now he hides behind his ink and his bodyguards, who make sure he doesn’t come into contact with anyone or anything he doesn’t want to. Though it’s been years since he satisfied his needs, he doesn’t think he can trust again.
If Rene can work his way past Gavin’s defenses, they might find they complement each other perfectly.

Thank you to Dirty Books Obsession for hosting me today.

I love starting a new book. I love discovering who the characters are, what the things are that make them unique. I really love writing how they first meet, their first kiss, the first time they make love. It’s all shiny and new and exciting and it gets my writing juices flowing big time.

Some characters just pop for me right from the start in a special way and I know they’re going to be awesome. Rene and Gavin were like this. I knew it the minute Gavin stepped out on stage in nothing but a pair of jeans and his skin that was covered in tattoos. Rene and I both sat up and paid attention when that happened.

Each character comes with their own personalities and traits and quirks too, and those are just as fun to discover. Like music for Gavin. He’s not just a musician, but music drives his life. It’s his breath, you might say. I loved how Rene dialed in on that and instinctively made sure that Gavin always had music around him even when he was visiting Rene’s place.

I hope you love discovering Rene and Gavin, too!

Read an Excerpt from Inked Music
Copyright © 2019 by Sean Michael. All rights reserved.
~*~

He settled in his chair with his book, but he had a hard time focusing on the story. He kept thinking about Gavin. About what he’d seen of the man here and back at the bar a couple of months ago.

There was an air of hunger around Gavin, a strength, a vulnerability. God, it was intriguing. He screamed submissive, and Rene hadn’t had anyone really call to that part of him in so very long. Maybe ever, not like Gavin did.

He finally closed his book, giving up on pretending he was reading. His mind wasn’t into it right now, being consumed with thoughts of Gavin instead.

Tea. Maybe tea. He wandered to the front of the store. “What are you brewing up here?”

“Magic. Pure magic. This is vanilla and cinnamon chai.” Drake meant it about the magic too. It was one of the reasons he made such a good nighttime manager for a place that encouraged homeless youth to use it as a refuge.

“If you say so.” He poured himself a mug of tea and grabbed a couple of the hilariously named cookies.

“You’ve got a barefoot customer back there, you know.” That was from a pinched-face young man who was carrying a handful of graphic novels. “That’s not cool. You don’t know where he’s been.”

Drake’s brother? What were the odds that the night manager here would know the man Rene wanted an introduction to? He waited until Drake had rung up the young man’s books and the door had clicked shut behind his skinny ass.

“Your brother?” he asked.

“Yeah. He hangs out one night every couple weeks. He drinks tea and buys thirteen books to make it through the rest of the time.”

“When he’s not here. You know. The other days.”

“So it’s a lucky coincidence that I came in tonight.” Very lucky.

Best-selling author Sean Michael is a maple leaf–loving Canadian who spends hours hiding out in used book stores. With far more ideas than time, Sean keeps several documents open at all times. From romance to fantasy, paranormal and sci-fi, Sean is limited only by the need for sleep—and the periodic Beaver Tail. Sean fantasizes about one day retiring on a secluded island populated entirely by horseshoe crabs after inventing a brain-to-computer dictation system. Until then, Sean will continue to write the old-fashioned way.