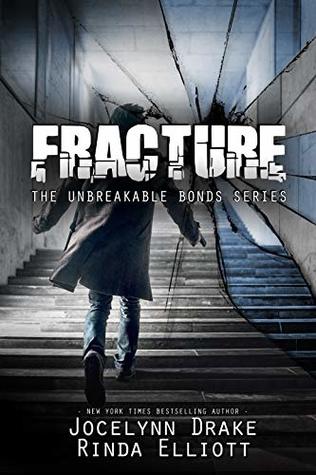 After three years, Snow and Jude’s relationship is still passionate and strong. They’re getting ready for a romantic vacation at home when Jude receives a horrifying call no one wants to receive. His youngest brother was found barely clinging to life. While Jude’s family is rallying around Jordan, Jude is determined to find out what happened to him.
Snow and Jude follow the clues, investigating a side of Jordan’s life none of them knew about…and is far darker than any would have believed possible. They get pulled deeper into the seedy side of life, while echoes from a past Snow thought he walked away from return to offer an unexpected insight into the cause of Jordan’s injuries.
But someone else has noticed their involvement and is furious, putting them both in danger. The risk is high but so is Jude’s determination to find the truth—though the knowledge could very well fracture his heart. 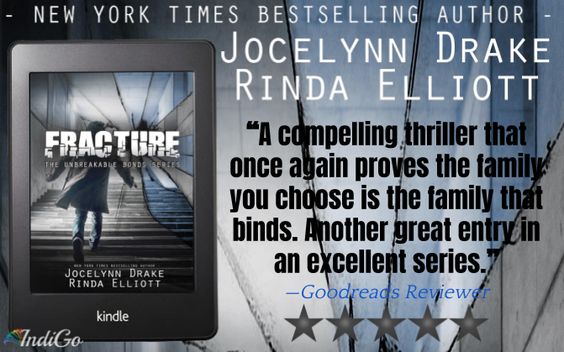 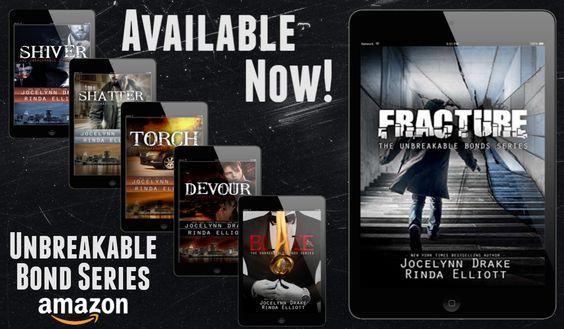 Loved this one SO much! Action-packed & super HOT!

This is book #6 in the Unbreakable Bonds series…I absolutely adored all the couples! But I loved Lucas and Andrei the most, followed closely by Snow and Jude. I might re-read their stories at some point, and I am not a fan of re-reading. With so many new goodies out there, I just can’t seem to find the time to re-read the stories I really enjoyed.

In Fracture Snow Frost and Jude are again the MC’s and it felt like I’ve read Shatter only a few weeks ago. This! This makes me realize a story deserves 5 stars. Knowing I will remember the characters and their story over time. I’ve read so many books these past years and I can honestly say only a few left a mark on my memory…So when I started Fracture I remembered so much about this HOT couple and how much I loved them. Snow – with his tough and serious exterior. Jude – with his big heart. Them together – super hot!!

I already knew this writing duo creates such amazing stories, but this one blew my mind! It kept me on the edge of my seat most of the time and I was extremely curious about what really happened to Jordan, Jude’s youngest brother. He’s in the hospital, fighting for his life and not even the police have any clue about why he got there and who hurt him. As his awful experiences are revealed, I really understood Jude’s desire to kill the man behind his brother’s horrific abuse.

I don’t want to give too much away, but you need to treat this story carefully if sexual abuse is a trigger for you, as it is mentioned at the beginning of the book.

What I really loved about this one would be the suspense and the hotness. Snow and Jude are like fire together and this book has A LOT of action, but also many hot scenes!
We get here bullets, crashing cars, bad men going down, some Addams Family code names (which was hilarious) and a perfect HEA! What could you want more?!

It was great revisiting all the other characters in this series, especially Lucas and Andrei!! I also loved Snow’s revelation at the end, and all his sweetness. You would have never guessed the Ashton Frost from Shatter is the same man with the one we get here. I guess 3 years of a solid relationship and some life-threatening events put things in perspective. Right?

Highly recommend this book, and if you haven’t read the previous books, you should definitely read them soon and in order to better enjoy their world.

So this one goes to my 5 stars stories of 2019 and one of my favorites in the series!💝

Roughly three years ago, he’d run into this same hospital to find one of his best friends on the floor, his entire world falling apart because his wife had been killed in what had appeared to be a car accident. And he hadn’t been there to operate on her. To save her life.

Melissa Ward had been light and laughter and happiness. She’d brought joy to all who knew her.

And Rowe Ward had been devastated to lose her. They all had been.

Now Snow was running through the hospital where he and Jude worked nearly every day. He was vaguely aware of familiar faces registering surprise and flashes of sadness as they passed by, but it didn’t matter. They stopped only long enough to find out that Jordan was in surgery and that Jude’s family was already in the surgical ICU waiting room.

“Snow,” Jude said in a low, shaky breath as they waited for the elevator to ascend to the correct floor. That broken sound gutted him.

He reached over and wrapped his hand around the back of Jude’s neck, pulling him tight against his taller frame. “We’ll figure this out,” he replied, forcing the words past the lump in his throat while telling himself that this was not going to be like Mel.

Jordan was a strong young man. Not even twenty-one yet. A good guy who loved to laugh. Definitely not the sort to seek out trouble. This had to be nothing more than him being in the wrong damn place at the wrong damn time. The doctors on call would be able to fix him up and get him safely on the mend.

But he couldn’t give Jude promises that he couldn’t keep or offer fake platitudes. Jude had worked as a paramedic for several years now. He’d been the paramedic first on the scene for Mel. He knew how quickly things could turn bad with nothing anyone could do to stop them.

“My brain won’t accept it. Not Jordan.”

The elevator doors parted, and they were quickly moving again to the large, quiet waiting room.

One lucky winner will receive a $25.00 Amazon Gift Card