Check out this fantastic new release…
Read an Excerpt, Wendy’s Review…and grab your copy today!
You don’t want to miss this book…
More details below!😀 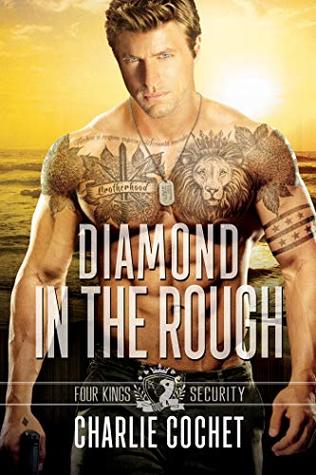 When the cards are stacked against you, the Kings will even the odds.
For Ward “King” Kingston the role of protector, forged by fire and tragedy, is one he takes seriously. When King is asked to safeguard the son of a four-star general and friend, he is pulled back into the world of government black ops on a mission that raises painful memories from his past. The moment King meets Leo, amid the chaos of a lockdown at a secret black site, it’s clear he’s never faced a challenge like this—one that will test his unwavering sense of control.
Leopold de Loughrey is a misunderstood genius whose anxiety and insecurities are sent into overdrive when he is forcefully recruited to work on a top-secret project. Terrified of what his role as “invaluable asset” means, Leo’s stress leads to disappearances, arguments, and blowups that threaten the project and Leo’s future. King’s arrival is a calm in the storm for Leo and his frenetic thoughts.
King and Leo couldn’t be more different, yet as they navigate the dangers of a secret multi-agency operation and face unknown threats, their differences could be what saves them. Neither man believes a happily ever after is in the cards, but their hearts might just prove them wrong… if they can survive a deadly betrayal. 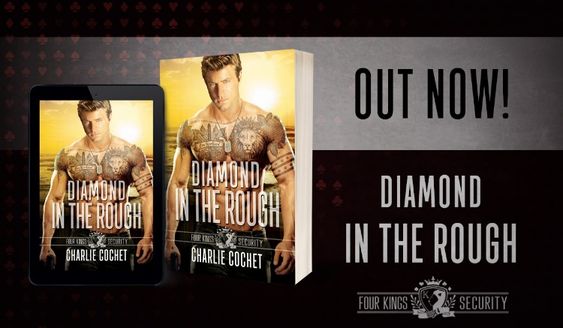 I have read and loved every single book in this series and I was so excited about finally getting King’s story. Even though each book focusses on a different couple, I would advise reading them in order, starting with the first book Love in Spades. These men are so close…they are a self-made family, So they all have their own important part to each of the stories.

King’s story was absolutely amazing and so was his love-interest Leo. Sweet, shy and quirky genius Leo. I loved the awesome nerd!!! It is one of my favorite tropes…the nerd and the tough guy. Works for me every single time. 😉

King was every bit as protective as I expected him to be. The UST between the two of them was delicious and also a bit nerve-wracking, 😍 I just wanted them to get with the program already!

When they finally gave in it was perfect… They were a wonderful couple, so sweet, caring and hot together. They made each other so happy like they both deserved to be. King finally found a reason to let go of the past and Leo found his safe haven… It was perfection.

The background story also had my full interest and I was glued to the edge of my seat, the entire time I was reading. I just knew the shit was gonna hit the fan at some point…It is hard topping Lucky and Mason’s book, who have been my favorites so far. King and Leo come in at a close second…maybe it’s even a tie. I guess I will have to do some re-reads to be sure. 😛

Oh and also… I am a huge fan of Spideypool… I ship them so freaking hard!!! 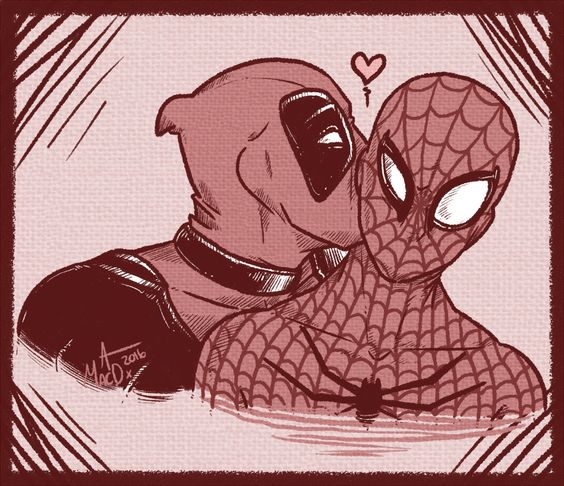 I am really looking forward to the spin-off series “The Kings: Wild Cards“, and Jack and Fitz’ story “Stacking the Deck“. Jack has me really intrigued at the moment. He is a big nerd as well, and I fell in love with him a bit more while reading this book. Also…some extra kudos for Chip (and Joker)…who is awesome!!!

I highly recommend this series!! 💕

Read an Excerpt from Diamond in the Rough
Copyright © 2019 by Charlie Cochet. All rights reserved.

Leo bit down on his bottom lip and nodded. “Mm-hm.” How about we not reveal what a complete and total freak we are to the hot soldier guy? Not hot. Obviously hot, but Leo shouldn’t be thinking hot. Ones and zeroes. That’s what he should be thinking. Ones and zeroes and sixes, or was that eights? Six-pack or eight-pack?

Leo’s jaw went slack. Holy shit, he’d said that out loud! He promptly shut his mouth, eyes wide. Something banged somewhere, and he flinched. Lifting his gaze, King scanned the room, his expression turning pensive, like he was trying to figure something out. For Leo, it was easy. Noise. It filled the room. Clicking of keyboards, talking, whirring of equipment, and movement. The hostility that rolled off some of the analysts like little clouds of doom didn’t help either.

“I’ll be right back,” King said before he headed toward the analysts.

Leo followed King’s movement as he walked down the rows of workstations until he seemed to find what he was looking for. With a warm smile at Heather, one of the first analysts to be recruited, he pointed to a pair of heavy-duty noise-canceling headphones. He said something that had her blinking up at him, and he checked her ID before his next words were followed by him putting his hand to his chest. She raked her gaze over every inch of him—way to be subtle, Heather—and her cheeks went pink before she lifted her wide eyes to his. Leo wouldn’t have believed it if he hadn’t seen it, but she visibly sighed. Like a dreamy sigh, not the frustrated “why do you have to breathe the same oxygen as me” sigh she’d given Leo that morning when he’d asked to borrow a highlighter.

Heather nodded, and King took the pair of large headphones from her desk, then returned to Leo, Heather’s gaze never leaving him, or rather his ass. Leo narrowed his eyes at her, and when she realized she’d been busted, she started typing away at her keyboard like she was Sandra Bullock in Speed and her desk would blow up if she typed under fifty words per minute.

“Does anyone actually ever say no to you?” Leo asked.

King chuckled and handed him the headphones. “You’d be surprised. My family certainly has no problem giving me a piece of their minds. Noise-canceling headphones. Why don’t you use these for now and let me know which brand you prefer, and I’ll be sure to get a pair brought to you right away.”

“One of my brothers-in-arms, Jack, handles cybersecurity for Four Kings Security, and when he’s working on an important project, he puts on headphones to block out any noise that messes with his concentration. Usually it’s when our other brother, Ace, is in the same building.” 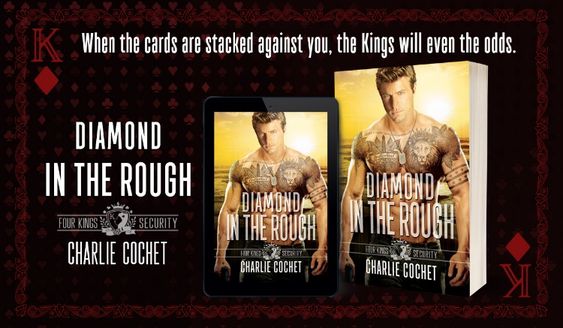 Charlie Cochet is the international bestselling author of the THIRDS series. Born in Cuba and raised in the US, Charlie enjoys the best of both worlds, from her daily Cuban latte to her passion for classic rock. Currently residing in Central Florida, Charlie is at the beck and call of a rascally Doxiepoo bent on world domination. When she isn’t writing, she can usually be found devouring a book, releasing her creativity through art, or binge watching a new TV series. She runs on coffee, thrives on music, and loves to hear from readers.