We are happy to welcome Andrew Grey to talk about his new book, Rebound.
Check out this fantastic new release…read an Excerpt and grab your copy today.
You don’t want to miss this book! 😀
More details below… 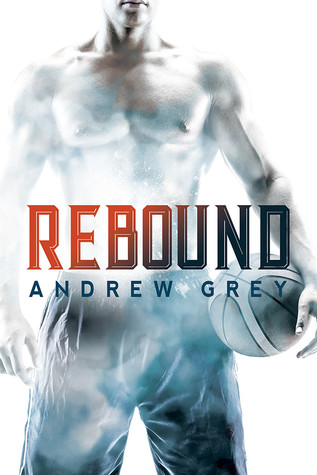 Professional basketball player Bri Early needs a physical therapist after an injury, and he’s heard that Obie is the best. Bri takes an immediate liking to the out-and-proud man with the magic touch, and even though Bri isn’t openly gay himself, he’d never let anything stand in the way of something he wants.
Obie can’t deny that the sexy athlete presses all his buttons, but he’s a professional and has no intention of getting involved with a client. While they’re working together, it’s hands off, no matter how great the temptation.
But being a pro athlete isn’t easy. Bri has enemies, and one of them is making his life hell. When his house is set ablaze, Bri can no longer pretend the threatening messages he’s receiving are jokes. He needs a safe place to stay, and Obie can’t turn his back. But the two of them in the same house is a recipe for combustion that could burn them both….

I love athletes. For a large number of years, I worked out at a gym near my work.  I wish I could still work out, but as I got older my legs and feet rebelled. But one of the greatest pleasures of the gym was the eye candy.  Of course, I had to be discrete, but I will say that some of the men at the gym was drop dead gorgeous. I love my husband, but I will admit that the guys at the gym provided a great deal of inspiration for a large number of characters. Bri is one of them. At the gym, I met professional football players, aspiring basketball stars, and professional bodybuilders. So I hope you all enjoy my latest hunky inspirations and I hope you enjoy the story.

Read an Excerpt from Rebound
Copyright © 2019 by Andrew Grey. All rights reserved.

Just as Obie suspected, they got there only to stand in a line a block long. Worse, it hadn’t moved more than ten feet in the last half hour. At this rate, they would get in next Thursday. In desperation and because he was tired of standing there, he messaged Monty and got a quick response.

“The guys are with me,” Obie said.

“I’ll warn him.” The message was followed with a happy face. And sure enough, five minutes later, Hunter, accompanied by one of the bouncers, found them and they were escorted around the rest of the line and into the club, which pulsated with energy.

“Oh my God,” David said, holding on to Obie’s arm as though he might faint. “Would you look at him.” He pointed, and Obie let his gaze follow. “Do you think he’d let me climb him like a tree?”

“No!” Obie said firmly. “Just don’t you dare.” Then he turned at the sound of a familiar voice. There was his newest client, propped up on crutches.

“Hunter,” he heard Bri say as they approached. “This isn’t my thing. I’m happy to support the AIDS Research Council, but it’s getting late. I think I’m just going to head home.”

Obie was definitely surprised to see Bri here, but then, the evening was for a good cause. He liked that Bri cared enough to help out.

He was just about to go over and say something, but his friend beat him to it.

“Hi, I’m David.” He held out his hand to Bri. “You’re Bri Early, aren’t you? I’m sure I’ve seen you on television. You do those luscious commercials for Chanel. I went out and bought some, just because of you.” He leaned closer. “Want to check it out and see?” He pressed his upturned hand forward so Bri could supposedly smell his wrist.

“Knock it off,” Obie said. “Be nice. He doesn’t want to smell you.” He definitely needed to run a little interference.

“Yeah, none of us do,” Chippy added, much to David’s visible consternation. Chippy tugged David in the direction of the bar as Monty joined Hunter, wrapping an arm around him.

“Dang, half of gay Philly is here tonight.” Monty looked up at Hunter, his partner. “I think I need to mark you, just so all the trolling queens will keep their damn distance,” he said, louder than was necessary. The circle of guys inching their way closer seemed to back away a little, but not for long. It seemed they had their sights on Bri as well.

“I know. Thanks, Hunter, for coming to our rescue,” Obie said. “I thought we’d be in that line forever.”

“Speaking of rescues, do you think you could give me a little help?” Bri glanced around, his deep brown eyes a little dazed as the vultures seemed to close in.

“No problem.” Obie walked to his left side, taking Bri’s arm. “Let’s see if we can find a table.” Obie gave the onlookers his best “He’s with me, bitches” look and guided his new client over to a table with a Reserved sign on it. Hunter slid right in with Monty, and Obie made sure Bri got settled before he took a place next to him.

“What can I get you?” a buff server asked, a black T-shirt, at least two sizes too small, straining over his chest and biceps.

“I’ll have the same. I need to make sure I can get my friends home in one piece.” Obie thanked the server as he was leaving.

“They seem a little feral,” Bri said, and Obie chuckled. Damn, he couldn’t help it.

“They’re good guys, believe it or not. Even if they’re a little over the top sometimes.” He turned to see David and Chippy on their way over, each with their hands full.