Check out this fantastic new release…
Read an Excerpt, Wendy’s Review…and enter the Giveaway!
You don’t want to miss this book…grab your copy today!
More details below!😀 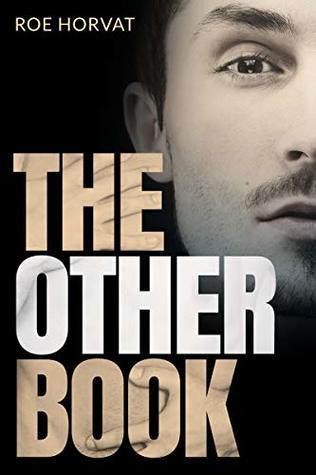 It was supposed to be just sex… Famous last words.
Tyler doesn’t overthink pleasure and avoids complications. He knows it might be stupid to get involved with his closeted boss, but the temptation is too great. At first, the cold and beautiful Joel Sandstrom seems to loathe Tyler’s guts.
Except one late night at the office, his reasons become clear…and his control breaks.
Every time they touch, Joel’s stony face comes alive, harsh lines smooth out, and for a minute, he looks serene. Happy, even. Just sex – dirty, intense, spectacular sex.
During their covert encounters, Tyler discovers the power he has over the lonesome man, and it’s a heady feeling. What if he could set Joel free and give him peace of mind? When Tyler realizes how much Joel needs him, he doesn’t regret breaking his own rules.
— Gay erotic romance. Contains explicit scenes and sexual interactions between more than two partners. For adult readers only. — 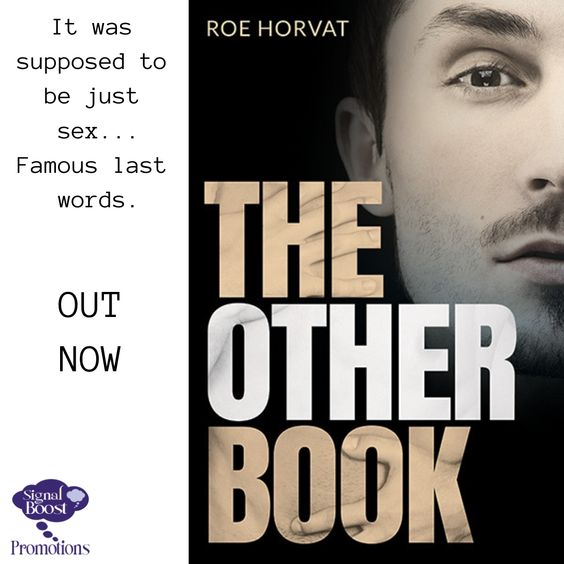 This book is quite the topic on Goodreads and it isn’t even out yet. I have seen friends left and right raving about how good it is and of course, I had to read it for myself and see. I am glad to say that they were NOT wrong!! Most of all this book is extremely HOT. Be prepared and approach with caution…your underwear might disintegrate…

Now there is a warning at the beginning of this book and it states that this is a gay romance and that there are scenes with sexual interactions between more than two partners… This is not a lie… There is some awesome foursome (heh) action in this one. If you are all into the one on one deal…you should skip this one. 😉 But you will be missing out on some HOT but also very loving scenes.

I myself am not a huge fan of short reads and I am not gonna lie…I could have done with a bit more, I am just greedy like that. But honestly, it’s actually pretty deep (heh) for a short story.

”Watching him folded underneath me, I wanted nothing more than to set him free, and give him peace.”

It might not be very long but it definitely packs a punch, and even though there is a lot of sex…and I do mean A LOT…there is also lots of feelings and even a smidge of romance.

“I would stay inside you all night if it was possible”

I really enjoyed reading this one. I loved seeing how Tyler was slowly setting Joel free. It was sweet and sexy and even sad at times. And yes it was extremely HOT but there was a beauty to it as well. 😉

Read an Excerpt from The Other Book
Copyright © 2019 by Roe Horvat. All rights reserved.
~*~(warning: adult language, but no explicit scenes)

Thursday was a long day.

I messaged Christoffer to say I wouldn’t be able to make it this weekend because my boss was a slave-driving ass.

Tina knocked on my booth at half past eleven.

“Tyler? Joel says he wants you in the conference room at one for the meeting with Mercury.”

I scowled, my mood getting worse by the second. “He could have emailed me, messaged me, or come down here to tell me himself. You’re not his secretary.”

Tina rolled her eyes. “Calm down, Avenger. I bumped into Joel in the kitchen. He mentioned you might need to be there. I told him I’d let you know.”

It took a me a while, but in the end, I had to admit I had no comeback to something so…normal. Damn it. He didn’t even give me valid reasons to hate on him.

“I’ll be there,” I mumbled, turning back to my screen.

“Me?” I pivoted on my chair to face her. Joel was the one being a jerk. And he was the boss! How was I supposed to cut him slack?

“You know what I mean,” Tina threw over her shoulder, walking away toward her desk.

“What?” I called after her, but she didn’t reply.

Two hours later, I parked my butt in the conference room, opposite Joel. He was looking at his laptop screen intently, not acknowledging me. He never talked to me unless he absolutely had to.

“Nice tie. Matches the ice in your chest,” I commented.

“They will be here in three minutes. Please behave,” Joel said evenly, still not lifting his gaze from the laptop.

“You don’t like it when I behave,” I told him, leaning back.

His eyes flashed to me for an instant, and his lip twitched. Otherwise, expression Number One: immaculate control and contained rage. “Tyler, can you act professionally for ninety minutes?” he hissed.

That was it. How come I was suddenly the unprofessional one?

Joel sucked in a breath and clenched his jaw. Red stain crept up his neck, but he stood gracefully and offered his hand to the forty-something woman who entered the room. A tall young man in a lovely dark-blue suit followed her. He had high cheekbones and porcelain skin, and he blushed fiercely when he saw me. Nice. I made sure to smile at him when we shook hands. His eyelids fluttered. Matt, who held the door for the Mercury people, gave us a tight greeting and closed it.

We sat, and my attention shifted from the young beauty back to my boss. Joel’s stare became glacial. I smirked. This was going to be fun.

It wasn’t fun. At all. Their requirements were unspecific, their expectations exaggerated, and the pretty boy was a pretentious jerk. I suffered through the hour and a half trying not to let them know they had only wasted my time.

Joel accompanied the Mercury people to the hall and shook hands with both. I tried to slip past them back to my soundproof sanctuary, intent on closing myself in there for the rest of the day. I hated client meetings with a passion—even when they involved pretty young things. But Joel called after me, ruining my escape.

“Tyler? Can you wait in the conference room? It will only take a minute.”

I let out my frustration by making the face of a backstabbed warrior, and slowly turned around.

Back in the conference room, I sat down on the same chair, which was still warm from my butt. Hopefully, Joel would only want to go through the details of the meeting and then I could go hide again.

He stepped inside and closed the door.

“I have a request,” he began slowly. He stayed by the door, as far from me as possible.

I leaned forward and supported my chin in my palm, waiting.

“I can’t let the situation get out of hand,” Joel continued, suspiciously vague. “I have some serious private matters going on right now. I hope you will understand and help me to…handle this gracefully. I can’t afford any added complications.”

Oh, it was that kind of a request!

“Joel, I told you, I won’t out you. I’m not a complete shit,” I said with disgust. What the hell did he think of me?

Joel flashed me a disturbed look. “No, I know that. I only need us to…stop being personal.”

“You mean you won’t suck my dick anymore, boss?”

He had the grace to wince, yet he didn’t reply.

Queer fiction author Roe Horvat was born in the post-communist wasteland of former Czechoslovakia. Equipped with a dark sense of sarcasm, Roe traveled Europe and finally settled in Sweden. He came out as transgender in 2017 and has been fabulous since. He loves Jane Austen, Douglas Adams, bad action movies, stand-up comedy, pale ale, and daiquiri, with equal passion. When not hiding in the studio doing graphics, he can be found trolling cafés in Gothenburg, writing, and people-watching.

Ebook of The Other Book