Check out this fantastic new release…
Read an Excerpt, Wendy’s Review…and grab your copy today!
You don’t want to miss this book!😀 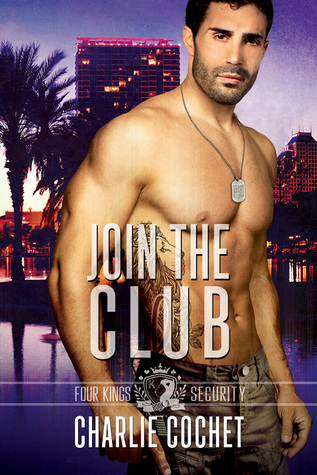 Eduardo “Lucky” Morales is a fighter, from his childhood days in Cuba to his time as a Special Forces Green Beret. Scarred by the wars of his past, Lucky has learned nothing lasts forever. Guarding his heart is second nature, and getting emotionally involved is not an option. As co-owner of Four Kings Security, Lucky works hard alongside his former brothers-in-arms and fellow Kings, but he also plays hard. Flirting with sexy Texas cowboy and detective, Mason Cooper, is too much fun to resist, until Mason turns the tables on him.
Mason Cooper may not be a soldier, but he’s fought his share of battles as an openly gay cop and now a detective for Major Crimes. Mason has no idea when things changed between him and Lucky, but the gorgeous, fiery Cuban has turned his world upside down. When a mistake leads to his suspension from the force, Mason turns to the least likely person for help: Ward Kingston.
Determined to keep Mason at arms’ length, Lucky is surprised to find the man at Four Kings Security. The Florida nights might be getting cooler, but the heat between Lucky and Mason burns hotter with every passing moment. Working private security can be dangerous and unpredictable, but so can falling in love. 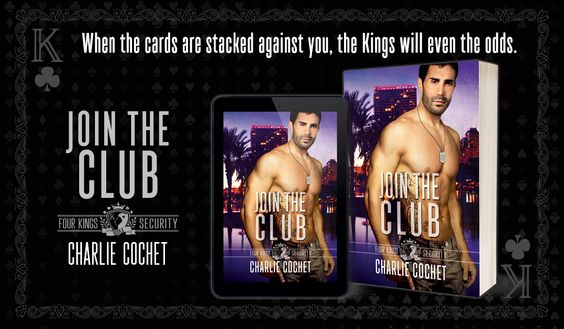 I have been dying to read this book ever since I met Lucky and Mason in “Love in Spades”. The sneak peek we got in “Be Still my Heart” only made my impatience worse…I had a feeling their book was gonna be explosive, especially in the sexy way, and I  love it when I am right!!!

I was a bit worried that things would be awkward…with Mason being Ace’s ex and all, but there was absolutely no need. It was pretty obvious that Mason and Lucky were just meant to be…and that Ace is still an awesome friend. It must be so great to be part of “The Kings” family. I know that’s how Mason felt.

The steam, as I expected, was delicious…Two alpha personalities going at it, so yummy. Mason had quite the dirty mouth on him…he even managed to make Lucky blush. 😉

“Yeah, oh is right. O, as in I want to rim that tight little hole of yours until you are coming apart for me. I want to fuck you with my tongue.”

So far this has been my favorite book in the series, but we still have King’s story to come and I am sure his book will also be EPIC. Thankfully we won’t have to wait too long for that one…Well, that’s a lie actually because each day I have to wait is a day too long. 😛

This book was sweet, hot and funny with the right amount of mystery/suspense. I would advise reading these books in order since they have a bit of a continuing timeline and recurring characters.

Excerpt from Join the Club
Copyright © 2018 by Charlie Cochet. All rights reserved.
~*~

This was going to be a long night. Lucky felt it in his bones.

Once they were in downtown Jacksonville, Lucky pulled the truck into the parking lot of the bank across the street from the skyscraper they’d be watching. Jack had acquired the perfect spot near the lot entrance in case they had to move quickly, and a small team of security agents were parked in the Central Station parking lot, waiting for word from Lucky. With the engine turned off, Lucky unbuckled his seat belt and climbed out of his seat at the time Mason did. Lucky reeled back in an effort not to bump into him, the back of his knees hitting the seat. He flailed, throwing an arm out, but he needn’t have worried. Mason wrapped an arm around his waist and caught him, bringing him up against his hard body.

“Easy there, darlin’,” Mason murmured quietly, their lips only inches apart. “Don’t want you hurting yourself.”

Lucky swallowed hard. He felt Mason’s warm breath against his skin. “You’re stepping on my shoe.”

“These boots are Guiseppe Zanotti.”

“Am I supposed to know what that means?” Mason asked, releasing Lucky.

“It means they cost almost a thousand dollars.”

Mason stared at him. “Why the hell are you wearin’ thousand-dollar boots to work surveillance? You know there are kids out there starvin’?”

“Yes, I know,” Lucky spat, pushing Mason away from him. “I was one of them. Now excuse me. We have work to do.”

At least Mason had the decency to look mortified.

“Forget it,” Lucky muttered, taking a seat behind the console to log into the security system. “I don’t need to explain myself to you. Just sit down and pay attention.”

Mason took a seat beside him, his expression solemn. Thankfully, he didn’t speak. Lucky didn’t need his apologies or his permission. In Cuba he’d spent most of his time barefoot because the shoes given to him were either beyond salvation or he grew out of them so quickly they hurt his feet to the point he couldn’t walk. Now he could afford all the shoes he wanted, and if he wanted to spend money on designer shoes, no one had the right to make him feel like shit for it. He wasn’t stupid. His savings account was solid, and his retirement account was one of the first things he’d set up when he got his first job. He spent a lot of money, but he also saved money because he knew what it was like to have nothing. He was never going back to that again. Never.

Charlie Cochet is an author by day and artist by night. Always quick to succumb to the whispers of her wayward muse, no star is out of reach when following her passion. From adventurous agents and sexy shifters, to society gentlemen and hardboiled detectives, there’s bound to be plenty of mischief for her heroes to find themselves in, and plenty of romance, too!  Currently residing in Central Florida, Charlie is at the beck and call of a rascally Doxiepoo bent on world domination. When she isn’t writing, she can usually be found reading, drawing, or watching movies. She runs on coffee, thrives on music, and loves to hear from readers.