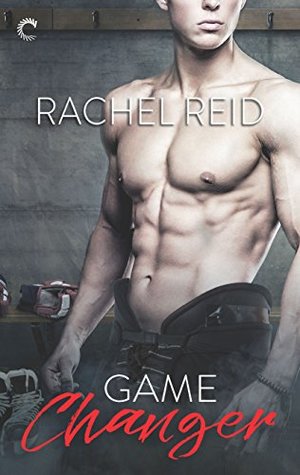 ~Synopsis~
New York Admirals captain Scott Hunter takes his pregame rituals very seriously. In this case, it’s not just a lucky smoothie he’s craving—it’s the man who made it.
Pro hockey star Scott Hunter knows a good thing when he sees it. So, when a smoothie made by juice bar barista Kip Grady precedes Scott breaking his on-ice slump, he’s desperate to recreate the magic…and to get to know the sexy, funny guy behind the counter.
Kip knew there was more to Scott’s frequent visits than blended fruit, but he never let himself imagine being invited back to Scott’s penthouse. Or kissed with reckless abandon, never mind touched everywhere all at once. When it happens it’s red-hot, incredible and frequent, but also only on Scott’s terms and always behind his closed apartment doors.
Scott needs Kip in his life, but with playoff season approaching, the spotlight on him is suddenly brighter than ever. He can’t afford to do anything that might derail his career…like introducing the world to his boyfriend. Kip is ready to go all-in with Scott—but how much longer will he have to remain a secret?

I was sold the moment I read the blurb for this book. I mean “Hockey players” … no way I was gonna pass up on this one !!! Everyone knows I love a good “Sports Romance” and hockey is definitely my favorite. 😉

Scott Hunter is the captain of the New York Admirals Hockey team. He is also very much in the closet. So much so, that he only hooks up when he’s on vacation in countries where they don’t recognize him…A blueberry smoothie (well there was some kale as well) is about to change of all this though…

One look at Kip Grady, the smoothie barista and he know he is in trouble. He keeps coming back to get his smoothie fix…After all, it’s very important for hockey players to keep up their routine…especially when they hit a “winning streak” (yeah right)!! Of course, it’s not the smoothie Scott is really after, and once this becomes clear, all bets are off…Yowza!!

Now, these two got together pretty damn fast. Not that I am complaining, because they were freaking HOT…but there is a bit of insta-lust/love going on…At first, Kip is over the moon happy. Who wouldn’t be, getting in bed with a sexy NHL player on a regular basis? And they get down and dirty a lot!!!

But as time passes, Kip is getting quite frustrated and he’s starting to feel like Scott’s dirty little secret. Scott is away a lot, and when he isn’t, they are always holed up together in his apartment, in fear of being outed. They don’t go out together and Kip finds himself more and more alone inside Scott’s apartment. It’s like stepping back inside the closet.

I myself got annoyed a time or two with Scott because he kept taking and taking he wasn’t willing to give anything in return. Kip was trying to be so patient with him…up until a certain point that is.

No worries though…Scott definitely won my affection back. 😉 He just needed a bit of a slap in the face, which he got figuratively…Frustration aside, I really enjoyed this one. I could have done with a bit less steam and a bit more talking though (I can’t believe I am actually saying this…)

I recommend this one to anyone looking for a sweet, hot “sports-themed” gay romance. I myself will be keeping my eye out for more work by this author…maybe Rozanov’s story???