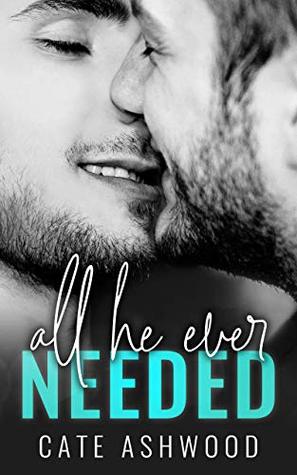 Some secrets are too heavy to hold on to forever.
For Ethan, pretending has become second nature. After all, he’s spent the last decade pretending to be straight, pretending to be happy, and pretending he isn’t desperately in love with his best friend. But in a single moment of raw honesty, all those lies come crashing down around him and he’s left wondering what to do next.
When Jase learns his best friend is going through a breakup, his first instinct is to come to Ethan’s rescue, and he knows just the thing to help. The cabin where they spent summers as kids is sitting vacant, and a week there is the perfect remedy to start healing a broken heart.
In the seclusion of the mountains, long-buried fears and emotions take their friendship into unexplored territory that will either bring them closer together… or tear everything apart.

This was a very light, sweet and fluffy little “friends to lovers” story. It may sound like a GFY, but for me, it wasn’t. Even though neither of them has ever been with another man, they have both thoughts about.  Ethan has known he’s gay for a long time and Jase has felt an attraction to guys before. They have just never acted on their feelings.

Ethan and Jase have been best friends for a very long time. And Ethan has been in love with him, from the moment he knew what love/lust really was…That didn’t stop him from getting into a relationship with a girl though…He has been with Allison for years, they grew up together, but enough is enough and he just can’t lie to himself any longer…So he breaks up with her, and in doing so, he falls apart…a little bit.

Of course, Jase, being the awesome best friend that he is, wants to do everything he can to make things better for Ethan. So he takes him away for a couple of days, to his uncle’s cabin in the woods. Now he just needs to find out why Ethan and Allison broke up and what he can do to make his best friend feel better. What will he do when he finds out what’s Ethan has been struggling with.

Now, these two were really cute together…and HOT, did I mention HOT? They did move a bit fast though, this book is pretty heavy on the insta-love/lust. I didn’t mind too much though since they have been best friends for ages. That said…a bit slower might have been better. 😉 I could understand where Ethan was coming from, but Jase gave in a bit fast and easily.

I highly recommend to those looking for something hot, sweet and fluffy. These two were definitely adorable. 😉

One thought on “~Review~All He Ever Needed by Cate Ashwood~”