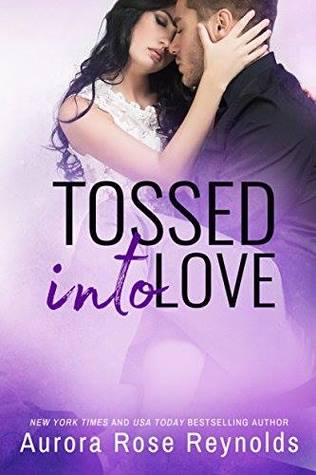 Can the best of enemies become the hottest of lovers? New York Times bestselling author Aurora Rose Reynolds proves that opposites can be compatible—and twice as combustible…
Libby Reed is over it. Or that’s what she tells herself. She’s lusted after one of New York’s bravest for years, but firefighter Antonio Moretti has doused her interest for the last time. As much as she wants the arrogant jerk (in a bad, bad way), they can’t even be in the same room without setting each other off…which might be a problem now that she’s volunteered to help out in his family’s restaurant.
Antonio’s been burned before. Now he knows better than to trust a pretty face and follow another pair of long, beautiful legs into heartbreak. But while Libby might rub him the wrong way, he can’t deny the heat between them. And it only burns hotter when she steps up in his time of need. The closer they get, the more he realizes he may have misjudged her. Then again, he doesn’t know the secret Libby’s keeping that could send their relationship up in flames before it’s even begun.

I am a big fan of this author, so I have read and enjoyed each book in the “Fluke My Life” series. I found, that for me, each book was a bit better than the previous one, which means that this one, was my favorite out of the three.

These books are about three sisters finding love, and it’s finally time for Libby’s story…the youngest sister. Libby is one of the reasons, I liked this book mostly out of the three. She was smart,  mature, hardworking and compassionate and even though, at one point, she took the blame for something that wasn’t her fault…she was no doormat. I think she was great.

That said, Antonio was nothing to sneeze about either…Sure he was a bit of an ass in the beginning, but I think we have long ago established, that I love those assholes, who redeem themselves…and he did…He was also sexy as hell. 😛

All the books in this series are fun, hot and low on angst. I highly recommend these books, if you are in the mood for something uncomplicated, sweet and sexy. 😉