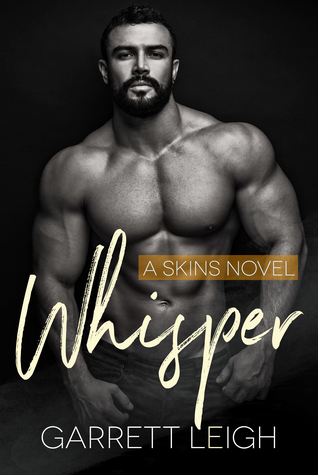 Lonely physiotherapist Harry Foster has the world at his feet. A full client list, a six figure Instagram following, and a publishing deal for a book he doesn’t have time to write until his agent offers him a break—a retreat to the wild south west coast.
Cornish horseman Joe Carter is lonely too. Rescuing horses and managing Whisper Farm takes up most of his days, and by night he plays chicken with the farm’s perilous bank accounts.
At his sister’s unwelcome suggestion, he rents his only bedroom to a bloke from the city, and when Harry arrives, he’s everything Joe isn’t—calm, patient, and gorgeous enough to be exactly the kind of distraction Joe doesn’t need.
Harry doesn’t have time for distractions either—even shirtless farmers riding bareback past his bedroom window—but his moody host proves impossible to ignore.
On paper, they have nothing in common, but Joe is beautiful…glorious, and when an accident puts his life in Harry’s healing hands, the whisper of true love is inevitable. If the trouble that put the farm on its knees in the first place doesn’t get in the way.

Garrett Leigh is an award-winning British writer and book designer, currently working for Dreamspinner Press, Loose Id, Riptide Publishing, and Fox Love Press.
Garrett’s debut novel, Slide, won Best Bisexual Debut at the 2014 Rainbow Book Awards, and her polyamorous novel, Misfits was a finalist in the 2016 LAMBDA awards.
When not writing, Garrett can generally be found procrastinating on Twitter, cooking up a storm, or sitting on her behind doing as little as possible, all the while shouting at her menagerie of children and animals and attempting to tame her unruly and wonderful FOX.
Garrett is also an award winning cover artist, taking the silver medal at the Benjamin Franklin Book Awards in 2016. She designs for various publishing houses and independent authors at blackjazzdesign.com, and co-owns the specialist stock site moonstockphotography.com with photographer Dan Burgess.