ONLY BOUNDLESS LOVE CAN SILENCE THE WHISPERS OF THE PAST . . .

A broken woman. A damaged man. A free spirit intent on saving them both.
Elysia ‘Sia’ Willis lives a solitary life. The only person in it is her big brother, Ky, vice-president of the infamous Hades Hangmen. She loves him, but she has absolutely no love for the outlaw MC he belongs to.
Raised in secret by her mother, Sia grew up separated from her brother and distant father. No one knew she even existed.
After the tragic murder of her mother, Sia spiraled into a rebellion against the rules of the Hangmen. A rebellion with dire consequences that now, years later, she still can’t escape.
As she lives once again in secret, happy on her own at her secluded ranch, a devil from her past comes calling. A devil who wants to possess her once again and take her from the simple life she never wants to lose.
And he will stop at nothing to collect what he believes is his: her.
Valan ‘Hush’ Durand and Aubin ‘Cowboy’ Breaux have finally found a home in the mother chapter of the Hangmen. The notoriously private Cajun twosome have, for now, put aside what chased them from their beloved Louisiana. But as threats toward the club build, Hush and Cowboy are given a task—protect Elysia Willis at all costs. Cowboy welcomes the job of watching over the blond-haired, blue-eyed beauty.
Hush fights against it.
Scarred by events from his past and a secret that plagues his everyday life, Hush refuses to let anyone else get close. Only Cowboy knows the real him. Until a certain sister of the club’s VP begins to slowly knock down his defenses, shattering the heavily built walls that guard his damaged soul . . . with his best friend leading the charge.
As lost and open hearts begin to meld, taking each other from indescribable pain to the never-before felt relief of peace, the newly-mended threesome must first endure one more rocky path.
Only then will they finally shake free of the shackles of their pasts.
Only then will they shed the bonds that have for too long held their happiness captive.
And there is only one way to survive that path . . . together.
—Dark Contemporary MFM Romance. Contains scenes of violence and explicit sexual situations. Over 18’s only.—

I have been curious about Cowboy and Hush, my favorite cajun twosome, ever since I first met them. And I have been a bit in love with them just as long. 😉 …I expected their story to be great but I got so much more than I expected…Gah…this book destroyed me…in the best of ways of course! It was absolutely awesome!

Now, Tillie has asked for spoiler-free reviews, so I am gonna be a bit vague and avoid any major spoilers. I’m sorry (not really) but I agree that reading them without any big spoilers is much more enjoyable. 😉 No worries… I won’t leave you completely hanging though…

Cowboy and Hush have been best friends for a very very long time. With the Hades Hangmen, they finally found a place where they feel at home…They’re really close and they are known for doing everything together. Lot’s of speculations about the two of them going around at the club. 😛

What they also have in common, is the fact that both of them have caught the eye of Sia “Elysia Willis”. 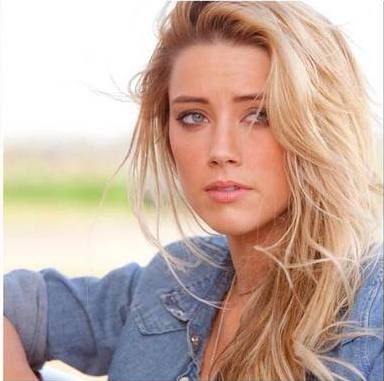 Those of you who have read each and every single book, like I have, know that Sia is Ky’s sister. Sia has a dark past of her own…one that keeps her safely tucked away on her little ranch. She doesn’t come out to the club very often and when her past comes back with a vengeance, she chooses Cowboy and Hush to come home with her, and protect her…

Cowboy is his excited self, and can’t wait to go home with the beauty, that has been on his mind for some time now…Hush feels a bit different though…He is dealing with a very heavy past and lots of secrets. He might want Sia…but that doesn’t mean he is right for her…

Oh, how true these lines are, and oh how Cowboy made me proud trying to be the savior of two broken souls… He was definitely the best that could have happened to both of them.

While at the ranch, these three become closer and closer. It doesn’t take Sia that long, to realize she has fallen in love with both men…and for them to return her feelings…

But Hush never quite opens up, and when the past finally comes knocking at their door….all bets are off and they will have to fight for more than just their love for each other!!

I cried so much during this book…it broke me. I want to thank Tillie for at least making sure I was put back together again before the end… 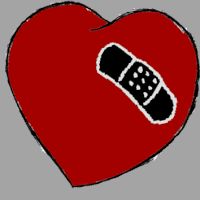 I also want to thank her for Ky 😉 He has always been my favorite and he never fails to make me laugh, which I very much appreciated in this case. 😛

“It’s the thought of those fuckers double teaming you that makes me see red……. All I see in my head whenever you three are mentioned is a conga line of pussy, cocks, and assholes. It’s fucking with my head!”

I highly recommend this series… 💗

To anyone who doesn’t mind their romance coming with a bit of darkness. 😉