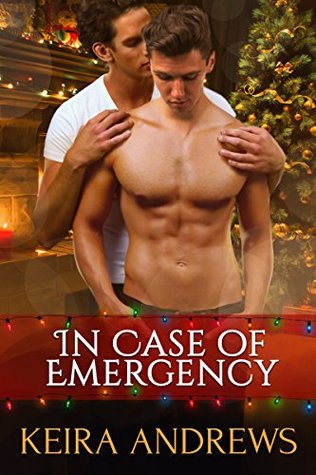 Former stepbrothers find Christmas romance under the tree.
After years alone, Daniel Diaz is finally ready to shake up his orderly, solitary life. He’s about to leave for a cozy Christmas getaway with his new man when he gets the call from the ER that his former stepbrother has been admitted with a concussion and a broken hand—and Cole put him down as his emergency contact. Why the hell would he do that? Daniel barely knows the guy. After all, their parents’ marriage lasted less than a year and it was a decade ago!
But Cole has no one else to look after him and strict doctor’s orders not to be left alone. So fine, Daniel will bring him along on vacation to make sure he doesn’t starve or fall into a coma. This is supposed to be Daniel’s chance to explore romance again after locking down his feelings for too long—except it turns out his could-be boyfriend is more interested in partying and being an obnoxious jerk. Daniel sends him packing, and now he’s stuck with a virtual stranger in an isolated mountain cabin.
Cole Smith crushed hard on cranky Daniel when they were teenagers. Alone with him in a romantic winter wonderland, those feelings roar back to life. Glimpsing the caring, vulnerable man under Daniel’s frosty shell, he yearns to get closer. Christmas is a time for surprises, and Daniel and Cole discover a scorching connection that just might melt their hearts.
This fluffy gay Christmas romance from Keira Andrews features former stepbrothers reconnecting as adults, sexy hot-tub shenanigans, cuddling by the fire, and of course a happy ending.

Daniel is looking forward to letting go a little.A workaholic, he’s rented a chalet for a week and is hoping to see how things progress with a guy from work, Justin…could he be boyfriend material??

His plans come to an abrupt halt when he gets a call from the Emergency Room saying someone has put him down as their emergency contact.Turns out it’s his stepbrother, Cole. He hasn’t had any contact with Cole in ten years.At that time Daniel was 18 and Cole was 13 and Daniel didn’t have a lot of time for Cole… 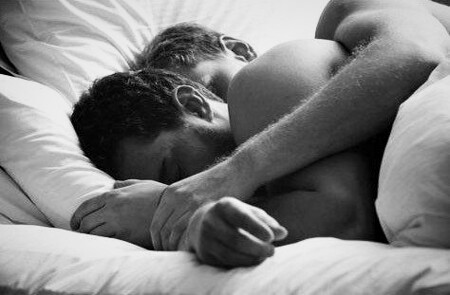 As Cole needs someone to take care of him, Daniel hasn’t got much choice but to take Cole with him to the chalet.He’s fully expecting Justin to be waiting for him there…and he is…but with a group of friends in tow as well.

This started off pretty well, as usual with this Author, the writing is engaging but it just became a bit too predictable for me.Justin turned out to be a complete asshole and the more I read about him the worse he became.I started to get really irritated by him and his ‘friends’.
Once Justin and his entourage left things developed pretty quickly between Daniel and Cole.The sexy times were hot but I wasn’t completely feeling their connection.

Overall, an enjoyable enough Christmas story and the Epilogue was cute.