Check out this fantastic new release, read Wendy’s Review
and grab your copy today!
You don’t want to miss this book! 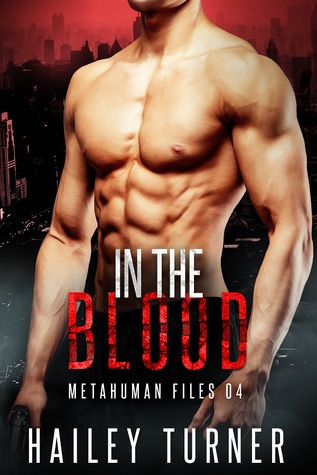 Running out of time.
Captain Jamie Callahan is frustrated with his team constantly being at the mercy of the enemy in order to further the MDF’s goals. To make matters worse, his father’s political campaign is ramping up and Jamie’s every move is being watched by the media. He is acutely aware of all the eyes trained on him, his team, and Staff Sergeant Kyle Brannigan in particular. Meanwhile, Kyle would give anything to stay in the shadows, but he refuses to leave Jamie’s side, no matter the scrutiny. Staying out of the spotlight becomes impossible when their families are threatened and vital choices about their future together can no longer be ignored.
Desperate measures.
Staff Sergeant Alexei Dvorkin and Agent Sean Delaney are enjoying their time together as a couple when Sean’s past catches up with him. As Alpha Team’s long-running mission gets derailed in the worst way possible, Alexei discovers the enemy is playing for keeps, and neither he nor Sean are in any position to beat the odds and win the game. As for Sean, he’s worried that even if they make it out alive, Alexei may never forgive him for giving into the enemy’s demands.
Stand your ground.
Manipulation is the name of the game, but Jamie is done playing by everybody else’s rules. So is the rest of Alpha Team, because if there’s one thing Jamie’s team knows? It’s that they’re a family—and you don’t mess with family unless you want to get hurt.
In the Blood is a 107k word steamy gay sci-fi military romance with a HFN ending that skirts HEA. There is military violence and on-page torture within the story that may not be suitable for everyone, so please read with caution. There are also explicit intimate scenes that are not suitable for readers under the age of 18. This is a direct sequel to In the Shadows and reading the previous books in the series would be helpful in enjoying this one.

I absolutely love this series… ❤

Which is pretty surprising since I’ve never been a big fan of Sci-Fi books before. But…Hailey made hell freeze over, and now I am hooked. 😛 I was a bit worried about this 4th installment though. I am mostly blaming Hailey for this because she kept freaking me out with little bits of info…also the title is a bit worrisome. 😉

Before I go any further with this review, you should know that this book can not be read as a standalone. This is a series and it should be read in order, starting with the awesome first book, “In The Wreckage”. …For those of you who have been waiting for this book…

Get ready and fasten your seatbelts, because it’s gonna be a bumpy ride. 😀

Now, even though I was a bit nervous going into this one (because Hailey is evil), I was also very, very excited, because I actually love angst and suspense. There was a time in my life when all I read were thrillers. So torture and blood and angst don’t scare me off… That’s not to say I wasn’t biting my nails off. 😛

This book is about both couples, we got to know in the previous books. Jamie and Kyle and my two favorite men…Alexei and Sean ❤. Of course, the rest of the team is also there…no worries. 😉 I think Hailey did a great job balancing the suspense and romance in this one. It was perfect for me…I don’t want to go into the plot too much and spoiled everything, you should all go see for yourself.

What I don’t mind spoiling is how hot these 4 men are. These two couples really know how to get me all HOT and Bothered!!! They both have their delicious kinks. 😛

Like the previous books, this one also has an open ending, which is awesome because this means more books in the future!! I highly recommend this series to everyone that loves suspense, romance, sci-fi, and action.

Catch up on the first three books in Hailey’s Metahuman Files series if you haven’t already. You can purchase In the Wreckage, In the Ruins, and In the Shadows at Amazon or borrow through Kindle Unlimited.

In the Wreckage | In the Ruins | In the Shadows

Hailey Turner is big city girl who spoils her cats rotten and has a demanding day job that she loves, but not as much as she loves writing. Hailey loves stories with lots of action, gritty relationships, and an eventual HEA that satisfies the heart…You can keep up with Hailey’s future projects by joining her → mailing list