Check out this fantastic new release, read the Excerpt
and grab your copy today!
Don’t forget to enter the giveaway! 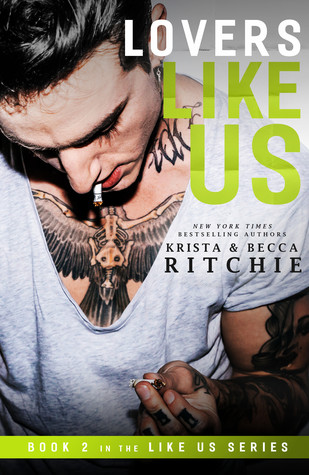 Twenty-seven-year-old Farrow Keene lives by his actions, and his actions say he’s the best at whatever he does. As a 24/7 bodyguard and the new boyfriend to Maximoff Hale, protecting the headstrong, alpha billionaire has never been more complicated. And one rule can’t be bent:
Keep your relationship secret from the public.
Farrow is confident he’s the best man for the job. But a twist in Maximoff’s fast-paced life sticks them with the rest of Security Force Omega and their clients.
On the road.
In a sleeper tour bus.
For four rocky months.
Sexual frustrations, check. Road trip drama, check. Awkward bonding, check.
But Farrow couldn’t have accounted for a high-risk threat (identity: unknown) that targets Maximoff before the ignition even turns. And it hits Farrow — someone has it out for the guy he loves.
Every day, Maximoff & Farrow’s feelings grow stronger, and together, they’ll either sink or swim.
The Like Us series is a true series, one continuous timeline, that follows a family of wealthy celebrities and the people that protect them. You must read Damaged Like Us, Book 1, before reading Lovers Like Us. 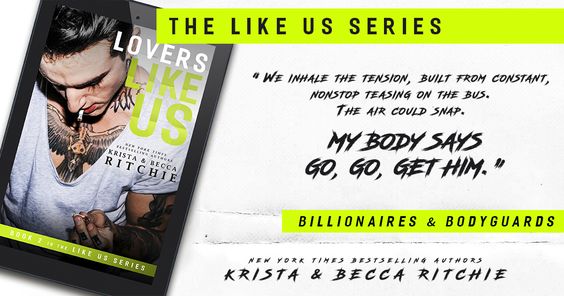 Proactively waiting isn’t my thing. I can admit that. So when Farrow unwraps a piece of gum and tugs open the fridge, I ask him, “Need help?”

He chews his gum slowly and glances at me in a way that reminds me he’s twenty-seven. I’m twenty-two, and he’s more than capable to do shit himself.

Farrow starts to smile. “It’s cute that you think I need help getting eggs.” He grabs a carton and kicks the fridge closed.

“You could’ve dropped the fucking eggs.” I’m fighting a stupid battle. And I grimace-smile which makes me want to poke my own eyes out.

Farrow pops his gum. “You mean you would’ve dropped the eggs.”

“Did I? Pretty sure I meant you could’ve.”

Farrow sets the carton by the sink. “I have steadier hands than you.” He leans close and whispers huskily, “You’re not beating me at this.”

I shake my head on instinct. When it comes to Farrow, boyfriend or not, I don’t want to concede that fast. “It’s not proven yet.”

He rolls his eyes into a smile. “Hold out your hand.”

I extend my hand, palm-down. Wondering how he can discern any shake just by sight.

Farrow rotates my wrist. “Like this.” And then he smashes an egg right in my palm.

“Anytime.” He laughs, and I act quickly and wipe the runny egg onto his black V-neck, feeling the ridges of his six-pack beneath.

Farrow props his elbows on the sink and actually lets me use his shirt as a towel, even while he’s wearing the thing. Christ.

He’s a Grade A sexy asshole. 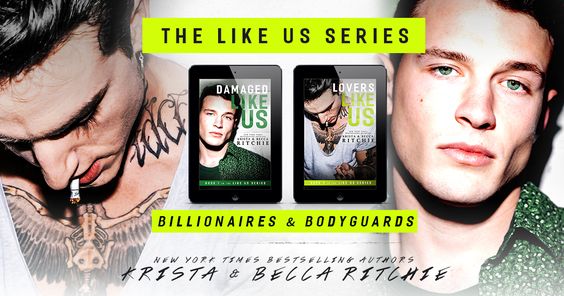 Don’t date your bodyguard.
It was the one rule he had to break.

Maximoff Hale is a force of nature. A ship unwilling to be steered. Headstrong, resilient, and wholly responsible — the twenty-two-year-old alpha billionaire can handle his unconventional life. By noon, lunch can turn into a mob of screaming fans. By two, his face is all over the internet.
Born into one of the most famous families in the country, his celebrity status began at birth.
He is certified American royalty.
When he’s assigned a new 24/7 bodyguard, he comes face-to-face with the worst case scenario: being attached to the tattooed, MMA-trained, Yale graduate who’s known for “going rogue” in the security team — and who fills 1/3 of Maximoff’s sexual fantasies.
Twenty-seven-year-old Farrow Keene has one job: protect Maximoff Hale. Flirting, dating, and hot sex falls far, far out of the boundary of his bodyguard duties and into “termination” territory. But when feelings surface, protecting the sexy-as-sin, stubborn celebrity becomes increasingly complicated.
Together, boundaries blur, and being exposed could mean catastrophic consequences for both.
The Like Us series is a true series, one continuous timeline, that follows a family of wealthy celebrities and the people that protect them. Damaged Like Us can be read and enjoyed without reading any of Krista & Becca’s other novels. 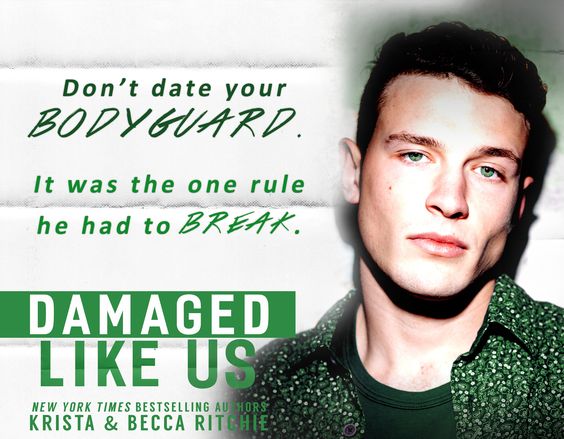 Krista & Becca Ritchie are New York Times and USA Today bestselling authors and identical twins—one a science nerd, the other a comic book geek—but with their shared passion for writing, they combined their mental powers as kids and have never stopped telling stories. Now in their early twenties, they write about other twenty-somethings navigating through life, college, and romance. They love superheroes, flawed characters, and soul mate love.

They are the New Adult authors of the Addicted series and Calloway Sisters spin-off series, and you can find them on almost every social media, frolicking around like wannabe unicorns.

$50 Amazon Gift Card, Signed Paperback of Damaged Like Us 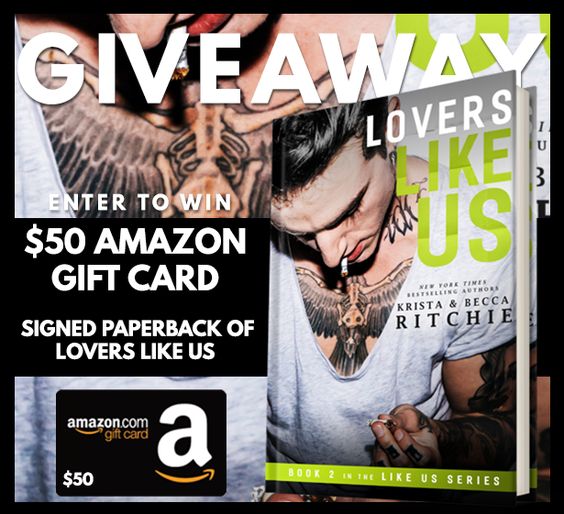