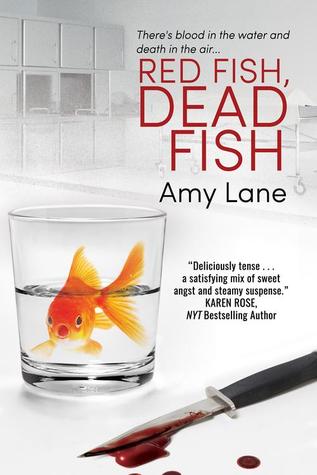 They must work together to stop a psychopath—and save each other.
Two months ago Jackson Rivers got shot while trying to save Ellery Cramer’s life. Not only is Jackson still suffering from his wounds, the triggerman remains at large—and the body count is mounting.
Jackson and Ellery have been trying to track down Tim Owens since Jackson got out of the hospital, but Owens’s time as a member of the department makes the DA reluctant to turn over any stones. When Owens starts going after people Jackson knows, Ellery’s instincts hit red alert. Hurt in a scuffle with drug-dealing squatters and trying damned hard not to grieve for a childhood spent in hell, Jackson is weak and vulnerable when Owens strikes.
Jackson gets away, but the fallout from the encounter might kill him. It’s not doing Ellery any favors either. When a police detective is abducted—and Jackson and Ellery hold the key to finding her—Ellery finds out exactly what he’s made of. He’s not the corporate shark who believes in winning at all costs; he’s the frightened lover trying to keep the man he cares for from self-destructing in his own valor.

After I finished “Fish Out of Water”, I had to jump right into this one. Just to be clear, these books can not be read as a standalone. 😉

I really loved book 1. I fell in love with Jackson and Ellery, and the suspense had me on the edge of my seat. This one though, blew book one, out of the park for me!

This is a romantic suspense, so be sure you like mystery/suspense, before starting this series, because it plays a very big part of the story.

Jackson and Ellery are still together and Jackson still feels the urge to run every 5 minutes. Jackson (and his cat) is living with Ellery, still trying to heal from everything that went on in book 1. They are not “really” living together because actually “living together” would make Jackson break in to even more sweats. 😛

That’s not how Ellery sees it though…Damn but I love Ellery!…Jackson’s friend may have been cleared in the first book, but now they have to deal with the fact that there is still a psycho killer on the loose. One that seems extremely interested in Jackson and making him pay.

This book still has a lot of focus on the mystery/suspense, but it also delves a bit deeper into Jackson and Ellery’s feelings.

My heart really broke for these two at times…Jackson has a hard time letting go, and much of this has to do with his past, but Ellery is a hardass all on his own, and I admired him for never once giving up on Jackson. Thankfully his persistence is rewarded and the sexy time this resulted in was delicious.

There is plenty of action, blood, and gore. I spend a lot of time on the edge of my seat again. I was also quite happy that Ellery’s mom “Lucy Satan” came over for a visit again. She really is my kind of woman!…I am very curious where this author will take us next.

Highly recommended, for those who love mystery/suspense, with some romance going on. ❤