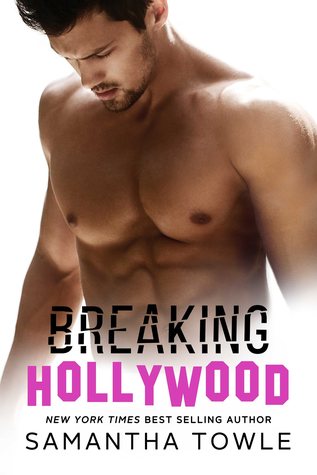 It wasn’t supposed to be like this. I wasn’t supposed to be boyfriendless, homeless, and jobless at twenty-eight. And I most definitely wasn’t supposed to hit Hollywood’s resident bad boy Gabriel Evans with my car and break his foot.
Now, my guilt and homelessness have me living in his apartment, taking care of him, while he’s incapacitated.
Living with the hottest guy in Hollywood, who I’ve had a crush on forever, doesn’t sound like a chore, right?
Wrong.
Gabriel Evans is a crude, rude asshole who drinks way too much and smokes like a chimney.
The sooner I get a new place to live and when Gabriel’s foot is healed, I’m out of here.
So, why do I keep forgetting to check the classifieds? And why do I keep getting flustered when I see him shirtless?
Breaking Hollywood wasn’t part of the plan. But neither is falling in love with him.
Loved Breaking Hollywood? Check out Samantha’s sexy, laugh-out-loud romance, Wardrobe Malfunction, out now! 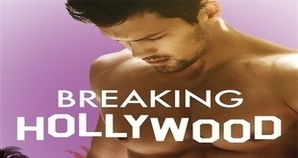 I have read several books by this author and I really enjoyed them, especially the “The Storm” series.

So when I read the blurb for this new book, I knew I had to read it. I am so glad I did because this story was very entertaining. It was funny, sweet and very sexy. Just what I needed at the moment.

Apparently, there is a book before this one, that I missed “Wardrobe Malfunction”. Both of the MC’s are introduced in that story.  If you haven’t read it, no worries because this book can be read as a standalone. I have no idea how I missed it myself, but I will go back to read it…that’s for sure. 😉

Ava is having a day from hell. Her boyfriend has recently dumped her, she has just lost her job and got an eviction notice from her apartment, because of her pet (an awesome pygmy goat). To top it all off, she runs over the over the foot of Hollywood’s famous bad boy Gabe Evans.

These two had some awesome banter going on and especially the scene after she runs over his foot had me in stitches!!

She is mortified that she runs over the foot of her celebrity crush, but that doesn’t mean she will just take anything he says to him, without a comeback of her own.

When it becomes clear that Gabe’s foot is broken in two places and has to be booted for six weeks, Ava offers her help in taking care of him…since that’s the least she could do. But how long will both of them be able to hold back on their lust for each other? Not long let me tell you!! When they gave in…my Ipad almost caught on fire!! Gabe is quite the dirty talker. 😛

Neither of them expected that one incident would change their lives forever.

Like I said, this book was light, funny and sweet. There is some drama/issue towards the end but it doesn’t last long. For me this was a real “feel good” kinda book and it definitely got the job done …because I finished it with a smile on my face.

Because I finished it with a smile on my face.