Check out this fantastic new release, read the Excerpt,
and grab your copy today!
Don’t forget to enter the Giveaway! 😀 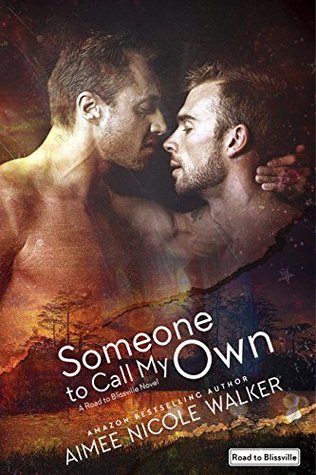 Psychic Emory Jackson and former black ops specialist Jonathon Silver are men from two completely different worlds with one thing in common: heartbreak. Emory still mourns the loss of his husband five years prior, and Jon is reeling with grief from the recent death of his twin brother.
Sparks fly when mutual friends introduce them, but it’s so much more than basic attraction. There’s an undeniable awareness and a sense of belonging that neither man can deny. Despite Emory’s premonition of a future with Jon, he has vowed never to love again. Jon is convinced that his tainted soul is the reason he will never have someone to call his own. What if they’re both wrong?
Maybe these broken men with their jagged edges could somehow align perfectly to form something whole and beautiful. But will that realization come too late for them?

Someone to Call My Own is the second book in the Road to Blissville series. These books can be read as standalone or as part of the series. The author first introduced these characters in the Curl Up and Dye Mysteries, but it isn’t necessary to read that series first. This book contains sexually explicit material and is intended for adults 18 and older. 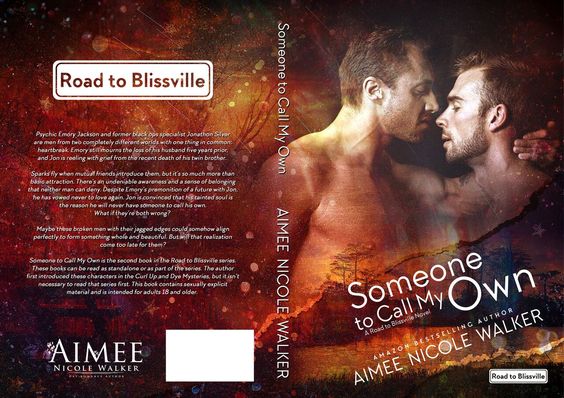 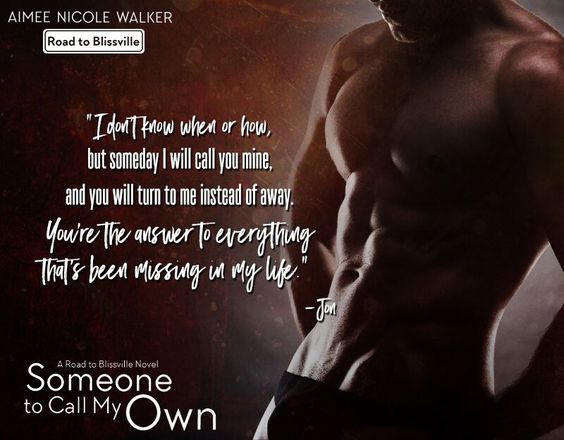 Excerpt-Someone to Call My Own
***

I looked around the crowd hoping to see a welcoming face. All I saw was curiosity from the guests who hadn’t met me on prior occasions and surprise from the ones who had. Then my gaze locked on a pair of particularly green eyes that looked irate that I had showed up. My first thought was, why the hell does Emory look so angry? Unfortunately, I blurted out my next thought. “What the hell did you do to your beautiful hair?” And what was with the designer beard he’d grown? No wonder I didn’t recognize him until his eyes met mine. I wanted the old Emory back. I needed—not wanted—to run my fingers through his hair, tangle my fists in it while he sucked my dick.

Emory narrowed his eyes, sat straighter in his chair, and lifted his chin proudly. “Josh cut it for me.” He ran his hand over the shorn locks and smiled smugly. Well, he’ll just have to grow it back out.

I pinned the hair stylist with my meanest look. How dare he? Was he getting back at me for flirting with Gabe? Don’t be ridiculous, dumbass.

Josh didn’t look one bit intimidated by me. “Hey, I do what my clients ask. Emory wanted the Bieber special, and that’s what he got,” he announced. I had no idea what the fuck a Bieber special was, but I didn’t like it.

“Not that it’s your business,” Emory said icily.

I made a beeline for Emory, ignoring his standoffish tone and demeanor. I sat in the vacant seat beside the man and kept staring at him until he couldn’t ignore me any longer. “What?”

“It makes your eyes look even bigger and greener,” I told him.

“I don’t have to sit here and listen to this,” Emory replied as if I’d just insulted him. He jumped to his feet and practically stomped across the yard in the direction of his house. Although I couldn’t say why I did it, I jumped up and followed him.

“What’s your problem?” I demanded to know. I had never done anything to him to deserve such blatant animosity from him. Sure, my question about his hair was rude, but then I followed it up with a nice compliment. Emory didn’t reply; he walked faster, and so did I.

He turned around when we reached the steps at his back door. “Leave me alone, Jonathon,” Emory whispered in a voice thickened by tears.

I wanted to walk away from him and just forget I had ever met him, but I knew that wasn’t going to happen. “I don’t think I can, Emory.” 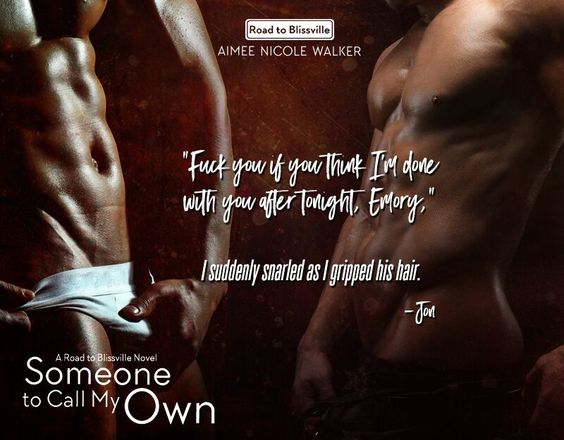 I am a wife and mother to three kids, three dogs, and a cat. When I’m not dreaming up stories, I like to lose myself in a good book, cook or bake. I’m a girly tomboy who paints her fingernails while watching sports and yelling at the referees. I will always choose the book over the movie. I believe in happily-ever-after. Love inspires everything that I do. Music keeps me sane.

E-copy of Someone to Call My Own (2winners)