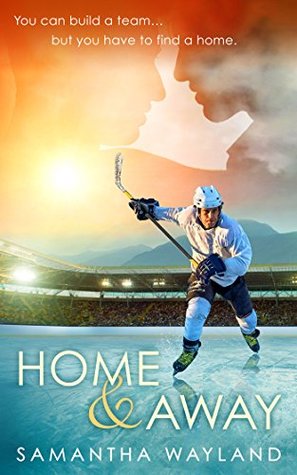 You can build a team, but you have to find your home.

Rupert Smythe is fond of many things. Callum Morrison isn’t one of them.
Rupert is a quiet, thoughtful business man and, sadly, a total wimp. Maybe not the ideal candidate to run a professional hockey team, but he signed on to do it anyway. As his life has reminded him on an almost daily basis since, this isn’t the most brilliant idea he’s ever had. And that was before Callum showed up.
Being in the spotlight is just part of being a professional athlete, but Callum needs a break. He arrives in Moncton unannounced, determined to help grow the team he just bought, and under the assumption he’d be welcome. Possibly he should have tried to make a better first impression.
Callum figures he can push through the rest of the summer, never expecting two kids, a host of friends, and his growing feelings for Rupert to derail everything he has ever believed about what he wanted, and what he could have.

This book has been on my TBR list for a long time.

Since I am sure a huge hockey fan, I don’t really know why it took me so long to read this one…other than the fact that I am an idiot.

This is an enemies to lovers story with a broody hockey player and a hot nerd in the mix…how could I have been so stupid!! It was awesome!!

Anyways…I am glad I fixed my mistake…better late than never, right!? 😀

Rupert is a prim and proper English man. He is a former figure skater and an Earl to boot. Right now though he is the manager of the  Canadian “Ice Cats” hockey team. This isn’t the easiest of jobs for him since his past has made him pretty fearful of big scary dudes…and we all know how big and scary those hockey players can get.

So when Callum, a famous hockey player and partial owner of The Ice Cats, steps up to help manage the team…

These two really don’t get off on the right foot, but we all know, that what you see is not always how things really are.So imagine Rupert’s surprise, when he gets a phone call about his missing 4 year old brother, and Callum is the first to step up and help him.

Rupert is out and proud, but Callum, he has been hiding in the closet his whole life. He thinks coming out would ruin his hockey career, he doesn’t want to take any chances, so he has been living a very lonely life. Being around Rupert and feeling the attraction towards him, makes him wish for more….

These two can’t fight their attraction for very long and when they gave in, it was so HOT but also so very sweet. Callum has never really been in such an intimate relationship and watching him give himself over to Ruper was all kinds of awesome. 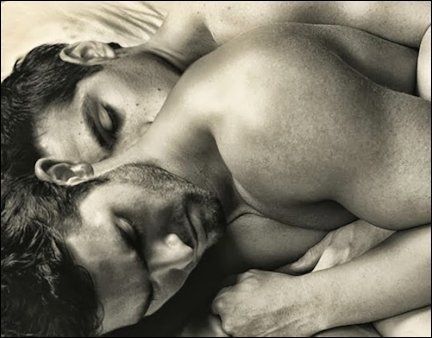 Rupert was very understanding about the situation Callum was in. Not once did he demand Callum come out for him, or chose him over his career. He never pushed and he never judged. I admired him for that. He wasn’t a doormat, he was just a very understanding and caring man.

Now if you don’t like to read about kids in your book, you should skip this one, because kids play a big role in this story. There is Rupert’s brother Oliver, but there is also the 12 year old Christian they pull into their fold. I myself loved it, these kids were amazing and the way those two men tried their best to take care of them made my heart melt.

I also loved the part that Alexei and Mike  Crashing the Net played in this one. I remember liking their book but not being really impressed. They sure impressed me in this one though and I will definitely read Checking it Twice next.

Well, when I started this book I got a bit confused about all the characters and what role they played. It felt like stepping into a story that was already halfway through.

It got better after the first few chapters and now I also know why it was confusing to me. Seems like all those characters were introduced in The Hat Trick series, which I had not read. So for those of you who haven’t read this one yet, I advise reading “Crashing the Net” and “The Hat Trick” series before starting this one, if you want to know exactly what’s going on.

Besides the confusing beginning, I really enjoyed this one and I really hope that there will be a book about Jack. I didn’t see it yet, so I can only hope…and plead and beg, that the author will write his story eventually…I will leave this review with my favorite quote in this book … which also happens to be my favorite saying…

“Courage isn’t about not being afraid. It’s about being scared witless and doing it anyway.”