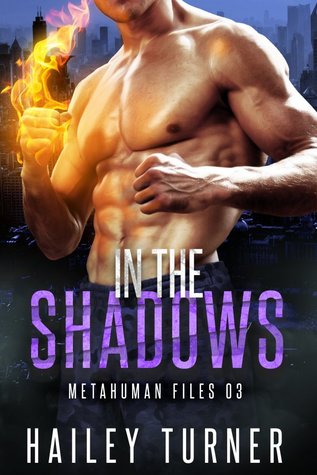 What happens when two stubborn hotheads collide?😜…Sparks will fly…

Okay…in Sean’s and Alexei’s case it is more like a blaze, but I did not expect anything less after they encountered each other in the last book and I could not get my grabby hands fast enough on their story.

Months have passed since ex-CIA Agent Sean Delaney -now working for the intelligence division of the Metahuman Defense Force– was assigned to Alpha Team for a mission and although this was a one-off so far, he and Alexei Dvorkin of all people formed a tentative friendship based on mutual respect and trust.

Everything beyond a friendship would be a bad idea, right?😉 A very bad idea.

For a variety of reasons…Well, that is was both men persuaded themselves, since for one, Alexei doesn’t do spies due to his past and Sean, on the other hand, is a shadow. A man who can slip into any role, pretending to be someone he wasn’t and this dangerous life lead him to stay on his own, to cut off most of his ties and rather be lonely than risk the life of someone he is close to.