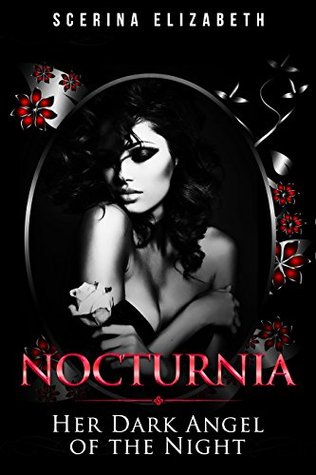 Scerina Johnson’s world is flipped upside down when a mysterious man enters her life. At first he haunts her in her dreams only to find out he is indeed real and not only that, her guardian angel sent to watch over her and protect her.
But soon these two find themselves head over heels before they even realize what is actually going on as their love for one another grows all the more stronger and deeper with each passing moment. She wonders where has he been all her life since he has been watching over from the moment that she was born. A man like this is a “Once In A Lifetime Kind Of Man” who happens to be a fallen angel who is a Vampire Prince from another world.
But things are not so easy for them as his evil twin brother has evil plans for her and anyone who is close and dear to her. Their love is forbidden but they are destined to be together to save mankind as well as protect mankind.

I’ve read in the past books with vampires and I’m a big fan of them.

But…I think I’m old fashion way when it comes to vampires. The story of this book looks a lot like the Vampire Diaries tv series, but in some ways, it doesn’t.The story is about two vampire brothers, twins actually, who both want the same mortal girl. One of them is the evil one and one of them is the good one. I fell for the bad guy, obviously. 😛 Scerina is our mortal girl.

She has some hot wet dreams with an angel, but the dream actually becomes true and a little more than that. So her whole world is turned upside down.

Cross is the good twin brother.

He wants to save and protect Scerina even with the cost of his own life. He is her guarding angel and he loves her more than his soul. So he is doing everything to protect her, and the humanity.

Kain is the bad evil twin.

He wants Scerina for himself, he hates his twin brother Cross, and he is doing everything to make Scerina his. He is a manipulating bastard how doesn’t care about anyone and has an evil plan to destroy the humans.

The idea of the story is good, I like it, I don’t like the paranormal stuff but it was ok.
The hot scenes were really HOT and good. But what I didn’t like was the ‘insta love’ thing. I like insta love, but this was too fast. The relationship between Scerina and Cross went way too fast.  Also what I didn’t like was the way they spoke. It was way too formal and…royal. “my love, my beauty, my gorgeous”, it seemed way too stilted, exaggerative, theatrical.

Kain remains a big mystery to me, can’t wait to see what is up to and how is he going to win Scerina and make her fall in love with him.