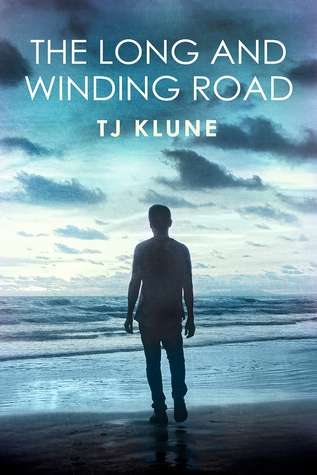 And here, at the end, Bear and Otter will be tested like they’ve never been before.

There’s a knock at the door from a little girl who has nowhere else to go.
There’s a phone ringing, bringing news they do not expect.
There’s a brother returning home after learning how to stand on his own.
As these moments converge, all of their lives will change forever.

Beginning in Bear, Otter, and the Kid, and continuing in Who We Are and The Art of Breathing, TJ Klune has told a saga of family and brotherhood, of love and sacrifice. In this final chapter, the events of the past pave the long and winding road toward a future no one could have imagined.

I was so very happy when I got my hands on this book….yet also so very sad.

I know that all great things usually come to an end…doesn’t mean I have to be happy about it though. 😛

Now I have promised some of my dear GR friends to keep this review as spoiler free as possible, so that’s what I am gonna try to do. I know plenty of people want to read this awesome book and I don’t want to ruin things for them. 😉

This book is told from Bear’s pov and it’s divided into three parts.

The past, the present, and future. Now don’t worry about the past parts, it’s not like a re-read of the other books. It actually explains things that happened in “The art of Breathing”, from Bear’s pov. There are so many things we didn’t weren’t aware of. It was very enlighting, to be honest, and for me, it also put Ty’s book in a very different perspective.

Now as most already know, even though this book is told from Bear’s pov, it isn’t  just his book. It’s a book about love and family and friends and those friends were all very present. Damn but I love Creed, he always knows how to lighten things up and he may not be the most responsible father…

But he damn sure is the coolest and funniest. 😛

Now as far as emotions go, I did shed some tears. But they were mostly happy ones. I can honestly say that TJ has made this goodbye perfect and kept the angst on the down low. That’s not to say it wasn’t emotional at times…

I also laughed a lot !! I mean this is Bear we are talking about and I can happily say that he has multiple awesome “Bear moments“!!

So even though I am very sad that series has come to an end…I am happy with how it ended.

TJ gave me the closure I needed and for this, I am very thankful. I am not saying goodbye though… There will be plenty of re-reads in my future, where I get to spend time with these awesome characters…again and again. 😀