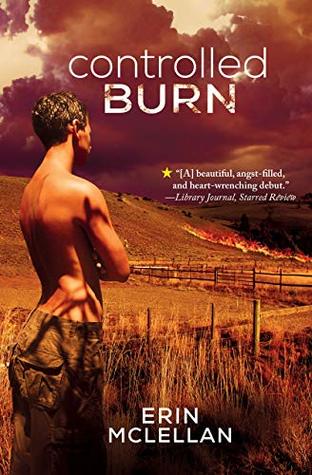 At eighteen, Joel Smith’s life fell to pieces. His boyfriend died in a car crash while reading a sext from him, the local newspaper outed them both in the aftermath, and his parents got a divorce. Joel did everything possible to outrun his past: he moved to Oklahoma for college, legally changed his name, and started over.
Since then, he hasn’t let anyone get close—not his classmates, not his roommate, and definitely not his hookups. The strategy has served him well for over three years. Why would he change it now?
But Joel doesn’t plan on the articles about his boyfriend’s death being used as a case study in one of his classes. And he doesn’t plan on Paulie McPherson, who is sweet and giving and fun. In Paulie, he finds a home for the first time in years.
But love isn’t simple, and lies have a tendency to get in the way. Joel must figure out if he’ll allow his grief to rule him, or if his connection with Paulie is worth letting all of his walls come tumbling down.

Well…this book was definitely more angsty and emotional than I expected. This is a book about loss, but also about love…

Joel (21) has been grieving the death of his boyfriend for 3 years now. He doesn’t let anyone close anymore and only has casual hookups. He hasn’t really been living…more like surviving I would say.

This is when he meets Paulie…who is quite the opposite. END_OF_DOCUMENT_TOKEN_TO_BE_REPLACED