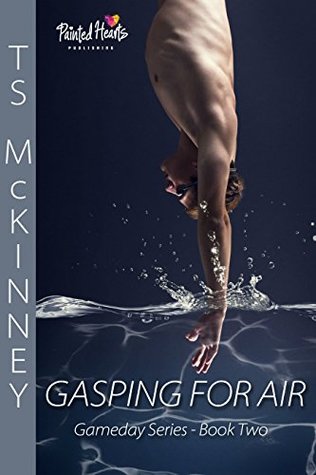 How far will Trystan go to win the heart of the man he loves? All the way.

Trystan Matherly is conceited, arrogant, and rich. He has plenty of money, athletic ability, and gorgeous looks to keep the men forming a long line just to be with him. Choosing his next lover has been as simple as down-selecting to the hottest candidate.
Until Dakota.

With his sad eyes, full lips, and perfectly sculpted swimmer’s body, Dakota is just the kind of lover Trystan wants. After only one look, he knows he has to have him. Too bad Dakota seems to be totally oblivious to all his charms.
Dakota Jacobson is lonely, tired, and depressed. He’s at Alabama Temple to complete his degree, not to put up with idiots. He works diligently to be as invisible as possible. He doesn’t need friends and he sure doesn’t need lovers…especially not football titans that think they rule the world. Nope; been there, done that.
Until Trystan.

With his sexy eyes, arrogant smirk, and muscled physique, Trystan is just the kind of lover Dakota never intends to have…again. Too bad Trystan refuses to allow him to be invisible.

First I want to thank Elsbeth for bringing my attention to this book…thanks, sweetie!!

It has been some time since I’ve read the first book in this series and I loved it…I didn’t expect I would love this one even more, but I did. I loved every single page, which is saying a lot because this book is freaking long. 😛

One of the reasons I loved this one so hard, was Trystan. I really liked him in the first book, but he was amazing in this one.Now don’t get me wrong…Dakota was pretty awesome as well.

Now before I go into the story, I do want to say that this book contains quite a few triggers. If you are sensitive to those, take note of my warning. Its deals with (sexual) abuse, and violent rape, which is described and depression.

It was very emotional to read at times and I cried my eyes out.

That being said…there were also plenty of times I laughed my ass off. 😉 To me, this book had everything I look for in a book…emotion, angst, humor, love, some mystery and suspense and plenty of steam with a side of kinky. 😉

Trystan is the school’s star football player. He is rich entitled, cocky. He has a love for rough and kinky sex and he is bi-sexual. He is used to getting what he wants and what he wants right now is Dakota. The cute member of the swim team, whom he has nicknamed “Guppy”.

Problem is, Dakota doesn’t want anything to do with Trystan, which is slowly bruising the man’s ego…

Dakota has his reasons for not trusting any of Trystan’s actions…hell Dakota doesn’t trust anyone. Trystan is not one to give up so easily though, and he vows he will wear this Guppy down…which of course he does.

These two were awesome together. Dakota looked so sad all the time and all Trystan wanted was to put a smile on his pretty face…

“Maybe it had been that pain and sadness that had originally sparked my interest, but it was his smile that had turned it into an obsession.”

Dakota tells him that things can’t go past anything physical, that he isn’t capable of anything more, but Trystan is so sure of himself…He will fuck his Guppy into submission make him love him.

The banter between the two of them, had me laughing until I cried… 😀

“I was gasping for air when you found me, Trystan, and you saved my life. I love you.”

I absolutely loved this one, sure it was long, but any book that can make me…laugh, cry swoon and sweat…

Is awesome as far as I am concerned!