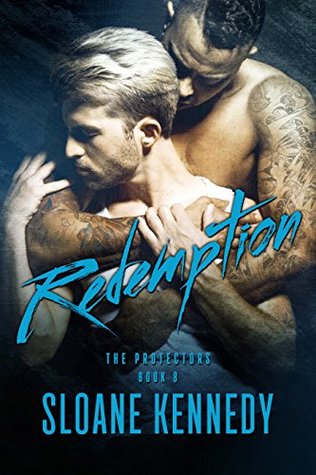 My job is to save lives. But what if the one that needs saving is the one I was sent to take?
At 33 years old, Phoenix Jones once had a stellar military career ahead of him. But when tragedy struck his family, he walked away from the path he’d chosen to be there for the one who needed him most. Except fate is a bitch and when she once again takes Phoenix’s future in the cruelest of ways, he must find a new path.
When a former army buddy introduces him to Ronan Grisham, the leader of an underground vigilante group, Phoenix knows he’s found a new family and nothing and no one is going to take that from him again. So when Ronan asks him to shadow a young man who participated in a brutal crime against Ronan’s husband, Seth, when he was a child and appears to be targeting him again, Phoenix doesn’t even hesitate for a second.
Even knowing what he must do if the young man proves to have gone back to his old ways.
Because family is everything…
I can’t come back from what I did. I’m not sure I even want to…
An ugly childhood left Levi Deming with little to do but dream of a day when he’d be free of his tormenters so he could carve out a simple life for himself, preferably somewhere far away from the family who never let him forget he was less than human. But one terrible choice at the tender age of 16 changed everything…
Wracked with guilt for the role he played during a home invasion gone horribly wrong, a now 24-year-old Levi is trying to piece together a life where he can maybe do a little bit of good, even knowing it won’t make up for the lives he helped take and it definitely won’t give back the future he stole from the young man whose agonized screams still haunt him night after night. If it were only about him, he’d walk into the nearest police station and happily tell them to lock him up and throw away the key.
But it isn’t just about him anymore…
I expected to find a hardened criminal. What I found was something else entirely…
With Ronan’s orders to terminate young Levi if he so much as even jaywalks, Phoenix expects an easy job with one clear outcome. But when a violent encounter forces Phoenix to interact with Levi, he quickly realizes the case might not be as black and white as he thought. Instead of finding a criminal with no conscience, Phoenix discovers a young man battling impossible odds and near crippling guilt.
When his feelings of disgust and anger begin to fade and turn into something else, the would-be hitman is forced to make a terrible decision between the family he needs and the young man more intent on seeking judgement than redemption.

Trigger Warning: This book contains multiple triggers which could also be considered spoilers. If you want to see what they are, download the sample or use the “Look Inside” feature and scroll to the page right before the table of contents

Note: This book contains M/M sexual content and is intended for mature audiences.
***This is Book 8 in the series, but can be read as a stand-alone story – no cliffhangers.***

The Protectors series crosses over with some of my other series, so for the most enjoyment, they should be read in this order, but it is not required:

Redemption (The Protectors #8)by Sloane Kennedy

Well, this was another heartbreaking yet beautiful story by one of my favorite mm authors.

Those of you, who are familiar with Sloane Kennedy’s books, know that she doesn’t pull any punches. Those of you who haven’t read her books before…are most likely living under a rock and missing out big time !!! I am joking though, not about the missing out part, but the rock part. 😛 If you haven’t read her books before, please take note of the trigger warning, this book deals with some heavy subjects.

Levi and Phoenix both have a heartbreaking past, but Levi’s especially was horrifying. To read what he went through and how he turned out to be as a man…yeah, he definitely earned my respect. Even though life has let him down time and again, he still tried to be the best person he could be…..seeking some kind of redemption for the hurt he has caused others in the past. Hurt he couldn’t have stopped, even if wanted to so badly. Phoenix was the perfect man for Levi. Caring, comforting, patient and loving.I also want to give some extra credit to Seth… Without him, things may have ended very differently….The steam factor in this one isn’t as high as it was in some of the other books, which was very understandable, considering the subject matters.

It was very sweet and loving though… Now I myself can’t wait for the next book.

I have been wanting to know more about Vincent, ever since he was introduced in Cain’s book and it looks like my wish is being granted in the next “Protectors” book!!!

3 thoughts on “~Review~Redemption (The Protectors #8) by Sloane Kennedy~”