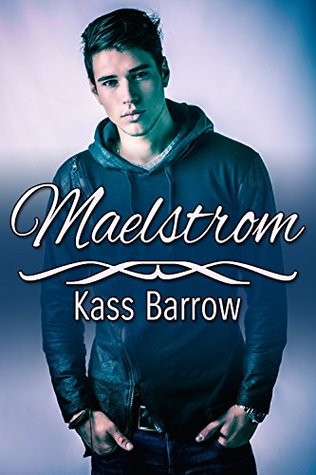 When Kylor Knightley, a multi-millionaire nightclub owner, is out talent-spotting at an open mic event in London’s Limehouse district, the last thing the stiff-lipped Brit expects is to fall head-over-heels for a devastatingly handsome singer ten years his junior.

Born in New York, twenty-two-year-old Eden McFadden now calls London home and has ambitions of making it big in the capital’s music scene. In the meantime, the feisty free spirit is secretly rocking it as a stripper at a gay club in Soho. But when fate brings him and Kylor together in Limehouse, it starts a chain of events that tears both of their worlds apart.

It’s going to take some serious attitude adjustment for the smart-mouthed stripper and the arrogant British gent to find common ground, but the attraction is too strong to ignore. Sometimes you have to trust in fate and see where it takes you.

This was a nice read, though I have, to be honest, and admit that it wasn’t at all what I was suspecting.

Kylor is a posh, kinda stuck up, businessman, looking for talent, for the club he partially owns. He is always dressed in expensive suits and even the language he uses is all prim and proper. I’m gonna have, to be honest here and say that it took me some time to get used to his character. When going to an open mic night, he hears Eden sing and is convinced that Eden is the perfect guy for the job. Problem is, Eden is gone before he has a chance to talk to him, so he tracks Eden down…to his place of employment. Eden works as an exotic dancer at a strip club, where he and his fellow dancers go “full monty” on the crowd. Eden is the total opposite of Kylor. He is passionate, a bit wild and lives his life to the fullest. He is also immediately drawn to the handsome red-head in the expensive suit.

Kylor convinces Eden to audition for his club and soon Eden finds himself with a new job.Even though Kylor is also very attracted to Eden, he won’t go there. Bussiness after all, should not be mixed with pleasure. Of course, Eden doesn’t share this opinion.

The banter between these two really made me laugh out.

Kylor often ran his mouth without thinking and at times, he was quite rude and disrespectful towards Eden. Thankfully Eden was snarky enough to have a great come-back.

The problem I, however, had with the story, was that for me, it took way too long for them to get their act together.

I was on pins and needles when we got to the 80 % mark and things finally started moving in the right direction. After all that build-up and all that talk about Eden having such a huge “member”, I couldn’t wait for the two of them to give in and finally get it on.

And they did…off the page…

Now if there is one thing that really annoys me, it’s fade to black sex scenes. In this case, I really needed more. The sexual tension between these two just keeps building throughout the book and I was really expecting a big bang !! I don’t mind reading books that don’t have any sex scenes in them…

…but I don’t like getting all wound up, only to be left hanging…

Other than the steam seriously lacking, I did enjoy this story and it did make me laugh.

I especially liked the first half of the book, the second dragged a bit and I just wanted them to get together already.