Check out this fantastic new release, read the Excerpt and Simons’s Review and grab your copy today!
Don’t forget to enter the giveaway! 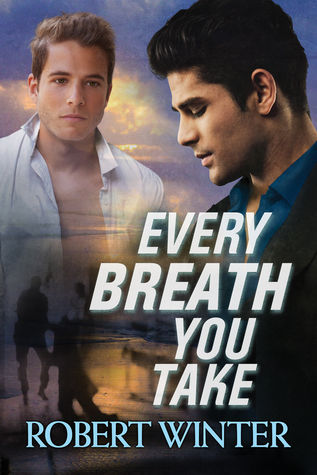 When Zachary Hall leaves Utah for a job in Washington, it’s finally his chance to live as a gay man and maybe find someone special. In a bar, he meets Thomas Scarborough, a man who seems perfect in and out of the bedroom. But Thomas never dates. He never even sleeps with the same man twice. Despite their instant connection, he can offer Zachary only his friendship, and Zachary is looking for more.

Thomas is tempted to break his own rules, but years before, he became the victim of a stalker who nearly destroyed his life. Even though his stalker died, Thomas obsessively keeps others at a distance. Despite his fascination with Zachary, he is unable to lower his barriers. Frustrated, Zachary accepts he will never have what he wants with Thomas and soon finds it with another man.

But young gay men in Washington, DC are being murdered, and the victims all have a connection to Thomas. Once again someone is watching Thomas’s every move. Can it be a coincidence? When the depraved killer turns his attention toward Zachary, Thomas must face the demons of his past—or lose his chance to open his heart to Zachary forever. Across the street the man with the silver-framed glasses stood back in the shadows and stared at the front window of the garden apartment. He could see the back of his quarry’s head as he watched a small flat-screen TV.

Eventually the head nodded forward and then jerked up. When it happened a second time, the creature turned off the TV and then the lamp and headed to bed.

The man waited for another half hour with his back pressed against an alcove formed where two brownstones met. The street was quiet. Almost no one walked by, and the lone person who came down the street failed to notice him in the shadows.

The man felt his breath grow hoarse, and blood rushed in his ears as his heart began to pound. He cultivated that sensation as he reached into his coat pocket for the screwdriver that rested there and made himself imagine the creature’s hands touching the Beloved’s face. Stroking his body. He curled his fingers around the screwdriver and then clenched and unclenched rhythmically. Its thick handle felt rough against his palm because of the grooves and sharp edges he had chiseled into it. He had ideas for other implements that would serve his purpose, but for now, this would do just fine. This would make his point.

His throat was dry, and his eyes burned from focusing on the darkened window, but he felt invincible. The tension in his body climbed exquisitely, and when he could take no more, he slipped across the street and stepped down to the locked gate. It opened easily with his small set of picks. The gate made no noise when the creature went through it earlier, so he was confident and quick and didn’t bother to lock it behind him. Child’s play, he thought as he worked the lock on the apartment door.

The tumblers clicked into place.

He stored his lockpicks, slipped inside the darkened apartment, and then closed the door behind him as silently as he could. Streetlight came through the slatted blinds the boy had failed to close completely. He waited quietly until he heard a faint snore from the back and then removed his glasses and tucked them in an inside pocket of his jacket. The scarf his quarry had been wearing caught his eye, and the man bared his teeth as he lifted it off the coat tree and tugged it tightly between his hands. It was well made. It would hold. He smiled.

He slid through the gloom toward the room where the creature lay sleeping. He was hard, and the blood in his erection pulsed in time to the pounding of his heart. That boy had dared to touch his Beloved. He had probably even been fucked by him. But that wasn’t enough—oh no. He came back for more.

It had taken the man so long to find his Beloved and interpret his subtle clues. He finally understood what was required of him. The undeserving gnat must be chastised, and he would be the Beloved’s angel of retribution. He was conscious of the weight of the screwdriver in his pocket, the scratch of the wool scarf in his hands, and the power in his arms.

He reached for the boy on the bed.

Robert Winter is a recovering lawyer who likes writing about hot men in love much more than drafting a legal brief. He left behind the (allegedly) glamorous world of an international law firm to sit in his home office and dream up ways to torment his characters until they realize they are perfect for each other. When he isn’t writing, Robert likes to cook Indian food and explore new restaurants.

Robert divides his time between Washington, DC, and Provincetown, MA. He splits his attention between Andy, his partner of sixteen years, and Ling the Adventure Cat, who likes to fly in airplanes and explore the backyard jungle as long as the temperature and humidity are just right.

5 Signed Copies of Every Breath You Take