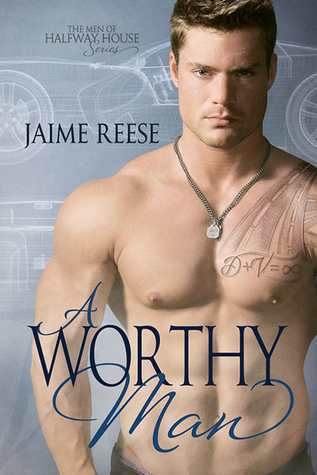 A story of two men and the boundless love that forever changed them.

Vannguard Shaw has spent the last ten years serving a life sentence and adjusting to the ache of solitude. He accepts his fate, a sacrifice for the only man he ever loved and the one person who saw beyond his rough edges.

Drayton grew up with a trust fund and pre-planned future, but an unexpected encounter one night forces him to abandon everything and start from scratch. He is now a self-made man and developer of one of the most sought after electric exotic automobiles in the world with a fortune greater than that of his birthright. Yet, he’d surrender it all—again—for the only man who’s still ever-present in his heart.

After a decade and entirely too much distance between them, Vann is suddenly released back into a world that has been nothing but cruel. Drayton never lost hope they would once again reunite and pick up where they left off, but Vann’s stubborn nature and repeated encounters with a heartbreaking world prove to be a challenge.

Vann needs to tap into his fighting spirit’s reservoir of strength and hope life doesn’t punish him for taking a chance. Only then will he realize his own value and feel worthy enough to finally have Drayton’s heart. And their chance at forever.

Although part of a series, this is a full-length stand-alone novel.

A Worthy Man (The Men of Halfway House #5)

I have read and enjoyed every single book in this series. I have also read little snippets of Drayton and Vann (especially Drayton) in the previous books and I was very curious about their story.

Thankfully it did not disappoint.

This book can be read as a stand alone, but I myself would advise to also read the other books in this series, so you have an idea of who all the side characters are, and how the  “Halfway House” came to be. Drayton himself is also introduced in book 3. Having read the previous books myself, I already knew that Drayton and the love of his life Vann, have been separated for a long long time.

This, because Vann has spent the last 10 years of his life in jail.

The two of them met when Vann was about 14 and Drayton was 17. Both so different from one another. Drayton’s parents rich and high class. Vann’s father an abusive drunk. Drayton didn’t have any friends, and his geeky appearance made him a huge target for bullies…

…That is until Vann stepped into his life and became his personal savior. 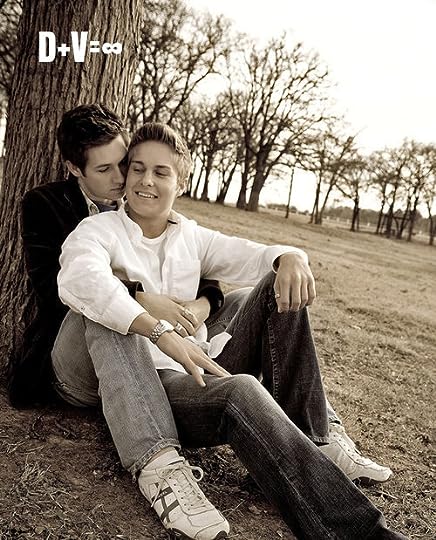 They became the best of friends after that, taking the step to lovers when Vann turned 18.

They had 7 wonderful years together…

…until a horrific tragedy tore the two of them apart.

Drayton has been writing letters to his lover for 10 years, even knowing that none of them would receive a reply. In these 10 years, he has started a company, D&V Infinity, out of nothing. By using Vann’s old design drawing and his own mathematical brain, he produced an electrical car, which among other things has made him a very wealthy man. But being rich isn’t everything and Dray doesn’t have the people skills that his lover did.

He is a bit socially awkward and a lot lonely.

He never went in search of another lover, cause Vann was his everything. He never gave up on the love of his life and now that Vann is about to be released, he is ready to show him that they still belong together…and he wants to share all his success with him.

But Vann…he really hasn’t had it easy the past 10 years. He had to build up his walls in prison and he isn’t ready to let them all down, no matter how much he still loves Dray. He doesn’t feel adequate enough to be with Drayton and he really lacks a lot of self-worth.

“I wish I were someone else…someone who matters.”

Thankfully these two never give up on another and they really do bring out the best in each other.And they really do need each other, because life is not done messing with Vann and he just can’t seem to catch a break. But Drayton is there for him…every step of the way.

“You and me forever. We’re a team, You can’t argue with the math.” Very slowly Vann starts to find his place in the world again…right by Drayton’s side. These two don’t have it easy and there is definitely some angst in this book. I cried on more than one occasion, but what I mostly felt was hope and the love these two men have for one another…even after all this time apart.They were also very HOT when they finally got the chance to be together.

I think this must have been the hottest book in the series so far. 😛

“I’m going to fuck you, over and over, until your body memorizes how it feels to have me inside you and reminds you of that feeling every time you move.”

A wonderful “second chance at love” story. This was not my favorite in the series because I think that will always be “Cole’s” book, but it is a very close second.

I myself can’t wait to read each and every one of them.

*The books reviewed on this site have been provided by the publishers, authors, authorized other third parties, or are bought by us, from the websites which are authorized to sell them. All the books reviews written by us, are our personal and honest opinions. Our expressed thoughts and opinions were not influenced by the authors/the publisher, or anyone else, in any way. The description books and the covers are borrowed from specialized sites.* The images on this site we use for promotions posts, they are not owned by us. They are provided by the Authors or the people we work with, who are authorized to send us the materials. The images added into reviews, or on this site, are included for the audience's reference and enjoyment only. We don't have any intent to profit from such images. *DirtyBooksObsession does not claim ownership of these images. and has no intent to infringe on any intellectual property rights. If you see an image that you would like to have removed, please contact us with your request and proof of ownership, and we will remove it promptly.* Thank you for your understanding!
Follow ~Dirty Books Obsession~ on WordPress.com
Join 1,695 other followers