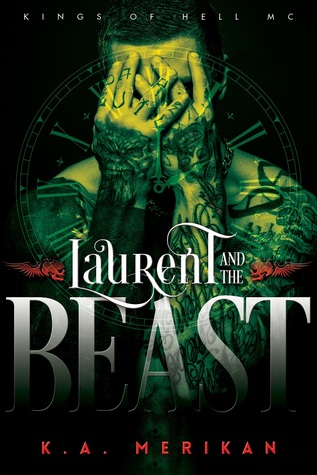 Nothing can stop true love. Not time. Not even the devil himself.

1805. Laurent. Indentured servant. Desperate to escape a life that is falling apart.
2017. Beast. Kings of Hell Motorcycle Club vice president. His fists do the talking.

Beast has been disfigured in a fire, but he’s covered his skin with tattoos to make sure no one mistakes his scars for weakness. The accident not only hurts his body but damaged his soul and self-esteem, so he’s wrapped himself in a tight cocoon of violence and mayhem where no one can reach him.

Until one night, when he finds a young man covered in blood in their clubhouse. Sweet, innocent, and as beautiful as an angel fallen from heaven, Laurent pulls on all of Beast’s heartstrings. Laurent is so lost in the world around him and is such a tangled mystery, that Beast can’t help but let the man claw his way into the stone that is Beast’s, heart.

In 1805, Laurent has no family, no means, and his eyesight is failing. To escape a life of poverty, he uses his beauty, but that only backfires and leads him to a catastrophe that changes his life forever. He takes one step into the abyss and is transported to the future, ready to fight for a life worth living.

What he doesn’t expect in his way is a brutal, gruff wall of tattooed muscle with a tender side that only Laurent is allowed to touch. And yet, if Laurent ever wants to earn his freedom, he might have to tear out the heart of the very man who took care of him when it mattered most.

Laurent and the Beast (Kings of Hell MC #1)

It’s no secret that K.A. Merikan are two of my favorite MM Authors.

Their stories are brilliantly unique-you never quite know what to expect.This is a very well thought out, cleverly written story.What happens when two worlds collide and two very different men are drawn to each other.One, completely innocent and one worn down by a life he never envisaged for himself.

-1805
Laurent Mercier is just 19, an indentured servant, separated from his family.

He cuts quite a lonely figure…he has no sexual experience but yearns for the touch of a man..His one passion is his love of books, so when he thinks he’s met a kindred spirit and someone he’s attracted to he is finally ready to give in to his desires.He could never have foreseen how his life was about to be changed forever. 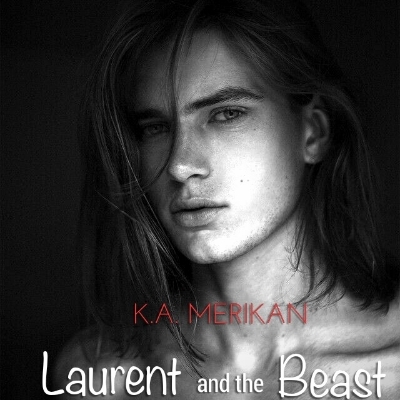 The last thing he wants is pity from anyone so he chooses not to seek the company of other men and is resigned to be alone.But appearances are definitely deceptive because deep down he’s a good man.

When Laurent enters his world he has no idea what to make of the strange, beautiful, young man…but, one thing is clear, he’s deeply attracted to Laurent.But could someone like that be attracted to him? 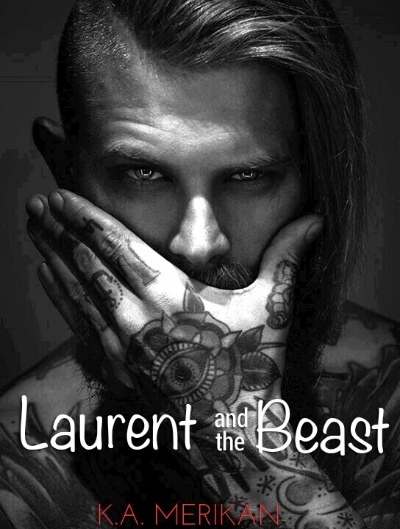 These Authors have created some truly fascinating, engaging characters in their books and Laurent is no exception.I just adored him.His beauty, his innocence, his naivety and his strength captivated me.
But, has he left one life as a servant only to become a prisoner in another life?And how far is he willing to go to live his life the way he wants to?

Laurent and Beast’s story is far from perfect at times.Beast’s insecurities about his appearance are always there, bubbling away under the surface and while Laurent might be innocent he knows what he wants from life.As they get to know each other Laurent sees past the outward appearance and really sees the man Beast is inside.

“I once knew an incredibly handsome man.When you looked at his face, his beauty made you assume he was the perfect gentleman.But deep down, in his heart, he held evil you wouldn’t comprehend.People are wrong to judge you by your scars.”

This story has a dark, gothic feel to it.As a reader, you know what Laurent must do to obtain his freedom but you really have no idea how things will play out.

I can already tell it’s going to be an amazing series and with three more books to come, I’m totally invested.

He’s a total manwhore in the most delicious way but I’m guessing there’s a lot more to him.

One thought on “~Release Day Review~Laurent and the Beast by K.A. Merikan~”