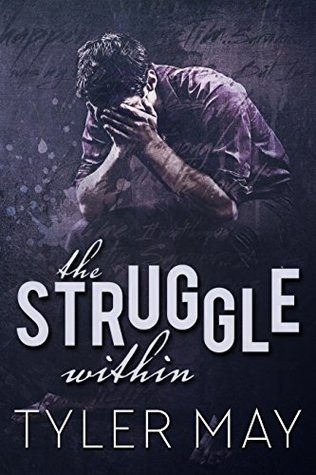 Through Ryan’s trials, there are three different perspectives: a best friend watching from the outside, a lover desperate to get in, and his own mind.
His struggles were theirs. He just didn’t know it.
A tragic accident changed Dr. Ryan Jacobs’ life and freed him from a past he thought he’d never escape, but with that freedom came the realization: he could escape the man, but would be bound to the torturous battle within his mind. Fighting for control of his thoughts, he lived recklessly in a life of addiction and the next good time. Wearing a mask of deception, and hiding it beautifully behind his playboy ways, he fooled himself into thinking this was the real him, but he couldn’t fool everyone.
Dr. Michael Jonas considered Ryan more than just a friend, he was his family. With the support of his wife, Michael held Ryan’s hand, listened to him cry, and helped him through the hardest events of his life. He could see through the fake smiles and playboy attitude, seeing his best friend for the man he really was. After Michael’s wife had given birth to their first child, Michael vowed never to let pain affect his family again, Ryan included. But Michael carried his own burdens and watching Ryan struggle was harder than he thought. It tore him apart, silently, until there was only one choice. Save his best friend before it was too late.
As a high-powered attorney, Jayson Alexander thrived on easy thrills both in his professional and personal life, but when his heart broke the rules, he had no choice but to break it and run from the pain. Obsessive about controlling his own life, he set goals and rules and tried to ensure his own happiness, but life had a different plan. So he sought out answers and took on a case that would eventually change everything. He was drawn to Ryan from the moment he laid eyes on him. With a magnetic connection he couldn’t deny, he found Ryan irresistible, but he found out quickly the connection was more than physical. Jayson wanted Ryan, but how could he fight the demons Ryan’s mind was creating and stop them from pushing him away?
Ryan built a force field around his heart, vowing after that tragic day, no man would be allowed close enough to ever hurt him again, but with the support of his best friend and the man he loved, could Ryan beat The Struggle Within once and for all?

Due to strong sexual content and language, The Struggle Within is intended for mature readers 18 years of age or over.
Trigger warning: The Struggle Within may contain a subject matter that is sensitive to some readers as it deals with domestic abuse, self-harm, and addictive behavior. The author asks that the reader please take these warnings seriously and requests discretion be advised.

The Struggle Within by Tyler May

Where to start with this review?

Story wise, it’s going to be vague-I don’t really want to give anything away.I was definitely apprehensive about reading this but I’m all for diversity in books and I’m finding more and more that books that take me out of my comfort zone, actually work for me.

It deals with mental, physical, and emotional abuse, but it’s also a story of friendship, love, and hope…hope, that anyone who has suffered from any form of abuse can eventually find happiness.

Before and after the story there are personal, real-life stories of men who have suffered from abuse and I found their stories incredibly moving. 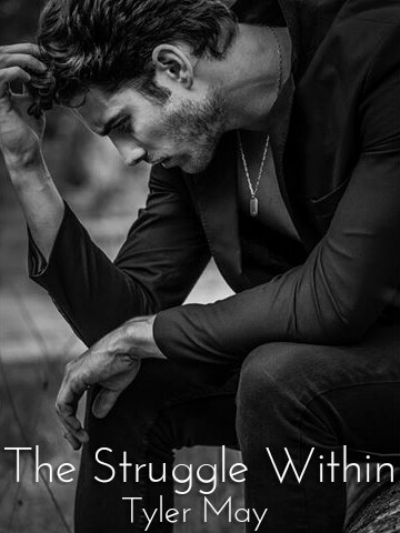 “I played roulette with my body, keeping my mind pacified and my heart safe.”

While it’s Ryan who was abused here, it’s not just his story. It’s about three men and their connections to each other.

Michael is Ryan’s friend but he’s so much more than that.He’s an ever present, positive force in Ryan’s life.In my view, he plays a massive part in the man Ryan ends up to be.

Jayson, an attorney, plays an integral part in the story…he never gives up on Ryan.

I’ve got two close friends who suffered from mental and physical abuse…not to the extent Ryan did, and thankfully they walked away and found happiness.My point in mentioning this is that I thought the Author has perfectly portrayed what victims of abuse go through.

The feelings of no self-worth.
The shame…
Being trapped in a relationship they are unable to walk away from because they feel so defeated.

Ryan’s story is heartbreaking but it felt real.As a reader, you go on a journey with him.The anonymous sex, the use of prescription drugs are all coping mechanisms…

Until he finally finds happiness.