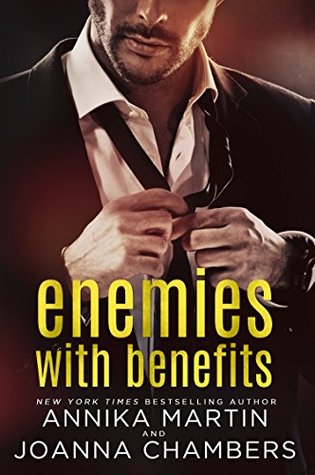 They’re dangerous men. Absolute enemies. And totally hot for each other.

Two years ago, the men in Will’s unit were killed in an ambush because they were betrayed. Now, Will has a chance to go after the corrupt billionaire who sold them out.
One problem: the billionaire’s bodyguard. Nobody knows what he looks like; they only know him by the trail of bodies he leaves behind.

Will their passion destroy them both?

Kit’s a hardened assassin who’ll do what it takes to protect his boss. But when Will moves on the billionaire at an elite party, things with Will and Kit take an unexpected -steamy-twist.
Now Kit has to convince Will to walk away–from his quest for justice, and from the red-hot passion that’s spinning out of control.

This is the prologue novella for ENEMIES LIKE YOU, out May 15th, 2017

…it was also pretty HOT.

Will is a (freelance) assassin, working on an assignment for the CIA, to get revenge on the man responsible for the death of his fellow soldiers…Sergei Polzin

Kit is Polzin’s bodyguard and though he would love to see the man dead…there is something he needs before that can happen. So he won’t let anyone kill his boss.

Will and Kit come face to face soon enough and both men are quite surprised about the sexual tension between them.

What follows is “panty dropping ” HOT. 😀 I really enjoyed this prequel and it made me very curious about “Enemies like you”. Enemies to lovers are one of my favorite tropes and seeing how hot this little number was…

I have high hopes for the full novel.