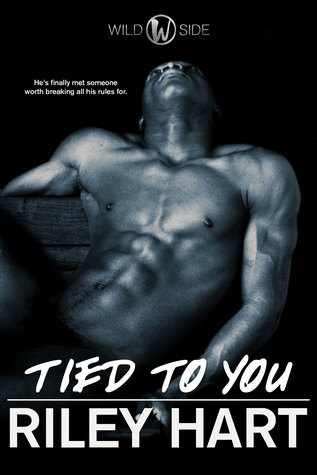 Miles Sorenson prides himself on his brutal honesty. Facts and logic are a hell of a lot easier to deal with than emotions. He’s got his career and a small, close-knit group of friends, and he doesn’t need nor want anything else. The total opposite of Quinn Barker, who doesn’t take life too seriously and thinks a good laugh can cure anything.

When Quinn takes Miles home, it’s supposed to be a one-time deal. Except they really click in the sack and end up spending the weekend together, enjoying each others’ bodies as much as their company…to Miles’ dismay. Matters get even more muddled when, months later, they run into each other at the popular West Hollywood bar, Wild Side, and pick up right where they left off.

On the surface, Quinn and Miles are like oil and water, but the draw between them is undeniable. As their lives further entwine, they realize there’s more to their connection than the way they singe the sheets together.

But demons from the past have a way of catching up, and no matter how strong the link is tying Miles and Quinn together, the pressure may be enough to make it snap.

Tied to You (Wild Side #2) by Riley Hart

I did not read the previous books in this series so I didn’t know anything about Miles and Quinn going into this book.

It starts off with the two of them spending a weekend together and it has little flashbacks of how they met. In the beginning, I felt like I had started reading in the middle of the book and had missed an important part, but after the little time jumps, things became clear to me.

turns into a whole weekend spent together.

This confuses Miles especially because he doesn’t normally do repeats. Sure the sex with Quinn is awesome, but that has never been a reason for a repeat before…

When the weekend is over, he walks away like he always does, but soon they come face to face again at a bar and…

Slowly these two get to know more about one another.

Where Miles keeps a lot to himself, Quinn is more outgoing and he actually gets Miles to talk and open op. These two have some things in common, they were both abandoned as children. But while Miles was adopted by a loving family, Quinn grew up in foster care. Quinn had a hard time growing up and it did leave some (invisible) scars, but he was still an all round happy kinda guy and I really liked that about him.

I had a harder time with Miles, especially in the beginning, but he grew on me the further the story got…guess he just needed some Quinn in his life.

As for the steam…I was surprised that my Ipad didn’t catch fire !!! These boys like it rough and Quinn loves Miles dominating him.

“Get on your knees for me baby boy. I want to see my cock stretching those pretty lips of yours”

All in all, these guys were perfect for each other.

Miles was especially struggling with some things and Quinn being there for him was everything he needed.