Today we have the Blog Tour  for,

Faking It with Damian by D.J. Hunnam

Check out this fantastic new release and grab your copy today! 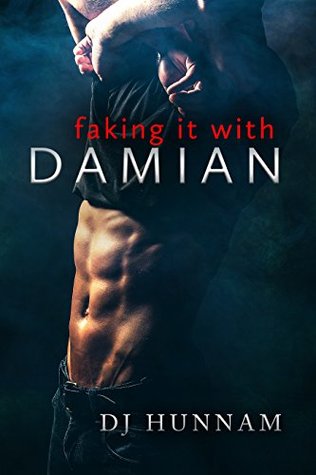 I don’t do relationships… especially not with egotistical jerks like my new boss, Damian Wood. The man is vile, arrogant, condescending… and scorching hot. If he weren’t my boss and a grade-A a*&hole, I would turn on my world-famous charm and seduce the pants right off the man. But giving in to his undeniable allure might just cost me my job. Or worse yet, my heart.

I’m a prick…and Janice Holder’s new boss. Which means I should stay away, but I’ve never claimed to be a nice guy. If I don’t get my twisted fascination under control, it will only be a matter of time before I bend her over my desk and screw her. Hard. The way I’ve imagined no fewer than a thousand times since we met. I’m playing with fire and neither of us can afford to get burned, but landing in hot water might just be worth the risk.

Faking It is a full-length, standalone office romance. It contains steamy scenes with a ton of heat and strong language intended for mature audiences.

First introduced to the genre by her grandmother, DJ Hunnam is an author with a true love for great romance novels. After reading hundreds of them over the last twenty years, she finally decided to put pen to paper and craft her own happily ever afters (HEA). She loves to write about strong heroines who fall in love with even sexier heroes, while tackling real-world problems. Her books are packed with sizzling scenes sure to make you blush. 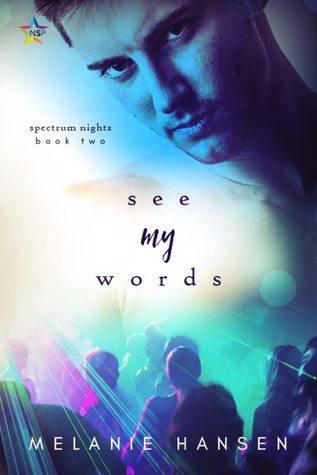 Successful underwear model Scott Ashworth is lucky—his attack at the hands of an unknown assailant will leave no visible scars. His professional goals are still within reach, and best of all, his stepbrother Rylan Mahoney is back in his life, their teenage infatuation, at last, getting the chance to deepen into something more.

Thrown together by the circumstances of Scott’s injury, Rylan’s long-dormant feelings for him are quickly rekindled, though he’s haunted by the memory of Scott’s disappearance on the night of his eighteenth birthday and the six missing years that followed. Rylan pushes Scott for the truth, a firm believer in the maxim that secrets lose their power once they’re shared—but resurrecting old demons almost always comes with a price.

Before Scott knows it, his life is spiraling out of control, his toxic insecurities welling up to threaten the fragile relationship he’s building with Rylan. Learning to let go of the past and believe in himself will be Scott’s greatest challenge, or else he risks losing Rylan forever this time.

Wow, this book put me through the wringer…

I was very excited to start this one after book 1 left me with that big cliffhanger.

This book starts up, right were book ended, and I won’t be saying anything about the events that took place, since I don’ t want to spoiler book 1.

These guys didn’t have it easy in book 1, but this second book doesn’t pull any pushes either. To say that their relationship was rocky would be putting it mildly.

There were times I wanted to slam my Ipad against the wall, because of Scott’s behavior.

Then I figured it would be better to slam Scott into a wall since I love my Ipad so much. 😀

Now, don’t get me wrong…Scott has his reasons for behaving the way he does, but at some point, his whole “woe is me” behavior, started to grate on my nerves.

So why continue reading?

Well because the story is really good.

It kept me on the edge of my seat and Ryan…Ryan was such an amazing guy. I wanted him to be angry…I wanted him to walk away…But to be honest, that’s just not who Ryan is.

He is loving and caring and he could see right through Scott.

It takes a long time for Scott to pull his head out of his ass, but I was so thankful when he finally did. The push and pull were driving me insane…

…but I sooo wanted my boys to be happy together.

If you don’t mind the angst, I would definitely recommend this series…