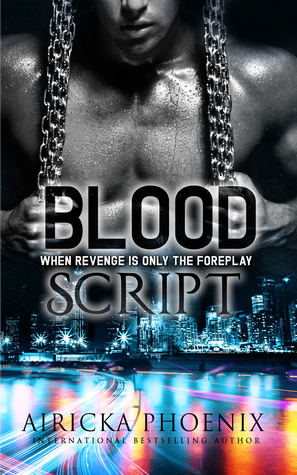 He was insufferable, deeply scarred, and frustratingly gorgeous, and he was the man who was blackmailing her into tying the knot.

Cora Harris has never had luck with men. Being the daughter of a ruthless crime boss tended to put a dent in any relationship, but she never imagined she’d get kidnapped in the dead of night by pirates. She sure as hell never imagined the asshole with the smoldering gaze would threaten everyone she loved if she didn’t become his wife.

Only Captain James Crow wants more than just her hand in holy matrimony. He wants her absolute submission. He wants her pain. He wants the one thing she’s never given anyone — her heart. But is he willing to give the daughter of his sworn enemy his in return?

“How easily his eyes could make her forget that he was her captor. Not her savior.”

But when the truth is revealed, can James keep Cora from the true evil in their midst? Can he win before his revenge cost him more than just his life? And how far will Cora go to free herself of the man who enchanted her, seduced her, and when she submitted, imprisoned her?

Vengeance and betrayal will either bring two warring families together or obliterate them all.

This is my first read from this author, and my first read with and about the inside of the Mafia. Thru all the book I keep forgetting that the action of the book was in our days. I kept going back in my mind like it was a historical romance.

When I read the blurb and I saw that the book it is about a pirate, I said: “woooow…. hell yeah I’m definitely in”.

Although the book is about a pirate, most of the action happens on the land.

So…we have Cora, a daughter’s mob mafia, the most powerful man of all. Cora is a beautiful brunette with hazel eyes. She loves her parent’s very much and she knows very well what business they run. She doesn’t have a boyfriend in a long time, because of her father power. Every one of them got scared or got removed. She is very stubborn, funny and sometimes very naive.

And when it comes to defending what is hers… Her father runs and controls everything.

When you are the Boss of the Mafia, you expect to be killed, or your family to be in danger because you make harm to a lot of people and you gain a lot of enemies. So Cora is kidnapped, by an enemy of her father, a pirate, but actually, this pirate is made by another enemy to kidnap Cora and wants to use her to get to her father. But plans change.

James is a hot sexy specimen of a man, with dark hair and eyes. He is very determined, smart, arrogant,  protective, dominant and very persistent in what he want’s and how he want’s it.James loves to be a pirate, loves his ship and his crew…and especially loves to live on the sea/ocean.

His life was ruined by one mob mafia…

…and he seeks revenge with all his soul and his heart.

But his time has come. Now he has his chance. He changes the plans, or so he thinks he can change them. But actually the plans change themselves and he doesn’t even know.

What I liked about the book was that it had a Romanian character, Nicholas. Yeyyyy.

The story was really good and the sex scenes were really hot.

One thought on “~Release Day Review~Blood Script by Airicka Phoenix~”