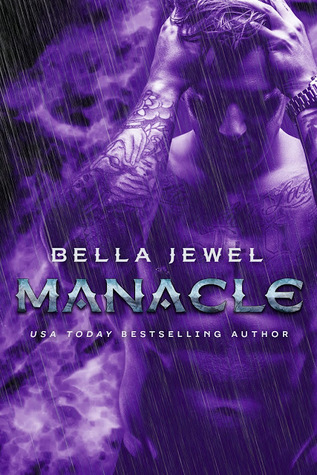 I have read a lot of Bella Jewel’s biker books, but the “Next Generation” is my favorite series so far. Each book features a son or daughter from one of the couples of either the”Jokers Wrath” series or the “Hells Nights” series.

This time around we gets a son and a daughter. It’s Danny and Skye’s turn.

Danny is the son of Spike and Ciara (Hell’s Knights 2). He has grown up around the club and he has been groomed to take over as club president when the time comes. The club is his life and he can’t wait. For him, running the club is a dream come true, it’s who he is.

There is just one other thing Danny really loves…and that’s Skye. Skye is Cade and Addy’s daughter (Hell’s Knights 1) She also grew up around the club and she and Danny have been best friends forever. Eventually, their friendship grew into much more and now they have been sleeping together for years, without anyone else knowing. Danny is ready for more. He is about to become president of the club and he wants Skye as his old lady. He knows she loves him just as much as he loves her and he doesn’t want to sneak around anymore.

But Skye is about to leave the club…

Skye doesn’t want what Danny has to offer. She really does love him, but she wants away from the club. The last couple of years have scared the crap out of Skye and she convinced herself, that she wants a safe life outside the club. She doesn’t want to get hurt but more important, she doesn’t want her future children to get hurt, because of club business. She has seen her aunt and her friend get hurt and this is not something she would want for her family. If only she could convince Danny to step down from the club…But he won’t.

“We want two different things, and neither of us is willing to give up on what we love.”

I have read a lot of reviews before I started this one and a lot of people seemed to dislike the heroine for her choices and for what she did. I, however, didn;t have a lot of problems with the heroine, which is surprising because I am usually very hard on them. I just kinda got where she was coming from. I have read the previous books, what was happening to the daughters of all the members and I could understand why she was scared. Danny also knew she was scared and even though he promised her that he would keep her safe (which is a promise he couldn’t make and couldn’t keep), he also didn’t offer her to step down. So why would she have to be the one to give in. Her heart was breaking just as much as his was….

So she goes…leaving Danny and the club behind.

Now saying that I understand where Skye was coming from, doesn’t mean that she didn’t make some stupid mistakes that had me frustrated…Especially her wishy-washy behavior drove me up the wall.

She made up for it though and to be honest, Danny annoyed me a time or two too!!

These two really needed a lot of work getting their shit together, but all in all, this was one of my favorite books by Bella Jewel.

Probably, because there was a lot of club stuff going on and that meant a lot of interactions with all the other MC’s I have come to know and love.

Once they got their shit in order…

…these two were pretty awesome together and quite hot!

I hope we’ll get more books in this series, because like I said…so far it’s my favorite.

2 thoughts on “~Review~Manacle by Bella Jewel~”