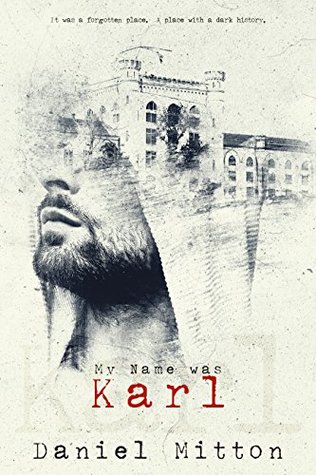 It was a forgotten place. A place with a dark history. Thousands of men had passed through its doors during the first three quarters of the twentieth century. Most had served their time and moved on. But not all had been so fortunate.
As the years ticked by and the seasons changed, the old prison moldered away, but one thing stayed constant.
In the deepest part of the night, on the darkest nights of the year—particularly in spring, if you were sensitive enough to hear them—sounds could be heard coming from the deepest bowels of the lowest level basement. All was not right. Something was waiting, alone in the darkness.
Waiting for someone to finally hear its sorrow.
When Petty Officer Ben Pierce decided to explore the long abandoned Naval Prison next to his decrepit barracks, the last thing he expected to find was a mystery.
Something is in the Prison. Or is it someone? Where is the weeping coming from? When Ben follows the sounds to an ice cold, but empty, cell, he isn’t sticking around to find out any more details.
But now he can’t get it out of his mind.

My Name was Karl by Daniel Mitton

I was a bit worried about this one since I don’t read historical and I don’t enjoy reading about WWI or WWII. This little story wasn’t like anything I expected, though…

First things first. If you intend to read this one, make sure you suspend your disbeliefs. I am very open-minded, but even I had to have a little talk with myself… This book starts out pretty harsh.

It starts in the year 1945 when Karl is a radio operator on a German U-boat. They get captured by the Americans and Karl is immediately picked out of a line-up by one of the guards. This is the start of some horrifying events, which leave Karl, to die, 3 days after being captured…alone and naked in a solitary prison cell.

My heart broke for Karl and even though I normally don’t read historical or war-stories, I found myself intrigued by everything that was going on. It was a very emotional part and I really found myself choking up.

Ben works for the American Navy and he is being housed in a building right next to the old prison, where Karl died. A night of wandering through the old prison leads him to certain prison cell…

…a prison cell that seems to be occupied because someone is crying on the inside….

Ben beliefs in ghosts, especially after meeting Karl. He’s not scared, though. Karl is a sweet man around his age and if things were different, he could even see himself with someone like Karl.

These two became fast friends while Karl was tagging along with Ben. That friendship soon turned into something more. I actually started to get worried, because I really couldn’t see how this could end in a HEA.

This is the part where I really had to suspend my beliefs…. Unbelievable as this little story was, I did really enjoy it.

After a while, I figured…what the hell and just went with it.